Are there full details on why the UK Government has stopped reporting how many people have been tested for COVID-19?

As far as I can tell, the last daily update from the Department of Health and Social Care on the pandemic which included figures on how many people have been tested for COVID-19 took place on May 22nd. 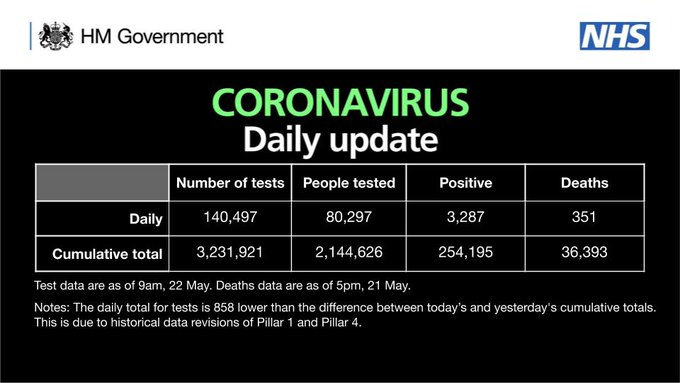 Since then, the DHSC has omitted this statistic from its daily release, instead blaming 'technical difficulties with data collection'. 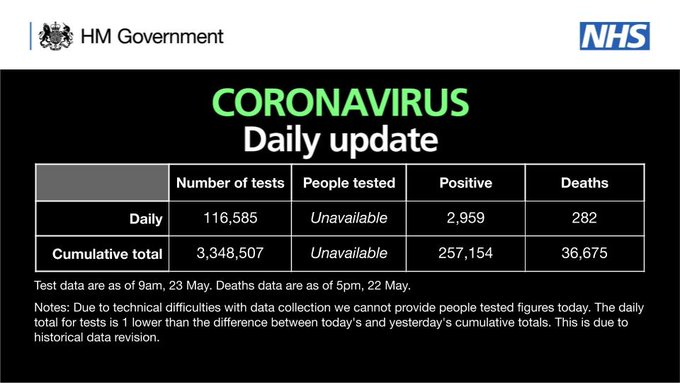 Since then, the Chair of the UK Statistics Authority, Sir David Norgrove, has written to the Health Secretary, Matt Hancock, in part to express his concern at this omission:

Thank you for your letter of 27 May, in which you described some welcome, though limited, additions to the official data on COVID-19 tests, including a proposed note on methods (not yet published at the time of writing). I am afraid though that the figures are still far from complete and comprehensible.

the notes to the daily slides rightly say that some people may be tested more than once and it has been widely reported that swabs carried out simultaneously on a single patient are counted as multiple tests. But it is not clear from the published data how often that is the case. Figures for the overall number of people being tested have previously been published but are not available in the published time series.

Has the Government or the DHSC given a full explanation of why this 'people tested' statistic has not been reported since May 22nd, aside from the 'technical difficulties' cited in the above image?

So far as I'm aware the government had not offered any kind of explanation at all until today 5 June 2020. Please see the section of this webpage, Number of coronavirus (COVID-19) cases and risk in the UK, headed "5 June notes":

To ensure consistent reporting across all pillars we have paused reporting the number of people tested due to an issue with the data for pillar 2. There are a small percentage of cases in pillar 2 where a person has been tested more than once or tested positive for coronavirus more than once. Any incorrect figures identified will be corrected.

I wonder as well whether there is any connection with the 29500 tests invalidated after being flown to the USA for analysis following technical problems at a laboratory Northern Ireland. It seems to me that for the purpose of that table you reference the people whose tests were invalidated no longer count. But that's my speculation.

An ongoing problem is that the government has not been particularly clear about the numbers, causing Sir David Norgrove, Chair of the UK Statistics Authority, to write two very critical letters to them.

Not the answer you're looking for? Browse other questions tagged united-kingdom covid-19 public-health .

6
Has anything been published about how YouGov determined the figures they are using for predicted turnout by age?
13
Has there been a random survey of a population for COVID-19?
2
Have non-health government officials in Western countries (besides the US) publicly pushed for specific medications for Covid-19 contra PH officials?
1
How were the UK's five lockdown tests drawn up?
2
Is the UK reporting (extra) deaths in care homes now as related to Covid-19?
2
Have there been any results of the CDC investigation in the Guatemala suspension of deportations allegedly due to Covid-19-infected deportees?
1
What led the UK Government to switch to a decentralised COVID-19 contact-tracing app?
6
What reasons have been given for 'breaking up' Public Health England?
1
Why has the response from the Thai government to the third COVID-19 wave been much more measured than at the beginning of the COVID-19 pandemic?