I am curious about reverse-pivot areas by municipality. A reverse pivot area is defined as an electoral jurisdiction that voted Republican in 2008 and 2012 but voted Democratic in 2016 for president. I want a list of towns that acted this way in the last three elections in New Jersey.

There are 6 such counties in the US and half of those are in Georgia. I know they exist because I live in one in NJ.

By using the municipality-level data from the NJ Division of Elections, for 2008, 2012, and 2016, there are 16 such municipalities, in five counties. 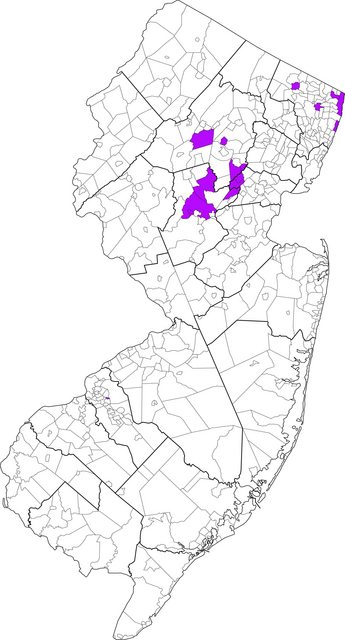 6
Have any municipalities in the US ever used approval voting?
18
How could Philadelphia join New Jersey?
6
Why can New Jersey discriminate against age but not race or gender?
4
New Jersey budget plan
1
Can I vote for candidates from a different district in the New Jersey Democratic primaries?
3
New Jersey 2014 senate votes by municipality?
1
Is California more liberal than Vermont?
5
What accounts for the Republican shift in Appalachia?