Assuming Trump wins only the states with Republican governors, what will be the outcome of the 2020 election?

Assuming Trump wins only the states with Republican governors, and the states that divide their electoral votes follow their 2016 patterns, what will be the outcome of the 2020 election?

I referred to Ballotpedia's article on state government trifectas and 270towin.com's preset for the 2016 election to map electoral votes. I set the states according to the party of their governors. This is the result: 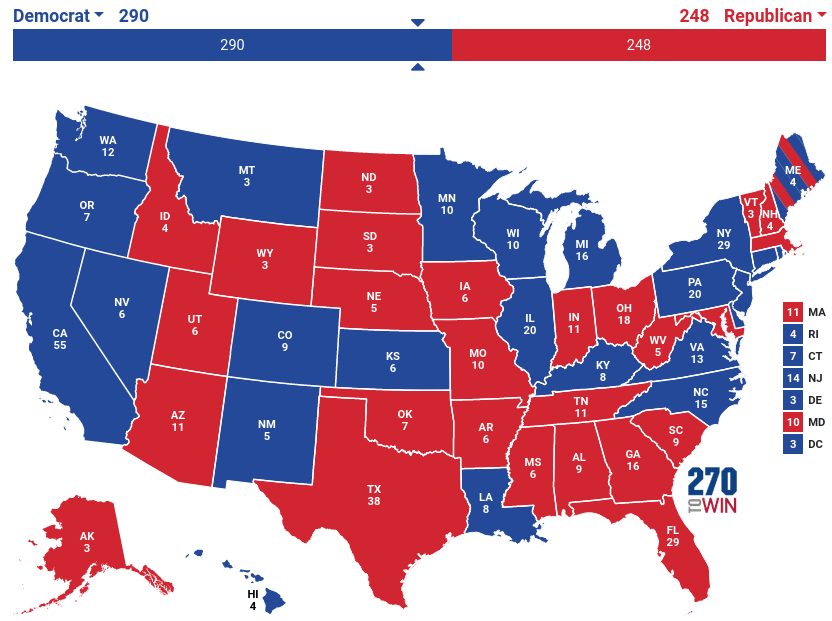 In actuality, Trump lost the election 306 to 232. He lost Arizona, Georgia, Maryland, Massachusetts, New Hampshire, and Vermont despite their Republican governors. He won Kansas, Kentucky, Louisiana, Montana, and North Carolina despite their Democratic governors.

5
Who would win the presidential elections in the US if electors are appointed by State legislatures along to party lines?

46
Why aren't Republicans more focused on mobilizing a movement towards 'dethroning' Trump?
47
What would Russia have to gain from interfering with the US presidential election?
15
What if there is no Presidential winner on Jan 20?
6
What penalties if any can be imposed on faithless electors specifically from Arizona, Nevada, Michigan, and Wisconsin?
19
How exactly was the Texas v. Pennsylvania lawsuit supposed to reverse the 2020 presidential election?