Where do the democratic and republican matched animal logos come from?

The democrats are commonly represented by a donkey and the republicans by an elephant and there's many articles that will explain which cartoonist created the associations in the 1870s. What I haven't found an explanation for though, is "Why this specific donkey? Why this specific elephant?" 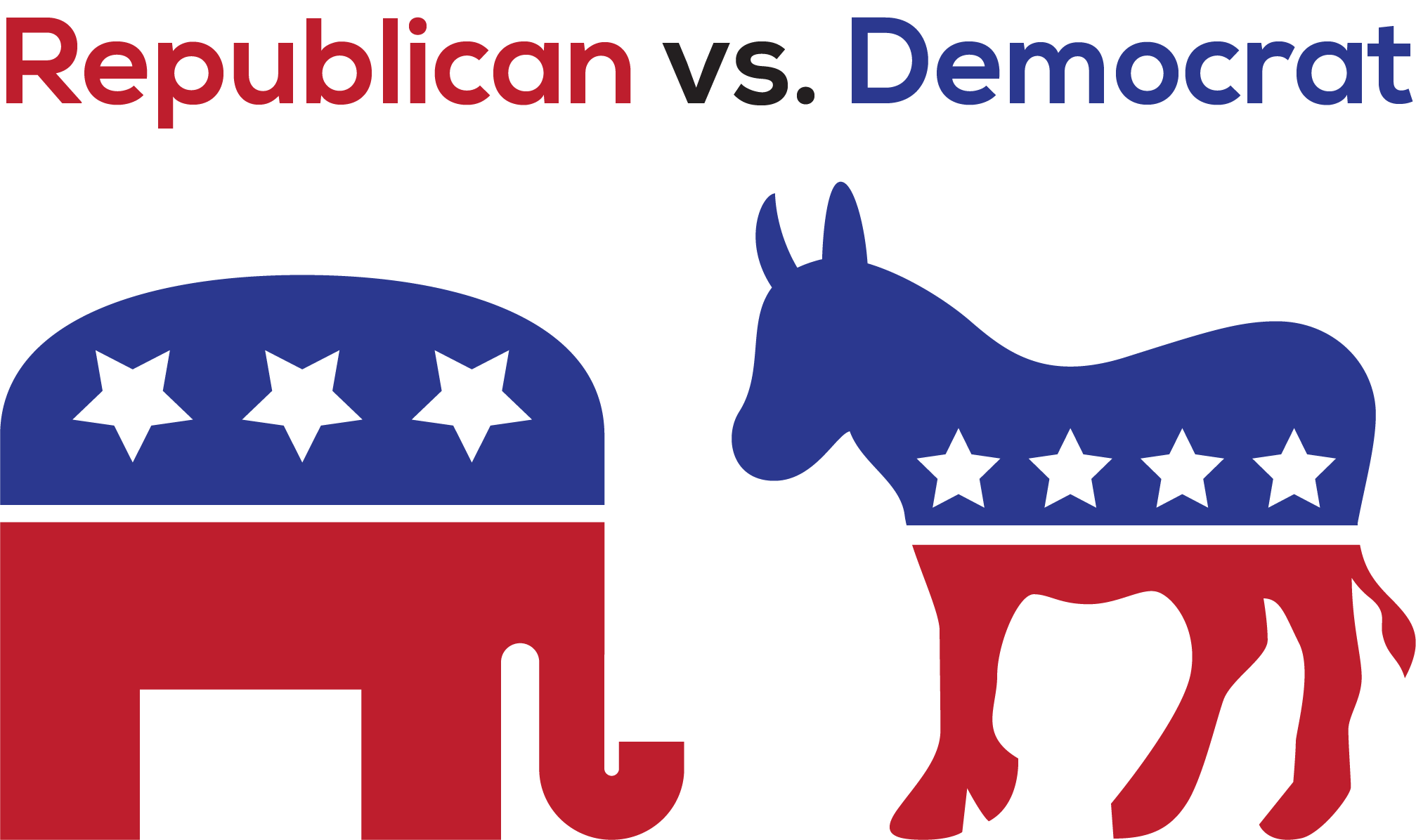 The specific image of the US flag colour red/blue stylised animals the with thick white divider and stars (3 for republicans, 4 for democrats) in the upper half is pretty much universally used. I've found some claims that the Republican party has trademarked this element, which would imply that this icon style came from the Republican party itself and the elephant variant came first. Is this correct? Where did the donkey variant come from?

"Visual consistency with the Republican icon" seems an unlikely goal for anyone setting out to design a Democrat icon for promotional purposes. Was it some media outlet who created the democrat donkey in this style for election reporting?

This isn't a complete answer, but a bit of evidence to support the assertion about the Republicans having a trademark on the modern elephant design (while the Democrats may not own their donkey).

This article on a law firm's blog says:

The Republican Party holds two registrations for its elephant logo in connection with political activities (Reg. No. 1892445 and Reg. No. 1908397), and the Democratic Party holds a trademark registration for a logo that is an uppercase “D” with a circle around it. (Reg. No. 4139881).

With reference to Reg. No. 1892445 specifically, this article includes the following image:

I am not able to find further documentation of Reg. No. 1892445 so far, except for an official gazette mentioning that the Republican National Committee is in fact the owner.

EDIT: According to the Trademark Electronic Search System the current Republican elephant trademark was filed in 1993 and published in 1995. I don't see a corresponding donkey there so far, but it's not easy to search so I may keep trying.

Not the answer you're looking for? Browse other questions tagged united-states parties republican-party democratic-party symbols .

24
When and why did the American Republican Party become widely supported in the South?
10
Being "registered" as Democratic/Republican/Independent vs being a party member
15
Donkey as Democratic Party symbolic animal
12
Why was/is Wayne County Michigan so consistent in support for Democratic presidential candidates?
8
Do more voting rights really make it harder for Republicans to win?