Has there been any serious push to make New York City its own state?

Seeing as it has a population larger than many states and an area larger than a few depending what you include, has there ever been a serious push to make New York City (and possibly Long Island) it's own state?

Particularly, I am interesting in the arguments for and against a metro area becoming its own state.

The most appropriate Wiki links have been provided in the comments to the question above which should already provide context. I was going to let it go, therefore, until I saw this topic treated in FiveThirtyEight in this article.

They mapped out a potential State of New York City along the lines of Norman Mailer's 1969 New York mayoral platform:

Part of Norman Mailer’s 1969 New York mayoral platform was a petition for the city to secede and become the 51st state.

That's my reasoning for choosing this as the most serious push. The platform on which Mailer ran is further described here. Wikipedia further gives us these posters (this and this) from the campaign: 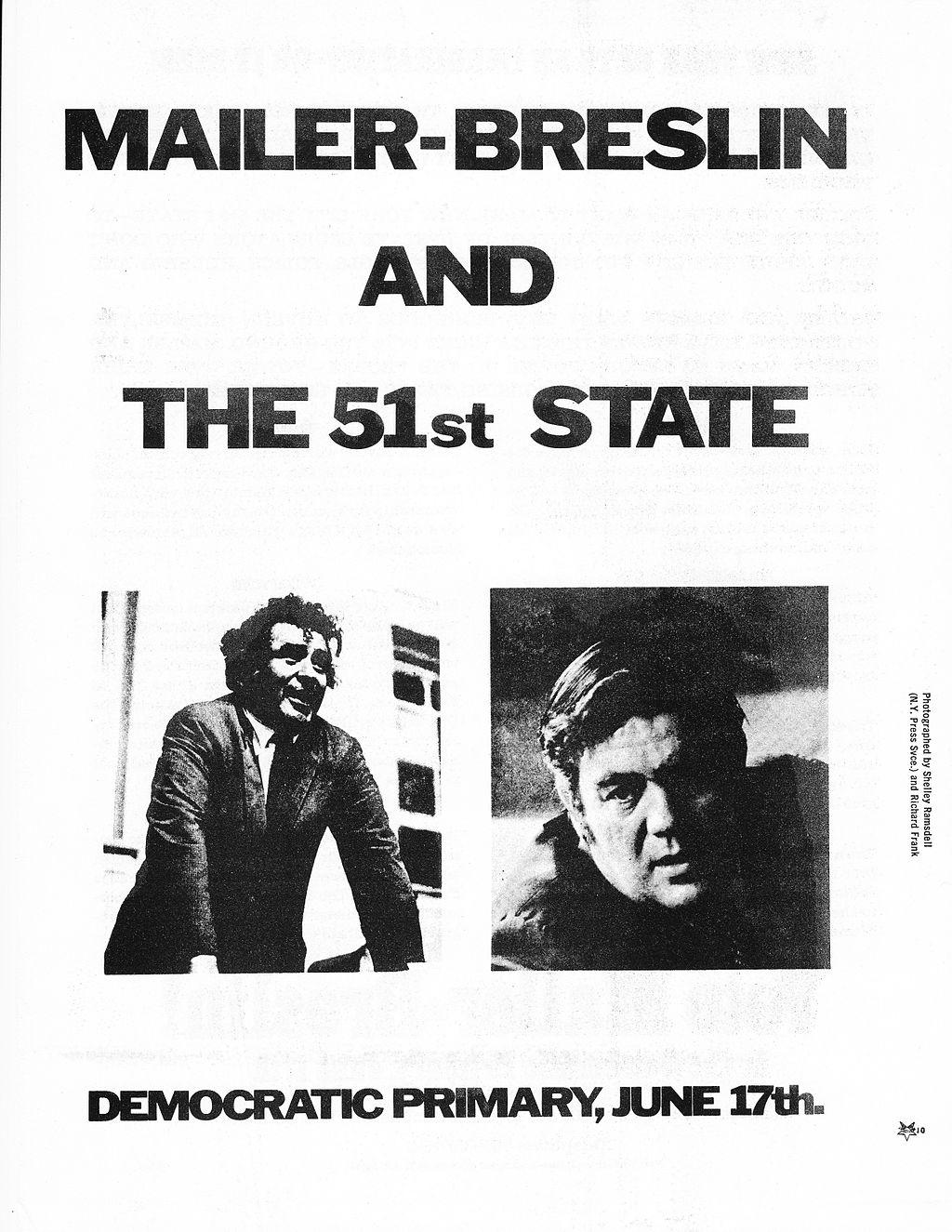 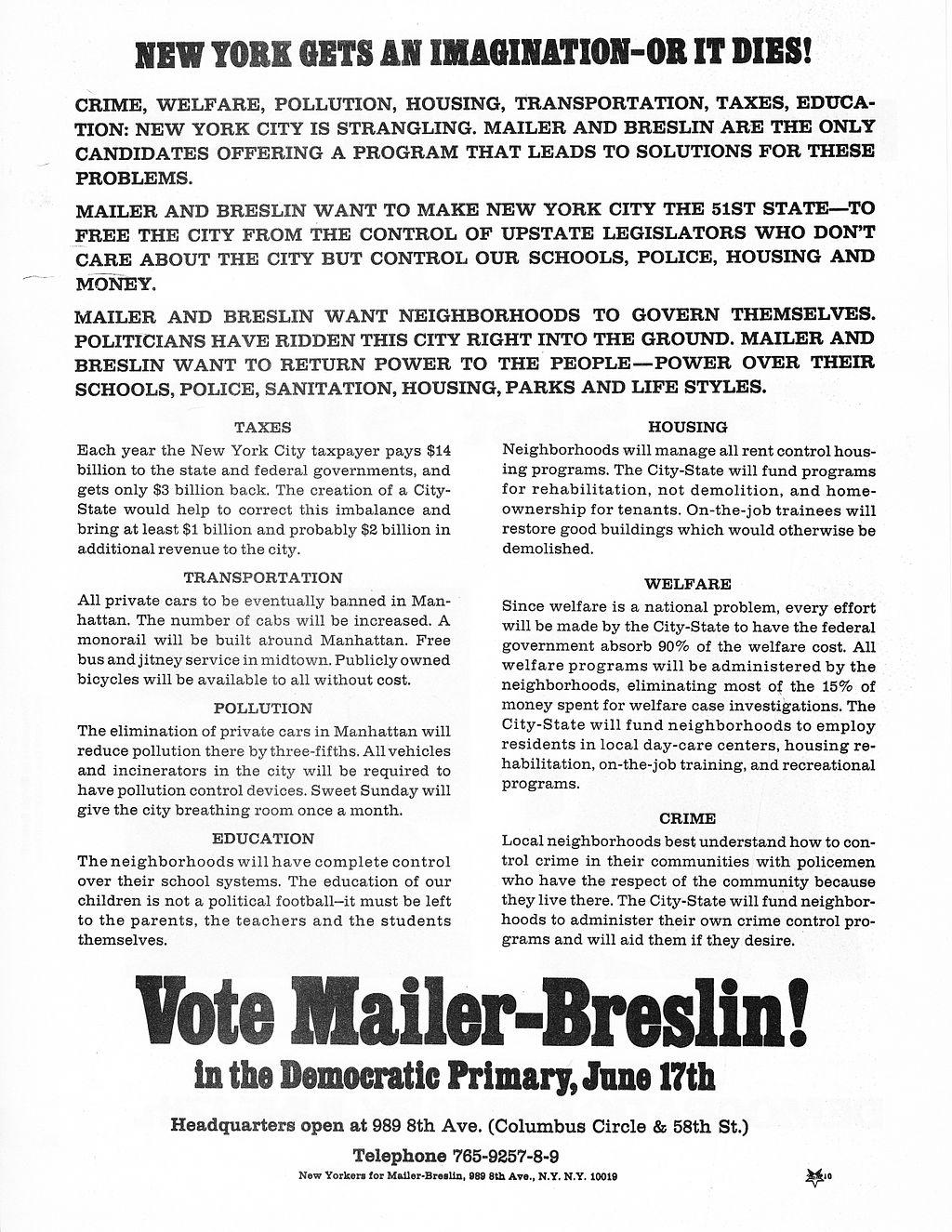 Mailer finished fourth in the 1969 Democratic primary, and not above fourth place in any of the five boroughs.

Not the answer you're looking for? Browse other questions tagged united-states statehood new-york-city .

11
Why does DC want to become a new state rather than merging into Maryland?

2
can a nation encompassing a diaspora with no geographical delineation also be or have its own state
8
Who can get UN kicked out of New York City?
10
Why is the Gravina Island bridge held up as an example of wasteful pork-barrel spending?
1
How does Italy compare to NY in terms of COVID-19 testing, per capita?
15
Why are there so few polling sites in New York?
40
Is the creation of new states via partitioning really possible in the US? Are there any precedents to this?
15
How will New York City physically implement the ranked choice voting algorithm with thousands of unique mayoral votings possible?
5
Why is Honolulu County less Democratic than the rest of the state?
22
Why does New York City spend 3 times as much per year per inmate than the runner up King County (Seattle)?