Did Bernie Sanders being an independent Senator hurt his presidential bid?

I am wondering about Bernie Sanders and the fact that he is technically not a Democrat. (Vermont doesn't register by party, so this is a complicated issue.) Let's go by his Senate affiliation. He is an independent senator who caucuses with Democrats like Angus King in nearby Maine. I noticed that in states that had fewer independents, he did worse relative to Biden.

Is there any evidence to suggest that him being an independent denied him significant support from the Democratic community that he would have received if he were (directly) a Democratic senator?

Using data from the Cooperative Congressional Election Survey 2018 on per-state self-reported party identification, I have cross-referenced this with the results of the 2020 Democratic primaries conducted before Sanders suspended his campaign in April. 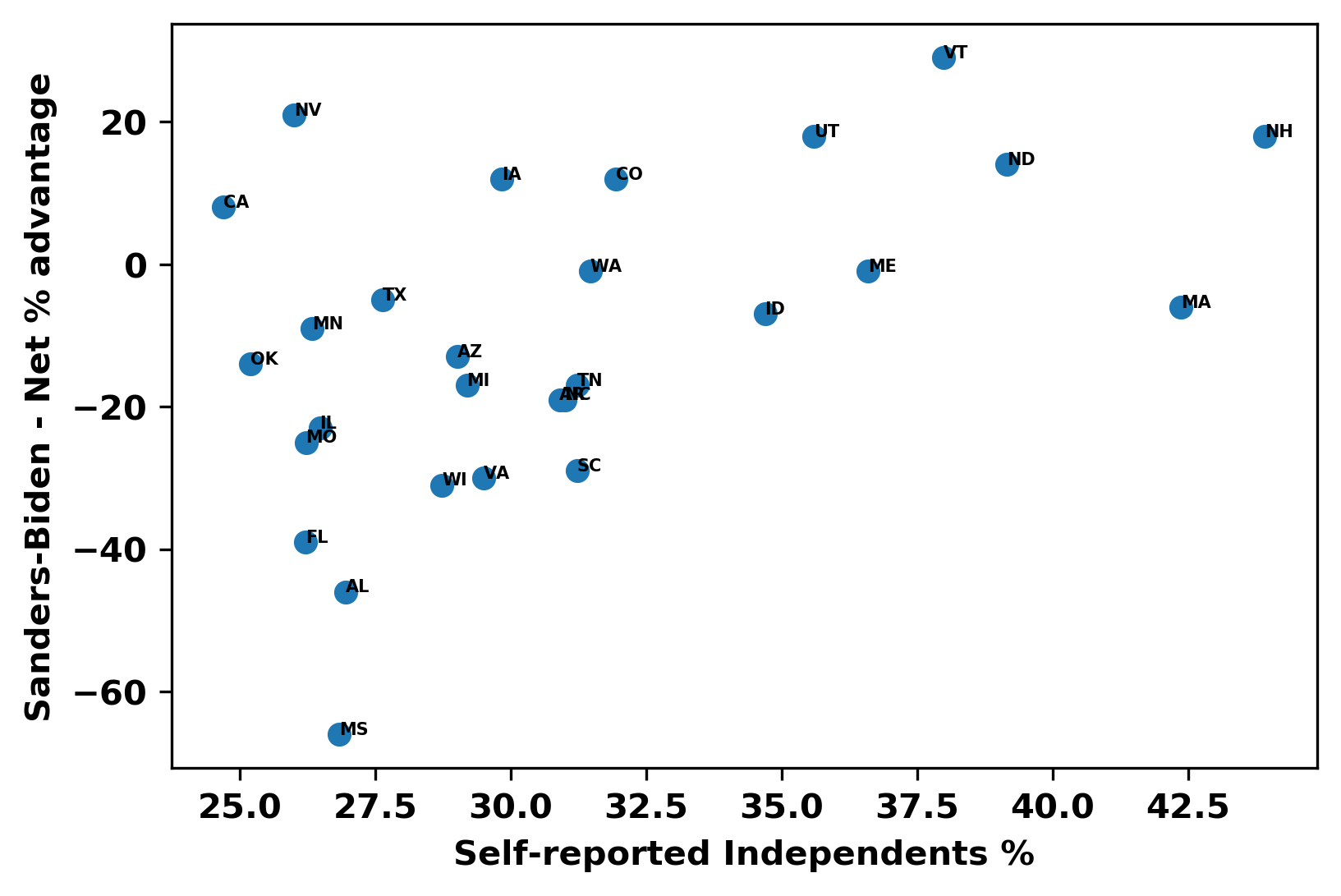 The poorly displayed labels around -20%/0.31% are Arkansas & North Carolina

The Pearson correlation coefficient of these two variables is 0.495, implying a clear positive correlation - i.e. the more people self-reporting as independents, the better Sanders performed relative to Biden.

I'm not aware of any polling which suggests that Sanders' independent status was a significant factor which dissuaded primary voters from supporting him, however, it is possible that his status as an independent Senator contributed to his performance in the primary in other ways. For example, in March 2020, the Guardian reported on the convoluted process required for Californians registered as 'No Party Preference' to vote in the primary, suggesting that independent voters not registered as Democrats were unable to support him.

Although Sanders seems to have performed better relative to Biden in states with more self-reported independents, this doesn't necessarily mean that it was his status as an independent Senator specifically that helped him - it could just as easily be that his policy platform was more attractive to independents; correlation, of course, doesn't equal causation.