In democracies, it seems to me the problems with politics and politicians is that they are forced to pander to the ignorant masses based on fear tactics, false promises, and oversimplification of complex issues in order to get their votes.

My assumption is that as education quality decreases, democracy quality also decreases.

The correlation probably exists, but the causation is reversed.

“Illiteracy does not impede the practice of democracy, as witnessed by the success of democracy in India despite the high illiteracy rate. One doesn't need a university diploma to realize that the ruler is oppressive and corrupt. On the other hand, to eradicate illiteracy requires that we elect a fair and efficient political regime.” ― Alaa Al Aswany,

When he was writing this, illiteracy in India was much higher than it is today, and China had comparable rates to India. To counter this you only need look at China, where illiteracy has been (effectively) eradicated, the government of China may be efficient, but few see it as "fair".

Aristotle made a distinction between democracy and polity that has been obscured over time. Both are technically 'rule by citizens', but a 'polity' implied rule by virtuous citizens — citizens who are informed, reasonable, and dedicated to the community above their own individual interests — while a 'democracy' implied rule by the ignorant and intemperate masses. Aristotle thought the first was the best form of government, if achievable, while the second was the worst, needless to say. But during the Enlightenment (16th-17th century) philosophical thinkers came to the conclusion that all men had the capacity for reason, given the opportunity, and so the two terms blended together: democracy came to mean a polity-of-all, not a decadent of rule by the ignorant.

Of course, the key phrase there is 'given the opportunity'. Aristotle's era was constrained by the fact that it was primarily an agricultural society, in which the majority of the population was illiterate, and too preoccupied with essential labor to gain the acumen needed for 'virtuous' decision making. Enlightenment thinkers held that booming literacy rates and the distribution of printed media would correct that essential imbalance, creating a much broader base of reasoned thought. This idea was picked up in the 19th and early 20th centuries in pushes for publication education — e.g., John Dewey's "Democracy and Education", which held out the idea of using education to create proper democratic citizens — and that theme is still prevalent, at least in Liberal Arts curricula. Education has broadly been seen as a means for giving citizens the opportunity to become virtuous citizens in Aristotle's sense.

However, the last 40 years or so have shown that this solution is not without flaws. First, the term 'education' covers a wide range of activities, not all of which are suited to the production of better citizens. Primary and secondary public education (as a number of social scientists pointed out in the last century) has de-evolved to training children into basic skills they need for work as an industrial labor force: how to take instruction and memorize simple facts without complaint; mastering the basic intellectual and communication skills needed to work within an organization. likewise, higher education has increasingly pigeon-holed students into technical proficiencies and professional structures, creating graduates who are extremely skilled within their field, but whose skills do not translate to any subject outside that narrow frame of reference. If we think about Hannah Arendt's tripartite distinction between labor, work, and action, Aristotle's democracy was plagued by those who were trapped in labor (the ceaseless expenditure of effort to produce the ongoing necessities of mere life), but modern Liberal democracy is plagued by those who are trapped in work (the ceaseless expenditure of effort to produce concrete goods for social exchange and consumption). Both modes prevent people from rising to the level of action, where all political interaction takes place. The mode of action demands expendable free time that can be applied to thought and discussion, and the development of reasoning skills that transcend the technical skills of mere production.

Second, the modern era has brought on a flood of information, without generally increasing the capacity of individual citizens to filter and process that information. People confronted with such a wall of noise will often retreat from it, either throwing up their hands and abandoning the political world, or clinging to pre-given beliefs and prejudices with stubborn resistance. Much of the modern partisan divide in the US can be traced back to those who have closed the door on all information they disagree with, merely to defend against the raging discordant onslaught of contrary opinion.

The push for 'Liberal Arts' education that began back in the '60s and '70s tried to work on these flaws in the Liberal Democracy model, both by increasing students' exposure to topics outside their immediate technical needs and by developing reasoning skills capable of parsing a greater influx of contradictory information. However, Liberal Arts curricula have historically been opposed by many political actors, who worry that a thoughtful, reasoning electorate will diminish their control over political outcomes. It's a difficult and ongoing problem, where proper education stands as both a boon and a threat to established political power structures.

I managed to use democracy index data and education index data to compute the Pearson Correlation for the countries that have data in both indexes. 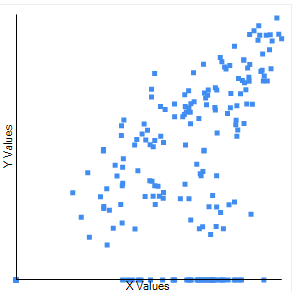 The site interprets this as a week correlation, although roughly speaking a trend is visible (the points are not exactly scattered).

Note: the points without a Y value have meaningless values for one of the indexes.

An interesting case seems to Europe which seems to have a high correlation between democracy and education: 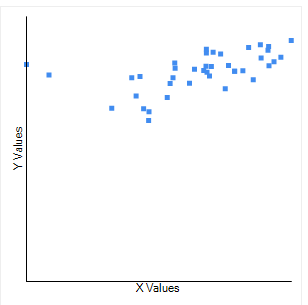 The following countries were considered and the outliers are Belarus and Russia.

International Development Economist Daron Acemoglu (Well respected and author of why nations fail) has gathered a lot of studies that showed correlation between high level of education and Democracy, and has rebuked them back in 1993. As his says, since then, that had been the conventional wisdom:

Hence existing inferences may be potentially driven by omitted factors influencing both education and democracy in the long run. A causal link between education and democracy suggests that we should also see a relationship between changes in education and changes in democracy. In other words, we should ask whether a given country (with its other characteristics held constant) is more likely to become more democratic as its population becomes more educated. We show that the answer to this question is no.

Note that studies going back to this initial view keep coming out, as well as the inverse causation meaning democracy causes education, which intuitively also makes a lot of sense.

Interestingly, some work shows that foreign education acquired in democratic countries tend to promote democracy back in their home country, except nothing like toppling a corrupt government.

That's a long way to tell you it seems to have not been settled, at least in the academic world. I would change your working assumption for something like: Dictatorship is more likely to develop when education level is low (just because the downward trend doesnt seem to be pre-requisite for it)

As I was writing that I don't recall a dictatorship created in highly educated country I found this Steven Zipperstein review of a book from Amos Elon’s A History of Jews in Germany:

This all occurred in what was, or at least seemed by the late 19th century to be, Europe's most cultivated, certainly its best-educated country. Germany had the world's finest elementary school system, the highest literacy rate and the best universities; by 1913 more books were published annually in Germany than in any country in the world. Its technical skill, its industry, its relentless business savvy (a trait, interestingly, commonly associated at the time with both Germans and Jews) marked it off as among modernity's singular successes.

With another bit mentioning how Hitler leveraged the hell out of the formal education system to introduce his race-based propaganda in the education.

Not the answer you're looking for? Browse other questions tagged democracy education .