Has US politics become a strong two-party system?

The United States has had two political parties for a while. But they have not become ideological bodies until about 1992 to 2010. Let's look at the definitions of strong and weak parties: 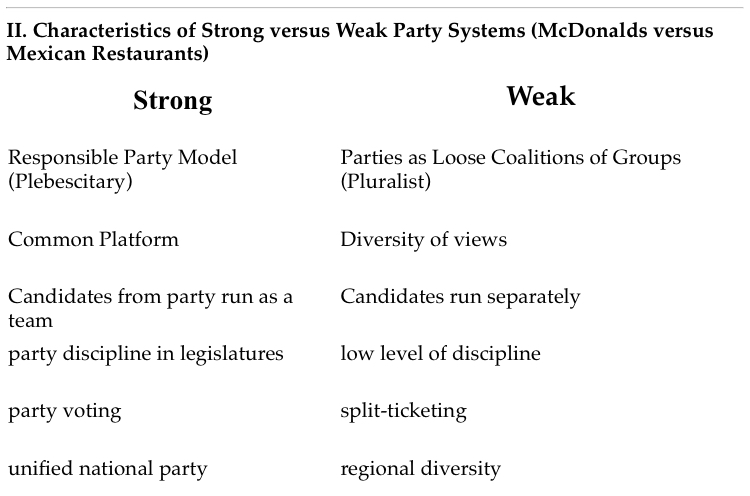 I feel that the political parties have become sorted ideologically. Let's focus on that type of sorting.

This was shown in the impeachment vote. Its outcome was predetermined: impeachment -- but not removal by impeachment. All Republicans and almost all Democrats voted with the party position on the issue. So, it makes sense right now for voters to vote straight ticket on the federal level and they usually do.

Yes, there are regional differences, but those are represented in the gap between red states and blue states.

There are large gaps in presidential approval by party. This will likely give Biden an edge in approval polling.

Not all regions have sorted equally. This can be shown on 538's elasticity scale. The South and DC are the most inelastic, while Alaska and New England are the least.

12
Does the two-party system influence engagement?
2
What are the advantages of a two party system vs multiple party system?
1
Is the US democracy a multi-party system or a dual-party system?
17
Was the impeachment of Donald Trump supported or opposed by the general public outside the United States?
12
Are there more Democrats than Republicans in the United States?
12
Is political polarization in the US geographically uneven?
3
Is ticket splitting among nonwhite Democratic voters particularly uncommon?
0
Why may one be “faithless” if “winner-takes-all” is already applicable?