How did the neighborhood of Harlem vote in the 2016 presidential election?

This was actually quite tricky to collate. There is no official list that I could find of electoral precincts within Harlem, and I didn't want to do it manually, so I instead used this shapefile for New York's Community Districts. Manhattan Community Board 10 is roughly the correct boundaries for Harlem. I overlayed the district with this shapefile for New York's precincts, which gave me the list I was after.

After that, it was just a matter of matching up the data with the precinct electoral results courtesy of Open Elections. For a Trump vote, I counted any vote for the Republican or Conservative tickets; for a Clinton vote, any vote for the Democratic, Working Families, or Women's Equality tickets.

Using this definition, Harlem placed a total of 1,270 votes for Trump, and 47,965 for Clinton - equivalent to a two-party advantage of D+95. 1,102 votes were placed for other candidates, so Trump attained 2.52% of the overall vote in the neighborhood. Below is a map showing the two-party advantage on a per-precinct basis. 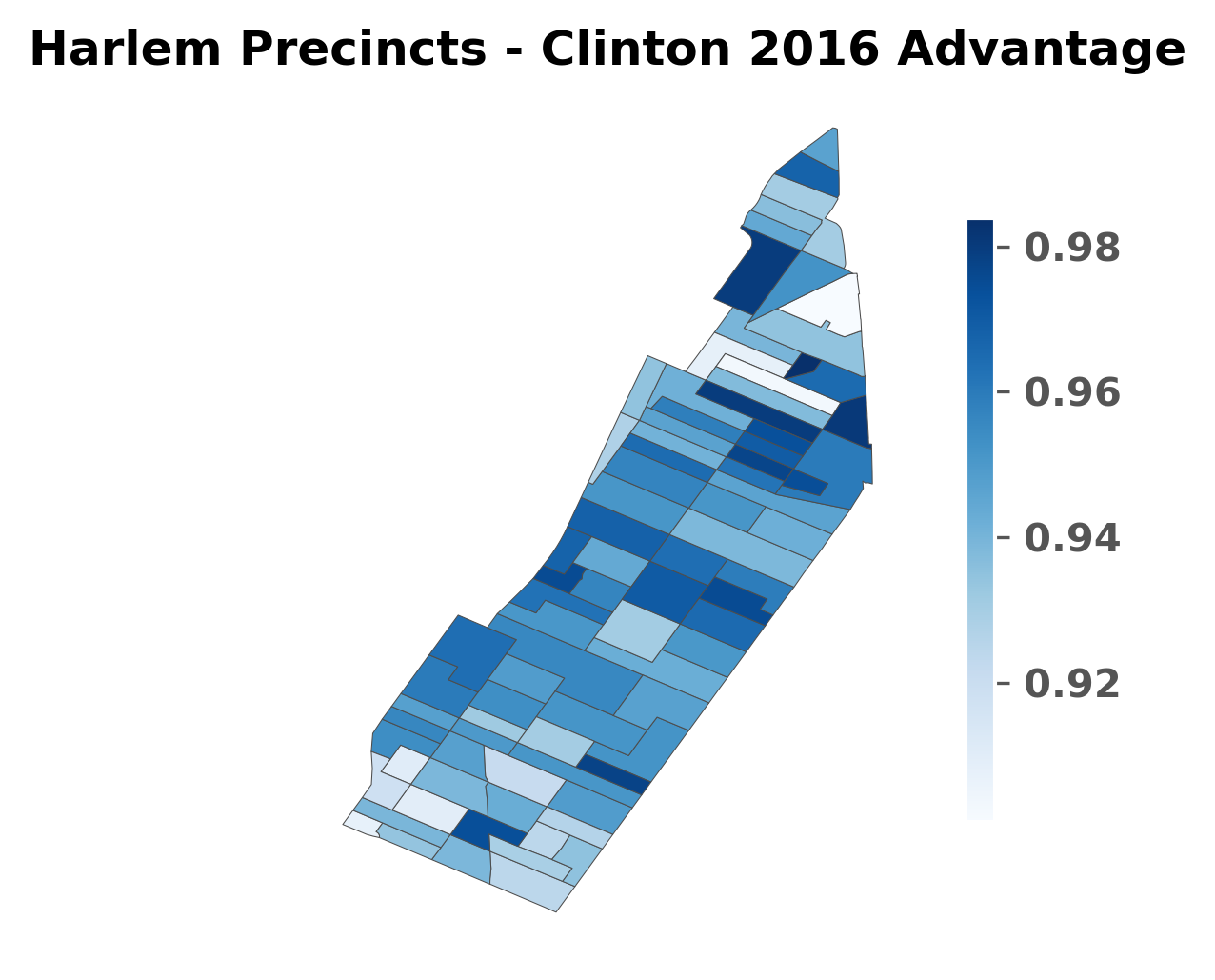 Not the answer you're looking for? Browse other questions tagged united-states presidential-election new-york .

8
Can someone please explain these numbers and how the Republican won the CA US 21st congressional district in 2016?
15
In 2016, why did the GOP win the House popular vote while Clinton won the popular vote?
3
Why did NYC vote republican candidates for mayor from 1993-2009 but not for other posts?
9
Precincts where Trump got <1% of the vote in 2016?
6
Which states returned the most third party votes in the 2016 presidential election?
21
How do Republicans explain consistently losing the popular vote in presidential elections since 1992?
5
Which party actually caused the 2016 presidential election swing?
0
Historical record of Senate primary vote total predicting statewide presidential result
1
What percentage of voters lived in a precinct where Republican house candidate got less than 5% of the vote in 2016 and 2018?