Is opposition against Lukashenko equally strong outside of Belarus cities?

On the 9th of August 2020 the country of Belarus held presidential elections. Incumbent Alexander Lukashenko was re-elected to a sixth term in office, with official results crediting him with 80 percent of the vote. Meaning he has been president for 25 years and counting.

The election result are contested by many, as were the results of earlier presidential elections. Since this election huge protests have erupted in Belarus capital Minsk. Huge. 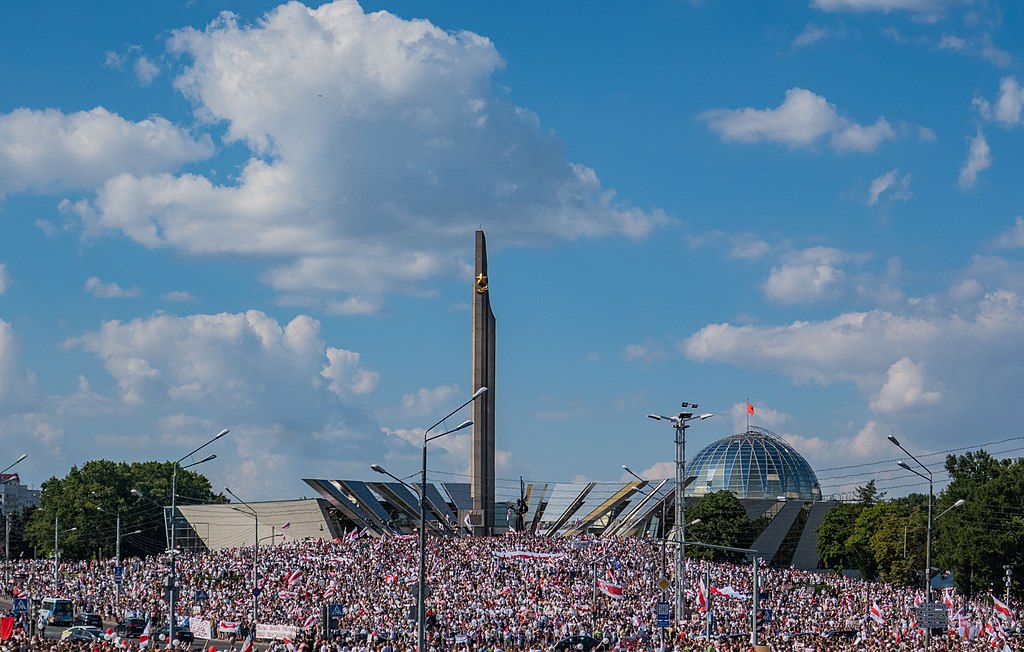 Large protests are also held the cities Grodno and Mogilev. It is clear a great many people are not supporting Lukashenko's presidency in big cities. But how about the rest of the country?

Of the 9.5 million people in Belarus, 2.5 million live in Minsk, some 700k in Grodno and Mogilev combined. Are there any reasons to believe support for Lukashenko exists outside of cities?

In a lot of countries election results show regional divides and/or a difference between urban and rural areas. US is one example, Netherlands another.

As any independent sociology is forbidden it is difficult to organize any public opinion polls. Election of 2020 was completely different from any previous campaigns as a lot of people got involved in different activities. During social hackathon the Narodny Opros (National Poll) project was developed where they were able to collect data from 45000 people from different categories making this sample pretty representative. They state that

with a probability of 95%, the rating of Sviatlana Tsikhanouskaya lies between 75% and 80% whereas Aliaksandr Lukashenka’s rating is between 13% and 18%.

I doubt there is any meaningful polling data to answer this definitively but an article in FT from July does mention that opposition rallies "drew crowds of thousands even in rural Belarusian towns."

EDIT: On the other hand here is a passing mention, citing a 2005 book, of "Lukashenko’s considerable popularity, especially among rural, less educated and elderly voters." So it would indeed be interesting to know whether that is still the case currently, but I'm not finding much evidence either way so far.

This article (in Russian) gives some information about the situation in rural areas in Belarus. Apparently, more people there voted for Lukashenko than for the opposition. It was not universally true, though. The article says that Lukashenko officiallt won about 80%. Since in big cities (Minsk) it is known to be less, the official rural support had to be higher. The article publishes several photos of results from various voting stations which shows that opposition won. Some of them - from rural areas. It looks like the official results are not based on real votes but have been compiled before the vote.

According to this article by the Belarus Digest, "an unusual feature of these protests is that they are not confined to the capital Minsk, but rather spread nationwide. A total of least 33 cities and regional centres have seen protest activity. This demonstrates growing pressure on President Alexander Lukashenko, who has traditionally counted on the support of the population living in rural areas." This lines up with Brian's answer, whose 2005 book reported that Lukashenko was popular particularly in the rural areas.

Continuing the article, it notes how blogger Sergei Tikhanovsky, with his Belarusian YouTube channel Country for life (Страна для жизни), traveled across Belarus and gave a voice to people living in rural areas; the people he spoke to were not satisfied with the regime. The article claims that the YouTube channel gave "rural citizens the courage to speak up and take to the streets".

Not the answer you're looking for? Browse other questions tagged presidential-election democracy belarus .

8
What would Alexander Lukashenko gain from a referendum on Belarus joining the Russian Federation?