Why was the Israeli peace delegation to the UAE flown on an aircraft named after the site of a village from which Palestinians were evicted?

On August 31st, 2020, El Al flight 971 took off from Tel Aviv bound for Abu Dhabi. This picture of the aircraft used for the flight was widely circulated on social media: 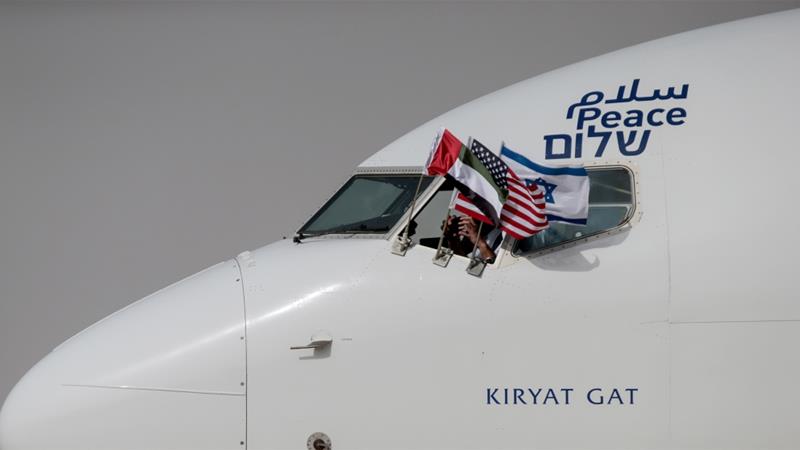 What struck me as odd is the choice of name on the aircraft used for this flight:

With this in mind, I can't help but think that this is an intentional jab at the perceived backwardness of their Arab neighbors. What other alternative explanations for the name exist?

EDIT: An earlier version of the title used the word "massacre" - this is untrue, as kindly pointed out below by the commentators there hadn't been a massacre at Iraq al-Manshiyya, which is now part of Kiryat Gat. However, to be fair, they were forcibly evicted. I was mixing this up with another al-Manshiyya, which is now part of Acre, and which was destroyed, according to none other than David Ben-Gurion.

But regardless of the severity of the violence there, the original question still stands.

Acts of violence were committed in that area ... what are the possible explanations behind it being used as the name of a peace mission's aircraft? Hope this clears things up!

Speaking of history, both Iraq-Al-Manshiyya (not Al Amir) and Al Faluja were built on the ruins of the Second Temple era Jewish village of Kfar Shahalaim, if you want to count evictions here.

Not the answer you're looking for? Browse other questions tagged israel diplomacy uae .

5
Why would Palestinians be offended if the US deliberations to move its embassy from Tel Aviv to Jerusalem proceed?
1
Which Israeli Banks has NZ Super-Annuation Fund divested from due to their support for settlement activity on the Occupied Territories?