Did it ever happen for some US votes not to get tabulated?

Donald Trump said this in 2020

On your ballots, if you get the unsolicited ballots, send it in and then go make sure it counted, and then if it doesn’t tabulate, you vote. YouTube video

But did that ever happen — for some votes to not get tabulated?

If yes, then what happened after the error was discovered?

Ballots can certainly be lost or delayed in the mail. Ballots can be delivered successfully but rejected because the signature didn't match what the state had on file. Rarely, ballots can also be misplaced. Ballots can also be rejected because of issues with the postmark but presumably not if you're looking to see whether your ballot was accepted prior to election day. And, again presumably not what was being referenced in the quote, there can be issues with a particular ballot that may cause it not to count-- things like voting for multiple candidates, voting for a candidate but then writing in that same candidate, etc. These are the sorts of issues that were at issue in the 2000 Bush v Gore Florida recount. In the most recent New York primary, more than 20% of the ballots that were delivered were rejected and undoubtedly a few percent of the ballots never reached their destination.

As for what happens, it depends. If ballots never arrive, arrive too late, or arrive after the election without a postmark, that is almost certainly uncurable (that is, the votes simply won't count). Most if not all jurisdictions give voters the ability to cure an issue with a signature on a ballot by showing up and confirming that the signature is really yours but the window to do so isn't particularly long and the processes to notify the voter are generally not terribly user-friendly. Other issues, like finding boxes of ballots after the election or disputes about whether a particular ballot can be counted despite some defect in filling it out, would likely require a judge to sort out what happens.

According to election materials I've seen in a number of jurisdictions, votes for write-in candidates will only be tabulated for if the candidates are officially registered. Registering as a write-in candidate doesn't require any demonstration that one could expect to receive any particular number of votes, but registration requirements among other things facilitate tabulation. They also avoid situations where "John Smith" receives a plurality of the votes, and both John Jacob Smith and John Henry Smith proclaim themselves as winners, as well as arguments about whether a semi-legible ballot is actually a vote for John Smith or someone else (if e.g. a ballot is J[scribble] S[scribble], and no other registered candidate has initials J.S., that would support a claim by John Smith that the ballot is a vote for him). Further, they prevent situations where an election might be "won" by someone who never having had any intention to run, nor desire to hold the office, nor even in some cases actual physical existence (I think some local elections without such rules have been won by "candidates" such as Mickey Mouse or Donald Duck).

While I wouldn't be at all surprised if there are some jurisdictions that will by default only process certain hard-to-count ballots for "normal candidates" if formally asked to do so, I have no particular knowledge of such, and I would expect that such jurisdictions would, at absolute minimum, provide a means by which anyone wishing to pay for a full detailed count would be able to demand one.

Yes, it has happened that some US votes have not been tabulated, and where this is known, not even retabulated.

For example, consider the 11/22/2000 "Brooks Brothers Riot", that many believe had, (one way or another), a decisive effect on the 2000 US Presidential Election, wherein a small organized horde of posturing, domineering, middle-age Republican paid zealots were deployed to bully and delay Miami-Dade canvassers attempting to recount the 10,750 remaining poorly-designed ballots that their elections computer was unable to tally. 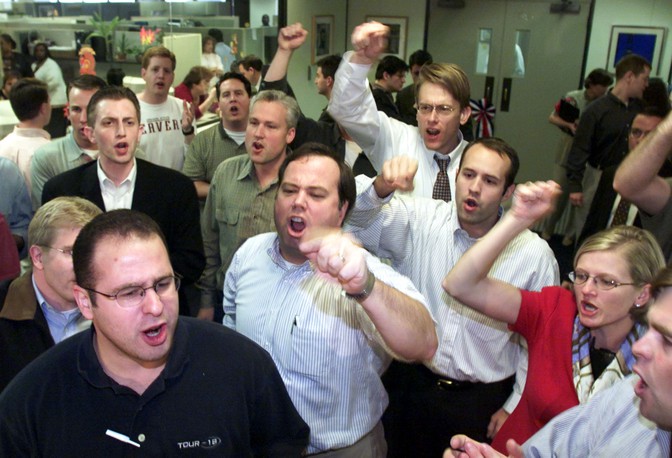 The riot, planned by the notorious Roger Stone, and ably orchestrated out of a nearby winnebago made into an impromptu wireless command center, made it impossible for the frightened canvassers to complete the recount prior to the deadline of 11/26/2000 set by the Florida Supreme Court. So the 10,750 ballots were not counted as votes.

Three weeks later, voting on partisan lines, the United States Supreme Court mooted the Florida Supreme Court's recount order, but nobody really knows if those 10,750 Miami-Dade ballots had been tallied, and if, (since Miami-Dade usually votes Democrat), the resulting votes had put Gore to win Florida, as to whether or not the resulting changes in public opinion might have inclined the Supreme Court to demur.

It's actually routine for ballots to not be counted. Absentee ballots are typically only a small percentage of the total vote, if it's impossible for the ballots to change the outcome they don't count them.

Given the comments, let me expand upon this: If any item on the ballot could possibly be decided by the absentee ballots they have to be counted. It doesn't matter if the president has already been decided, if you have 100 absentee ballots and Mr. X is ahead by 99 running for assistant dogcatcher (not that I have ever seen dogcatcher on the ballot) you still have to count.

8
What is the typical error in large vote counts?
3
Is this a good way to count Single Transferable Vote ballots?
2
Would an online voting system using a secure id be more subject to coercion than the current mail in ballot system?
16
What fact-based arguments exist that mail-in voting would lead to significantly higher instances of US voter fraud?
2
How are the 2020 US presidential campaigns now like "a land war in Asia"?
9
Wouldn't it be beneficial for Democrats to support a bipartisan investigation into voter fraud allegations?
8
How did Arizona get so close to upsetting Arnon Mishkin's "t-stat of 4" statement defending his decision team's call?