I have a theory that government is actually the result of population growth.

Nevada had 40,000 people in 1900. If 10% of those cared and your family and friends group was 1,000 people, you were 10% of the state just by existing. There were no police in clark county, it was a pre governmental society.

As population grew families became less important because they were less individually powerful. This caused government to form because the decline of community importance increased societal importance, due to the community unit being a smaller share of the total population. Government only exists when individuals are irrelvant; at low density hardly anything exists so whatever individual lives there is all that matters.

Is it actually possible for thousands of people to live under a government at a density less than 1 per square mile? I.e., a hunter gatherer, pre governmental density. I posit it would not be possible because all currently governed areas are above that. 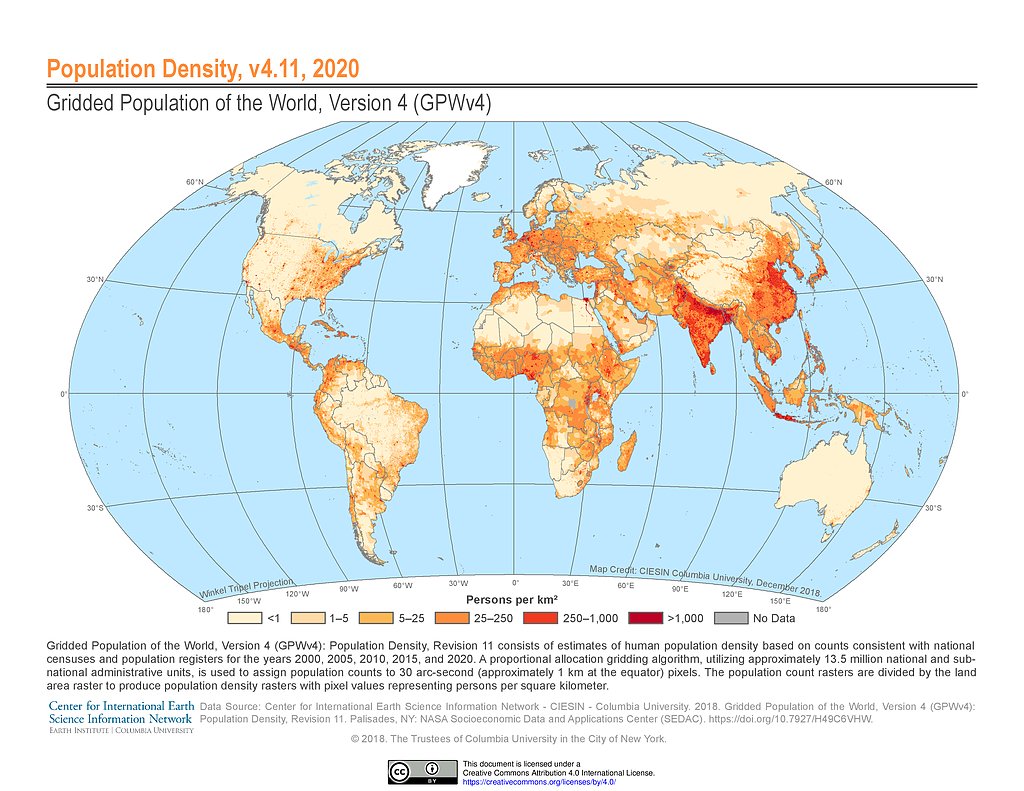 As you can see all the light beige areas are all perceived as lawless/ungoverned, I believe the US is inaccurately recorded as low density because of all the farmland in those states but otherwise the indigenous areas of Brazil, Siberia, Xinjiang and Sahara (which have Islamist rebels), Canadian reservations, and with the possible exception of Namibia, all of those areas seem pre-governmental. Furthermore, within the population areas, the highly populated points like Northern Europe, Kerala, the Naxal corridor and Beijing are usually defined as "socialist" or "big government" today.

Is it true that government is actually the result of population density or is this a purely spurious correlation?

Your theory is a gross oversimplification, to the point that one cannot draw useful conclusions from that.

It is difficult to say whether it is related (probably so) but it is not determinative in the sense that you mention. There are many areas that are hardly lawless that fall below your population threshold.

I would also dispute the idea that indigenous groups in the Brazilian Amazon, and especially Canadian First Nations lands, lack government.

2
Has a government minted this much money at once before?
15
Was the Icelandic economic crisis of 2008 a product of lax government oversight or big government?
1
What if campaign money was used to fund government programs?
61
Why would the government force its population to save for retirement?
2
Why is donation related taxation significantly smaller than inheritance taxation?
1
How do you explain the change in population ratio of Germany vs. Switzerland since 1945?
0
Why didn't the Thai government decide to enforce a COVID-19-related automated stay extension longer than 1 month?