Why do Crimeans think so differently of Russia compared to the people of Donetsk/Luhansk?

Crimea overwhelmingly voted to join Russia in 2014, and even in retrospect, Crimean public opinion is strongly in favor of joining Russia (source, source). Comparatively, the rest of Ukraine - including 73% of people in the Donetsk and Luhansk oblasts (the Eastern Ukrainian provinces at the heart of the ongoing War in Donbass) - think the separatist-controlled areas should remain part of Ukraine (source).

Why is there such a discrepancy? Why are Crimeans so unhappy with Ukraine (or why are they so fond of Russia), while the rest of the country including Donetsk/Luhansk take the opposite view? After all, they are (were) all Ukrainians, so a priori we would expect them to have similar beliefs.

I've read some articles about how Crimeans speak Russian while the rest of Ukraine speak Ukrainian, but that doesn't seem like a good explanation because this language difference also applies to Donetsk/Luhansk, and they still view union with Russia differently. There is some indication that quality of life has improved for Crimeans after joining Russia in the second quoted source above, but presumably Crimeans could not have known that was going to happen prior to the 2014 referendum.

To illustrate the kind of answers I'm looking for:

The Wikipedia article quoted in the original question says (highlight mine),

Most obviously, people on free part of Donets'k and Luhans'k regions know the horrors of war that has been raging a few dozen kilometers away and they don't want it splash to their place.

Even more so are people of liberated places like Mariupol' and Slovyans'k who have seen the invaders in their towns. Regardless of their ethnicity or spoken language, they don't want Russians to come again. See this short video of Russians shelling a peaceful city of Mariupol' to know their reasons.

On the contrary, during the first several years of attempted occupation, people on Crimea enjoyed a status of bespoke "display window", when the agonizing economy of Russia has subsidized a whopping 79% of the entire Crimean budget.

A word about the refugees. A huge number of between 1,500,000 and 2,000,000 people fled from the Russia-occupied territories after 2014. It is not known how the surveys quoted in the original question calculate these people's opinion.

Having this said, I believe your original intent is not to receive a trivial answer like this, so I'm going to re-frame the original question and post a different answer accordingly to my understanding of the question.

Let me also correct several inaccuracies in the original question. I believe this would shape the question according to the internationally-recognized course of events.

It is somewhat unfair to use so-called "Ukraine public opinion" from Wikipedia — because it is the fact, that creates such a gap for you.

Real opinions of people are well described by that map (support of "pro-Russian" Yanukovich, from english wiki): 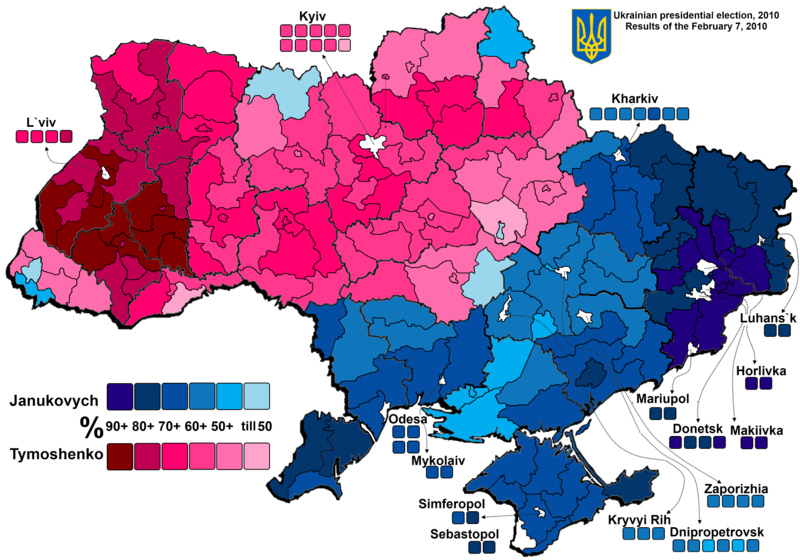 And that map shows such divides in historical perspective. Note, also, that "added" — was added by the Russian Empire (before 1917), and then the Soviet Union, not by Ukraine itself. You may see similar map if opening history book, or just opening reddit 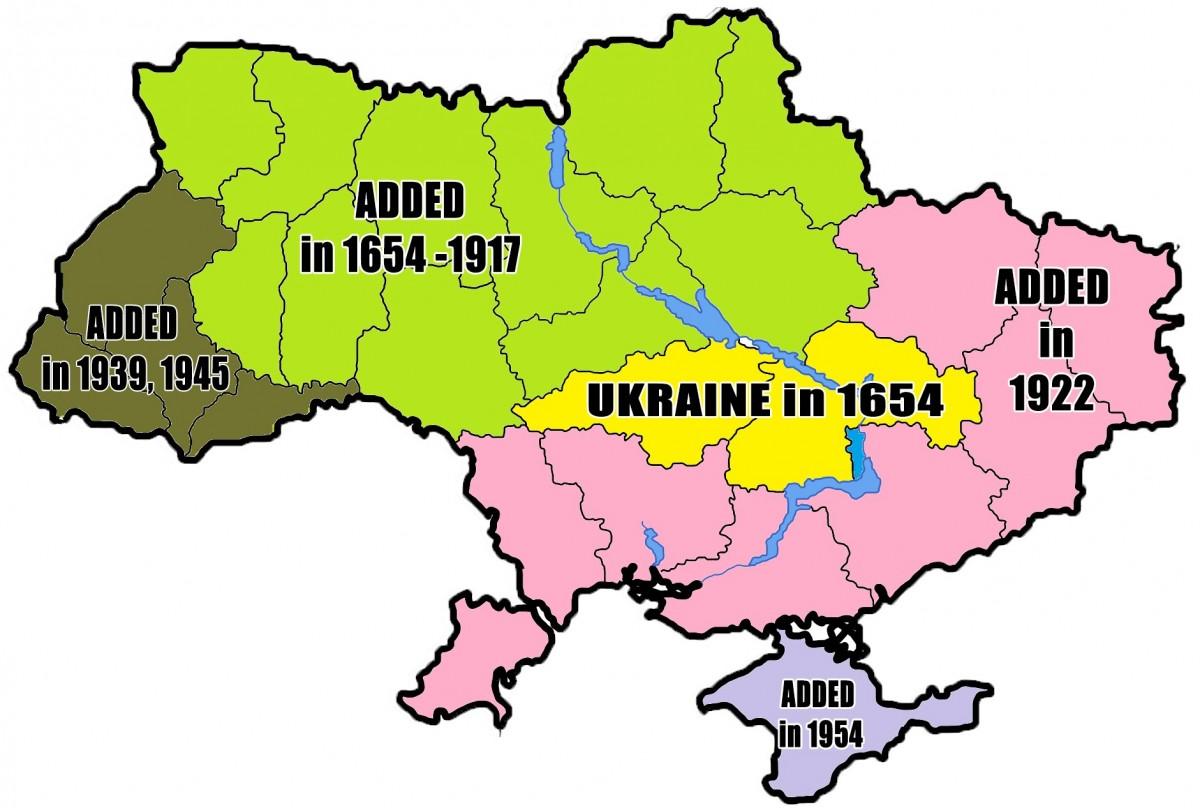 And that shows dividing by language (was picked from Wikipedia): 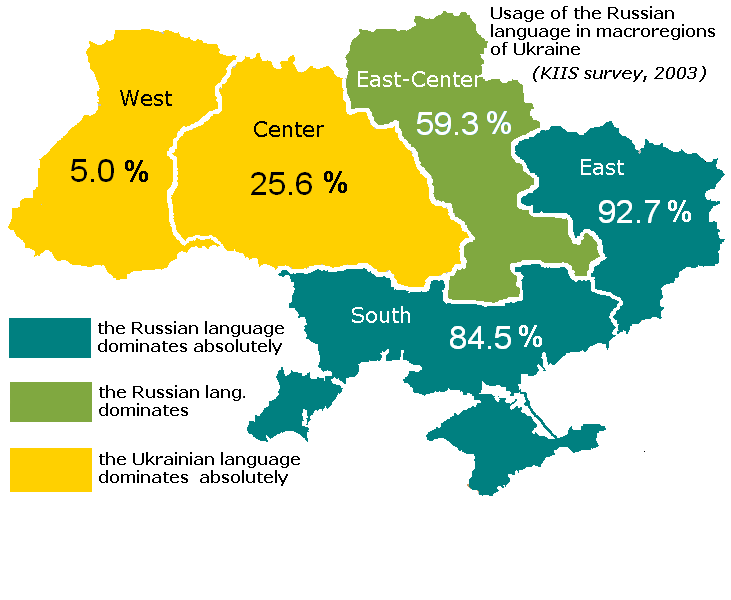 So, in fact, the answer is, there is NO "thinking differently", other than in Ukrainian official opinions. That country is divided in its core, with pro-Western west and pro-Russian east and south.

Since the Ukrainian Government started to suppress ethnic minorities, as Russian or Romanian/Czech in the west, the standoff began. Open and armed, as in the east, or diplomatic — with Romania/Czech Republic in the west.

Not the answer you're looking for? Browse other questions tagged russian-federation ukraine crimea donbass .

8
Are there constituencies for the partition of Ukraine?

25
What plans do European countries have if Russia closed gas pipelines to them?
12
Why did Russia start its aggression against Ukraine after the Ukrainian unrest from 2013-2014?
6
Why does the Russia oppose calls for UN tribunal to prosecute MH17 suspects?
18
Why would the Russian Annexation of Crimea be illegal?
13
Why don't Russia and Ukraine enter an official state of war?
2
Explanations for the large rebound in EU-Russia trade in 2017?
2
Has Ukraine implemented section 11 of the Minsk II agreement?