What caused (or is strongly correlated with) the Democrat swing (relative to 1994) in the 2018 Massachusetts gubernatorial election?

The swing was about 4 percentage points statewide. But it appears to be concentrated in certain areas of the state, like the western area and (to a smaller degree) the more populated east with and including Boston, as the following map from this answer shows. 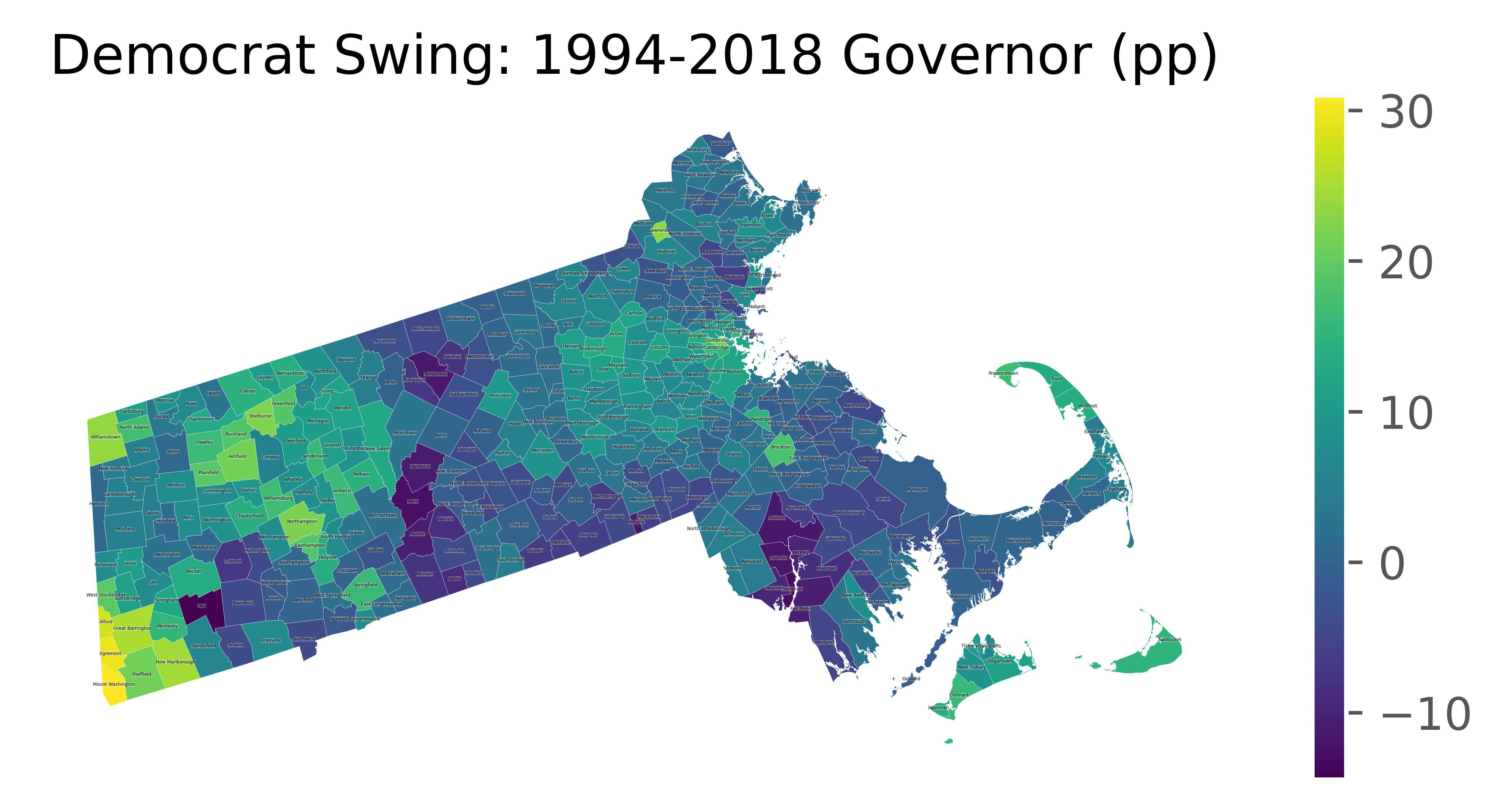 I am interested in this because I am investigating local/non-federal down ballot races and how polarization impacts them.

What can be reasonably said to have caused Charlie Baker to receive a lower percentage of the vote than Bill Weld? I am also wondering why it is concentrated in those areas and the swing away is concentrated in areas of the state that vote Republican in recent presidential elections.

To be clear, I am not manipulating the data by picking the biggest win in state gubernatorial history. I am simply picking two elections which have similar incumbent candidates.

That is a very small swing between two quite distant time points.

Indeed the only thing that is slightly surprising is how little swing there has been on average. In more the cities of the East, increased polaristion will have boosted Democrats, as Dems are less likely now to vote for a Republican, even a successful incumbent, than they were in 1994. There may be a particular local effect in the west, but it is most likely pure demographic shift.

Not the answer you're looking for? Browse other questions tagged united-states election government .

4
What are some of the "true" swing states in the U.S 2016 election cycle?
1
What has changed with the Trans Pacific Partnership in 2018?
3
What was the popular vote in the US 2018 House election?
6
Which party actually caused the 2016 presidential election swing?
1
Did the connection of party and ideology lead to red states and blue states becoming a thing?
0
What explains the Democratic shift among nonwhites since and relative to 2020's presidential election?