Ballot Stubs, is this a voter's secrecy issue?

Below is pictured the bottom stub on an Ohio ballot. If you are mailing in a ballot, dropping off at a drop box your instructions are to "do not remove this stub".

What is the function of this stub? How do I know that the numbers and QR (circled in red) are not associated with my name? Is this stub ever removed? If so when?

EDITED TO ADD: This picture (below) is of the envelope into which the ballot is placed (so-called authentication or security envelope). Notice that printed on this envelope (circled in red) is preprinted the voter's name and the same numbers that appear on the ballot (28969). It gives the appearance that this number is assigned to not only the ballot but the voter. 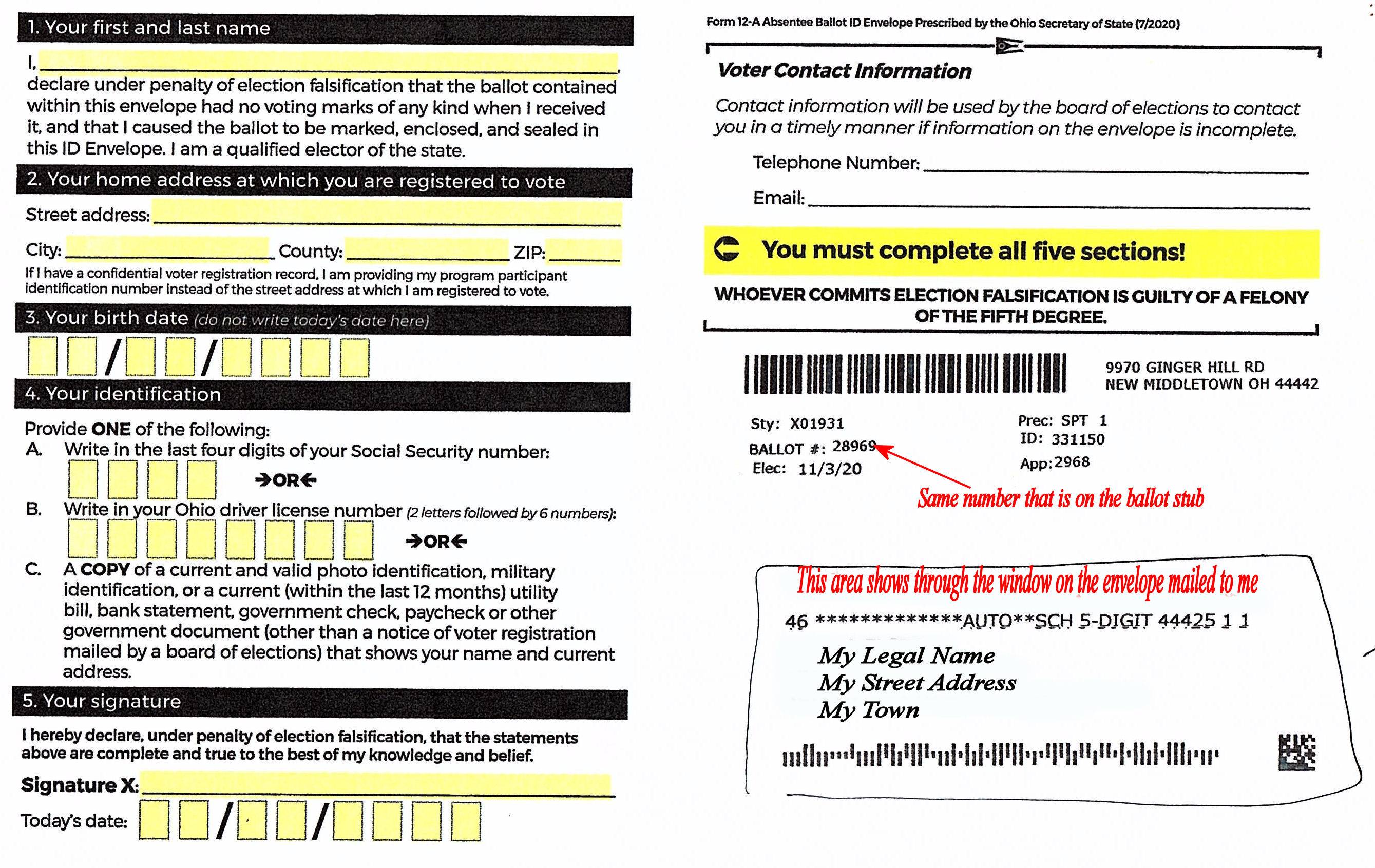 I work as a precinct election official in Ohio.

Ballots submitted other than in-person on election day have the stub remaining. This includes absentee (either mail-in or in-person early voting), provisional ballots, curbside voting. Before those ballots are scanned for counting, they procedures for each of those types of ballots would also include removing that stub and storing separately from the ballot for possible auditing.

As for your concern about matching the ballot number to your name, that is the case for ALL ways for submitted ballots, even in-person. During in-person voting, the ballot number is recorded when the ballot is given to the voter during the voter check-in process (when the voter id is checked, and voter signs the poll book). This ballot number recording has existed as long as I have been working at precinct elections, during the current optical scan ballots, the previous, computer touch-screen, punch cards, and lever actuator poll booths. It has always been recorded. Auditing may involve contacting you to verify the submitted ballot.

Most mail in ballots are designed so that the security envelope is removed and the stub is separated after the ballot is received by election officials (to confirm that it is a non-fraudulent ballot) and before the ballot is counted. Detailed election regulations usually govern this kind of matter and they very from state to state and sometimes even within a state for different voting methods.

Not the answer you're looking for? Browse other questions tagged united-states voting ballot .

24
Has “none of the above” ever been added to a ballot? What was the effect?
5
Are ballot order laws constitutional?
5
Massachusetts Absentee Ballot: Pencil or Pen?
12
Secret ballot vs vote by mail
3
A. B, C, or D statistical voting placement on ballot?
3
Can members of the public attend UK General Election ballot counts?
35
Ballot Secrecy - is it a Voter's Privilege or a Voter's Obligation?