Why is Georgia turning blue rapidly?

However recent polls suggest that Biden is ahead in the race. Not only that, democrats are ahead in senate polls too. What are the main causes behind the apparent rise of the democrats in a deep south state like Georgia?

538.com published an article two weeks ago when their election forecast showed Georgia as being ever so slightly blue. In their case, it seemed based mainly on a poll by Quinnipiac University that saw Biden with a 7-point lead in the state which shifted the weighted polling average that forms the basis of 538’s model blue. At the time, 538 was careful to point out that the presidential race in Georgia was essentially still a tossup as even with the Quinnipiac poll Biden only had a 51 % overall winning probability.

However, the article also goes on to point out a couple of reasons why Georgia going blue would not be surprising at all when viewed from a distance: Essentially, Trump won Georgia in 2016 by 5 points although he lost nationally by 2 points which puts Georgia as approximately seven points redder than the nation as a whole. In 2018, the Republican governor was elected by 1 point when the Democratic Party won the House vote by nine points – this would make Georgia ten points redder than the nation although take that with a grain of salt as House elections are not as representative for the general political climate as a presidential one.

Biden at the time had a 10 point lead in national polls which means that a simple transposition would assume Biden to win Georgia by up to 3 points. (As of writing this, Biden’s lead is down to ‘only’ 9 points nationally which is well within polling error of the 10 percent two weeks ago.)

If this is the case, why has Georgia not been painted blue for a while in national forecasts? The article goes into detail on that point too. Essentially, Georgia as a whole is fairly inelastic. Both parties have strong bases and there traditionally hasn’t been much of a swing either way. While Democrats have scored upwards of 40 % in a number of statewide races hitting 50 % has been somewhat harder. On top of that, the article notes Georgia’s relatively strict voting laws or high voting hurdles; an effect that tends to hurt the Democratic vote more and thus tip the state slightly to the red.

Having followed the changes of 538’s presidential election forecast almost daily, the state was shown as red very soon after said poll two weeks ago although it is blue once again at the time of writing this (for a couple of days max).

This AP article discusses some of the factors involved:

In 2018, under controversial circumstances, the Republican candidate for governor (who was also in charge of running the elections...) narrowly defeated Democratic candidate Stacey Abrams by a margin of ~55,000 votes, or about 1.4%.

In the following two years, Abrams led a campaign to register new voters in Georgia - I can't now find the cite, but I read something to the effect that in some urban areas the proportion of eligible people not registered to vote dropped from 22% in 2016 to 2% in 2020. This translates to hundreds of thousands of newly-registered voters in districts that are strong Dem.

Georgia is one of the most highly educated states in the South and education is highly predictive of election outcomes. 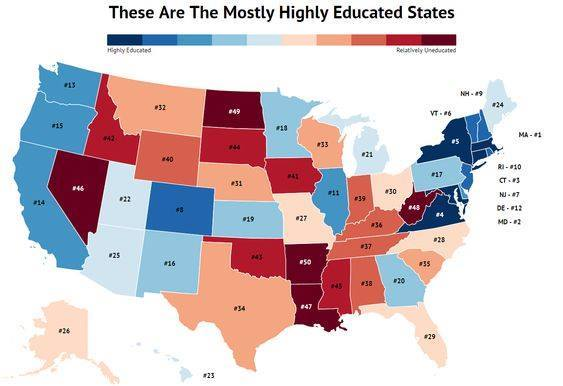 The Presidential election outcomes in the other 46 U.S. states and in the District of Columbia can be explained entirely by the extent to which their citizens are highly educated.

There are also explanations for these outliers. Utah is an outlier because it is so religious even though it is also quite urban and highly educated. Nevada is an outlier primarily because it is highly urbanized (the vast majority of the population of Nevada lives in the Las Vegas or Reno metropolitan areas). Kansas is far more rural than most states that are so highly educated. Wisconsin is right on the brink by a variety of measures and resulted in a very narrow win for Biden this year.

Georgia has also gradually become more urbanized and more educated (in part due to migration from the North to economically booming greater Atlanta). 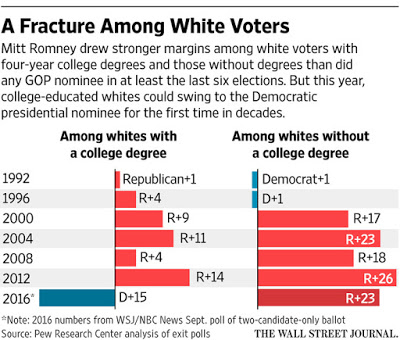 It isn't entirely clear if the very strong link between education and partisan preference is specific to the Trump era, or if it is a long term trend. Republicans have been gaining ground with non-college educated whites all of the way back to the Reagan Democrats. But the Democratic party's dramatic gains among college educated voters didn't really materialize until 2016 when Trump faced Hillary Clinton.

Not the answer you're looking for? Browse other questions tagged united-states republican-party democratic-party georgia .

24
When and why did the American Republican Party become widely supported in the South?
1
Minority politics in the US
6
The reason behind the contradictory behavior of US political parties toward Islamic Republic of Iran
5
Are there some systematic attempts to evaluate how pro-Christian-Right presidential policies have been?
46
Why aren't Republicans more focused on mobilizing a movement towards 'dethroning' Trump?
5
Are the partial results announced in Iowa consistent with prior polling in the state?
5
Where do the democratic and republican matched animal logos come from?
12
Are there other US presidential elections in which the majority of supporters of the losing side said the election was stolen from them?
8
Why is Republican targeted messaging around socialism effective among immigrants from socialist or formerly socialist countries?