Why is Donald Trump positively rated in Africa?

From a report, I gained knowledge that Donald Trump is mostly liked in the African Continent in opposition to other regions like the European Continent! I know under Trump that there is a foreign policy as I've seen Trump's daughter with Kwesi Quartey. What is the reason for such positivity apart from African Nations always supporting the American Dream?

There is one continent where Trump’s image is unscathed – Africa. Not all of Africa, of course. In the Maghreb, from Rabat to Tripoli and Cairo, the Trump administration’s popularity indices are at their lowest. Only 16% of Moroccans and Tunisians see value in Trump’s foreign policies. Overall, with an approval rate of 52%, Africa has a positive image of Trump’s America. 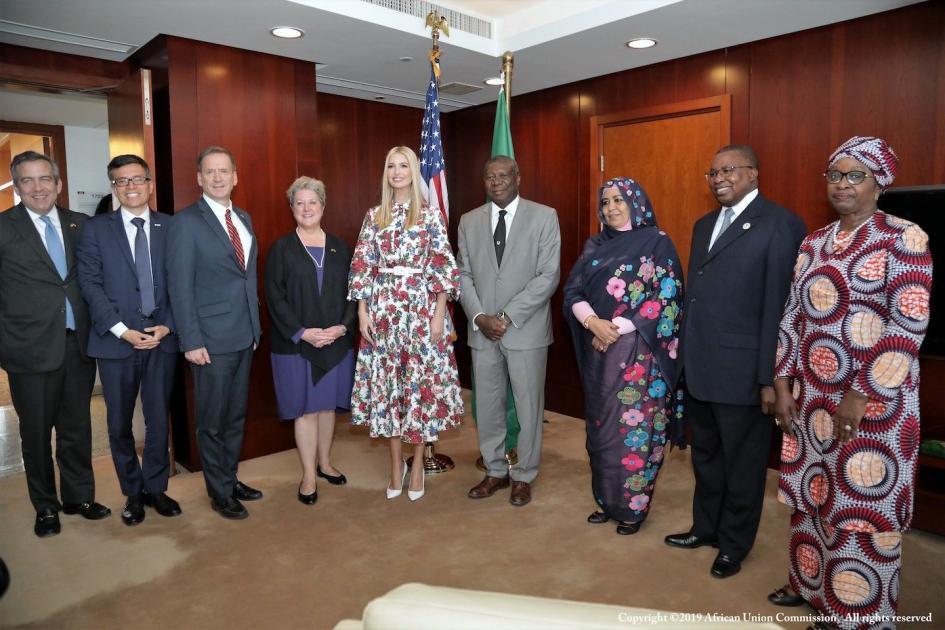 Note: I am grateful for every help concerning my question and I'm happy if the question is taken down of site is seen as inappropriate for the Politics site!

The same newspaper in a different article gives some of the reasons why President Trump is popular is Africa. The article mentions some drinkers praising Mr. Trump in a pub in Kenya for standing upto China. Also it says more Kenyans preferred American led world to a China led world. Another reason that those men drinking in the pub said is that Mr. Trump speaks what others think. A truck driver named Willie thinks Mr. Trump is honest.

Religion is a reason according to Global Voices for Mr. Trump's popularity amongst the 48% Christians in Nigeria.

Soon after President Trump made some dirty remarks on African countries (which they found really insulting), US ambassador to South Africa Lana Marks spoke in an interview which was reported by BusinessTech.za. She clarified that it was some misunderstanding and that Mr. Trump is actually supportive with trade and investment and she interpreted it as that it's about obstacles to increasing an incredible relationship with South Africa. She said that she has confidence in President Ramaphosa of South Africa that he can turn the country around and lower the crime rate. According to her, all Mr. Trump did was illustrating the problem areas and perhaps warning signs that those should not interfere.

One reason (which I think) is Mr. Trump repeatedly saying that he has done for the African American community more than anyone (except possibly President Lincoln). It is my opinion. Writers at The Hill agree with me. They have given wonderful reasons.

Not the answer you're looking for? Browse other questions tagged united-states donald-trump international-relations africa african-union .

9
Migrant from Africa to Europe by sea from North Africa
31
Why was Donald Trump so popular as a candidate in early 2016?
1
Is Africa the only continent where chattel slavery still exists?
5
What were the effects of non-nationally divided states in Africa?
46
Why can't Donald Trump revoke birthright citizenship?
4
Why is China trying to develop Africa?
12
Why does the US seem to have a rather low economic interest in Africa?
4
Why did the life expectancy in northern Africa rise much faster than in the south of Africa