Has The Associated Press ever been wrong when calling a state in a US Presidential Election?

The Associated Press announces the winner of states in US presidential elections – has it ever announced a winner early and been wrong?

According to Wikipedia, they announced Al Gore as winner of the state of Florida in the 2000 presidential elections:

The controversy began on election night, November 7, 2000, when the national television networks, using information provided to them by the Voter News Service, an organization formed by the Associated Press to help determine the outcome of the election through early result tallies and exit polling, first called Florida for Gore in the hour after polls closed in the peninsula but about ten minutes before they closed in the heavily Republican counties of the panhandle (in the Central time zone).

but it ended up being won by George W. Bush. 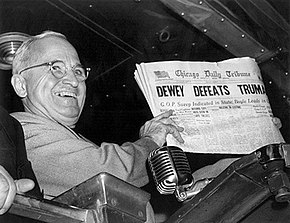 Not the answer you're looking for? Browse other questions tagged united-states president presidential-election .

3
Why did Google/AP call Arizona for Democrats when at 90% reporting Ds only have a 1.3% lead, still shrinking?