Why are pre-election polls even less accurate on 2020 Presidential election comparing to 2016? [closed]

Questions asking for the internal motivations of people, how specific individuals would behave in hypothetical situations or predictions for future events are off-topic, because answers would be based on speculation and their correctness could not be verified with sources available to the public.

Whatever the final outcome of 2020 presidential election would be, it seems that pre-election polls were wrong about Trump — twice in a row and twice as much (circa 8pp) comparing to 2016 forecasts (4pp). What strikes me is that actual numbers for Trump in several states appear a whopping 14-20pp better than predicted. 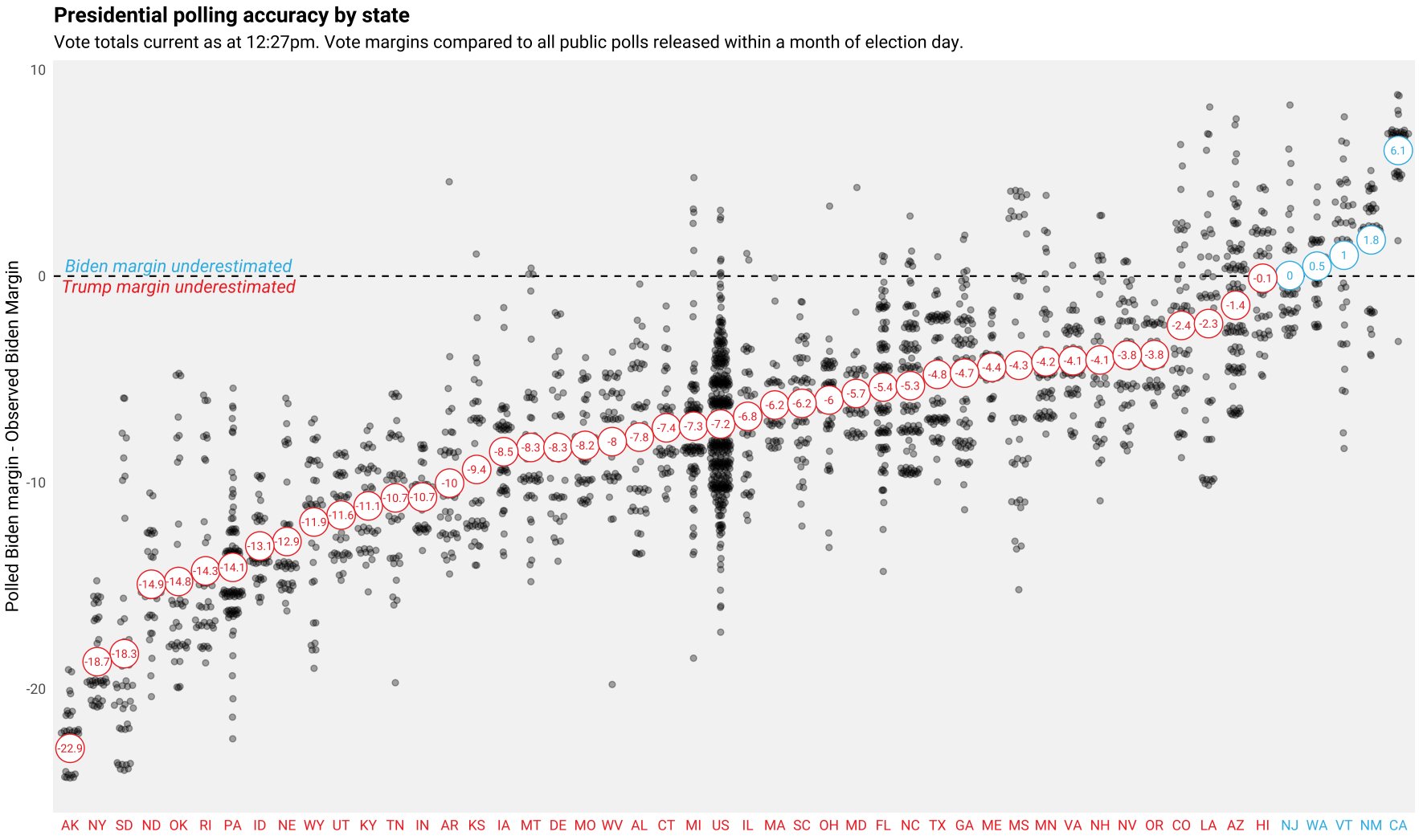 Why are pre-election polls appear to be even further inaccurate on 2020 Presidential election — second time in a row and twice as much by numbers?

There are several questions on this site addressing the general problem of forecasting inaccuracy during the earlier elections:

Answers to these questions contain some great insights, but I believe that the 2020 election is even more outstanding. The difference between forecasts and actual results 2020 vs. 2016 seem to be twice as much bigger (8pp vs. 4pp). More specifically, here's what has been suggested as reasons for Trump's victory in 2016:

What systematic problem could it be that pollsters haven't solved since 2016, and moreover, seems to be worse this time?

130
Why were pre-election polls and forecast models inconsistent with the election of Donald Trump?
23
Why did House of Representatives need to condemn Trumps Tweets?
31
Phenomenon where politically incorrect candidates do better in actual elections than in polls?
5
Is it advantageous to lie in political polling answers?
3
Why did polls inaccurately predict the 2015 UK general election?