What was the correlation between the preliminary results and the urbanization index in the 2020 presidential election? I think I can ask now because there are enough results made so far. (538 said it increased, and I say I think it has as well but I want to make sure.)

Using 538's urbanization index from the linked article - which appears to have been calculated in 2019, as well as the preliminary results at time of writing according to Dave Leip's Election Atlas, we can investigate this.

As in 2016, we find a fairly strong positive correlation between FiveThirtyEight's urbanization index and the two-party vote share in the state. The correlation coefficient between the two variables is ~0.66, and the approximate linear trend-line plotted in blue on the graph below has a gradient of ~13.2. This compares to the correlation coefficient reported by FiveThirtyEight of 0.69 in 2016; while the coefficient has reduced in magnitude, it is such a small change that I'm unsure we can draw many conclusions from this.

Vermont is once again the only outlier, with a studentized residual of 3.87; the state voted overwhelmingly for Joe Biden, with a two-party advantage of D+36.6, despite having a low urbanization index of 8.84. Florida was, again, the most urbanized state to vote for Donald Trump. 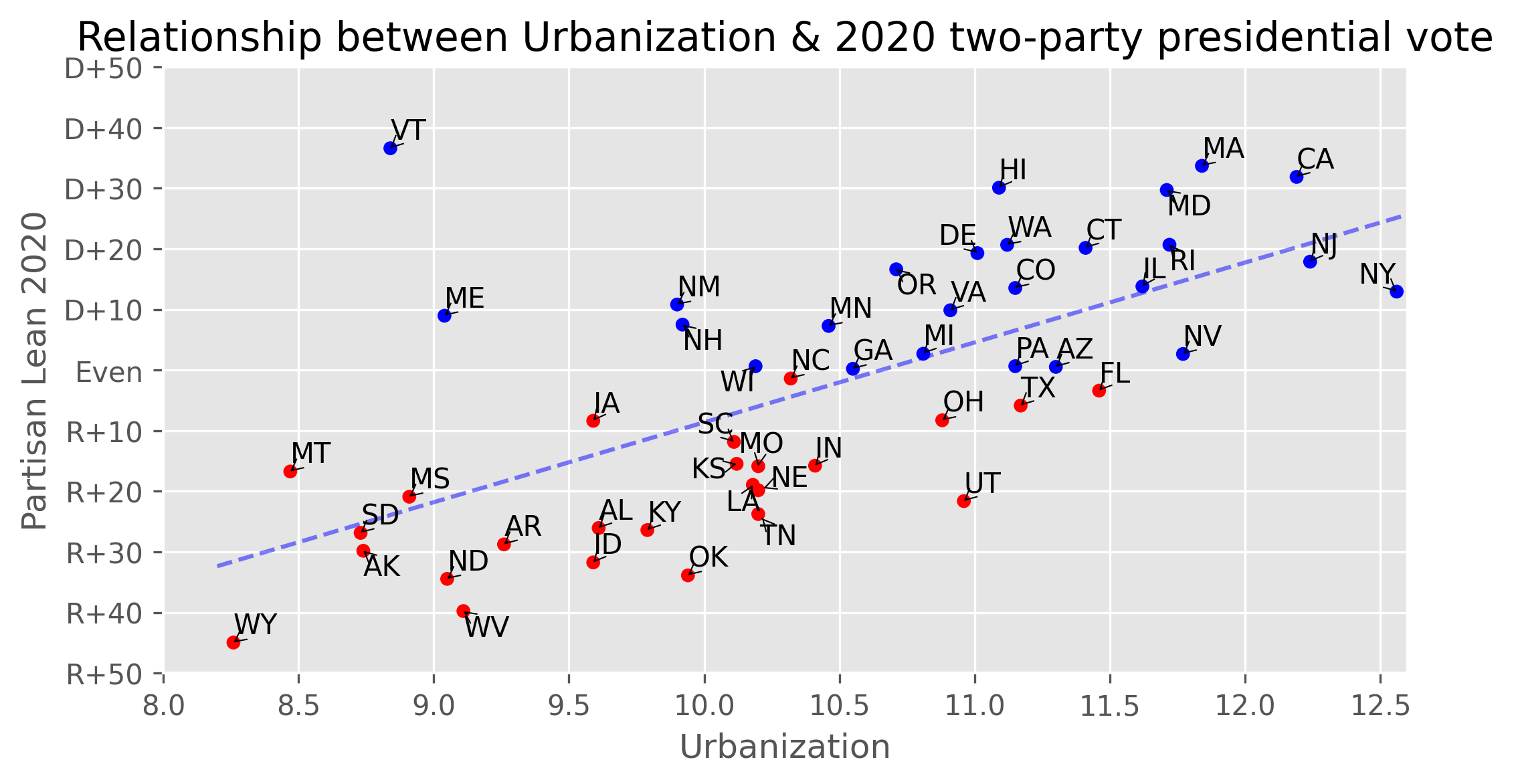 Running the numbers on the 2016 presidential vote margins myself, rather than relying on the article, I get a correlation coefficient of 0.68, so pretty much the same as the article's calculation. The gradient of the trend line is slightly steeper than in 2020, at ~13.9. 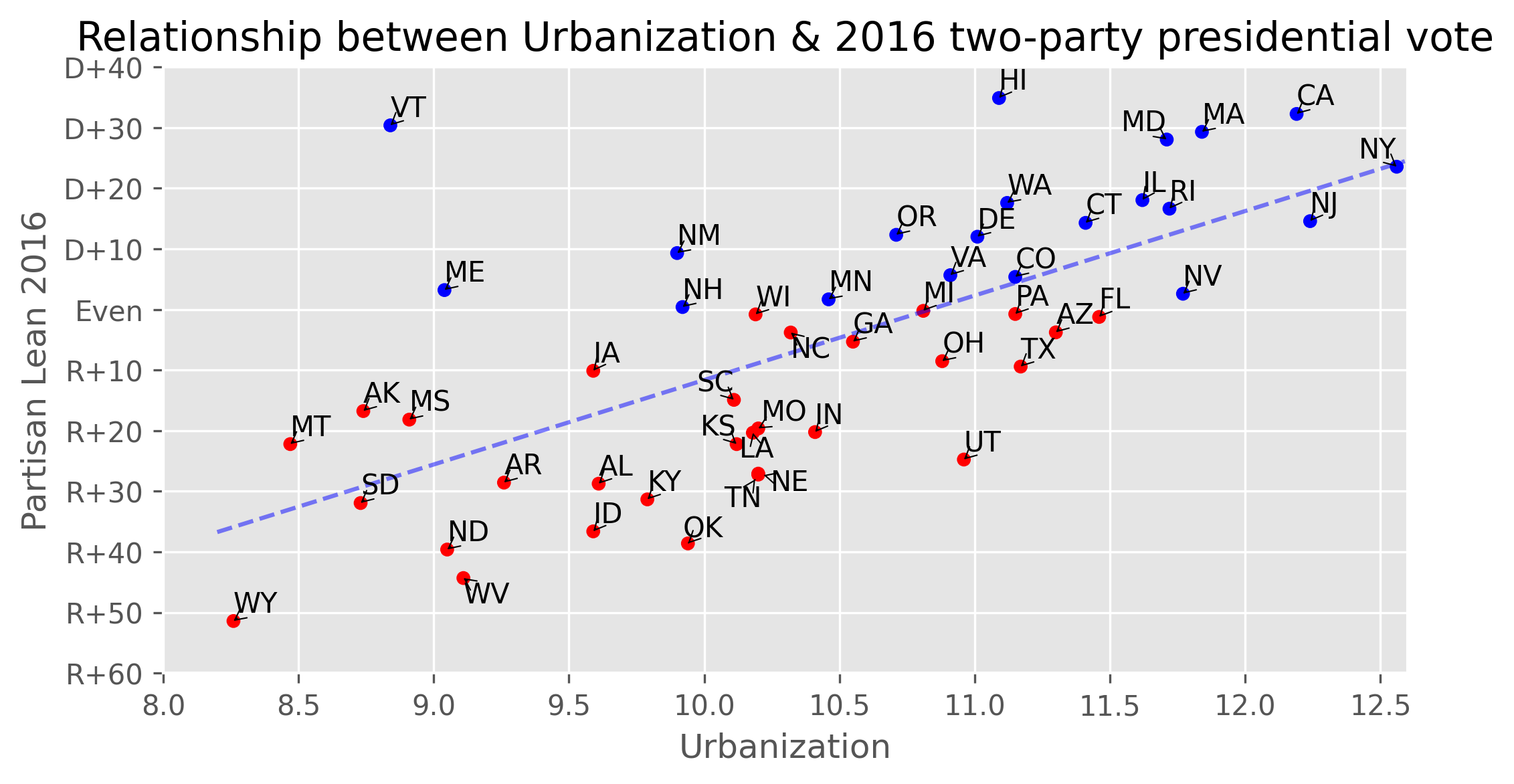 Not the answer you're looking for? Browse other questions tagged united-states presidential-election statistics demographics .

15
Why does the Democratic Party perform well in New England?
4
Why are Democrats more geographically clustered?