What is the specific mechanism of voting done by the electoral college?

When the electoral college meets to vote on the next president, how does this vote take place? Do the members fill out a ballot privately; with those ballots then collected and counted? Or are the members asked one at a time who their vote is for? Are they allowed to discuss with each other for whom they are going to vote ahead of time; if someone is going to be a faithless elector will the other members know this before the vote?

I do see that in the 12th amendment to the constitution, it specifies that the vote is done "by ballot", but that still leaves a lot of room for interpretation and different ways that voting by ballot can be done.

For example, in the 2016 election, Colin Powell received 3 electoral votes. I would guess this isn't a coincidence and the 3 members collectively decided to do this.

It depends on the state. The National Association of Secretaries of State has published a summary of the state laws regarding presidential electors, but in most cases the legislation doesn't make it completely clear how the process runs in practice - most just noting that the electors 'vote by ballot' or 'cast their ballots' in their own state capitals. Colorado's legislation, interestingly, states that the vote is taken 'by open ballot'.

She then calls each elector's name, and they do as instructed. The Chairperson, being an elector herself, then casts her own ballots. The ballot box is then taken to the bench, and are tallied. The result is announced, and each elector signs six copies of the certificate of the vote to be distributed to the proper authorities, in accordance with 3 U.S. Code § 9.

This answer is too short to fully describe the process in each state, but this procedure, taking about 20 minutes, seems to be fairly typical.

Images of two state ballots for the 2016 electoral college.

Refusal or failure to vote for the candidates for president and vice-president appearing on the Michigan ballot of the political party which nominated the elector constitutes a resignation from the office of elector, his vote shall not be recorded and the remaining electors shall forthwith fill the vacancy. 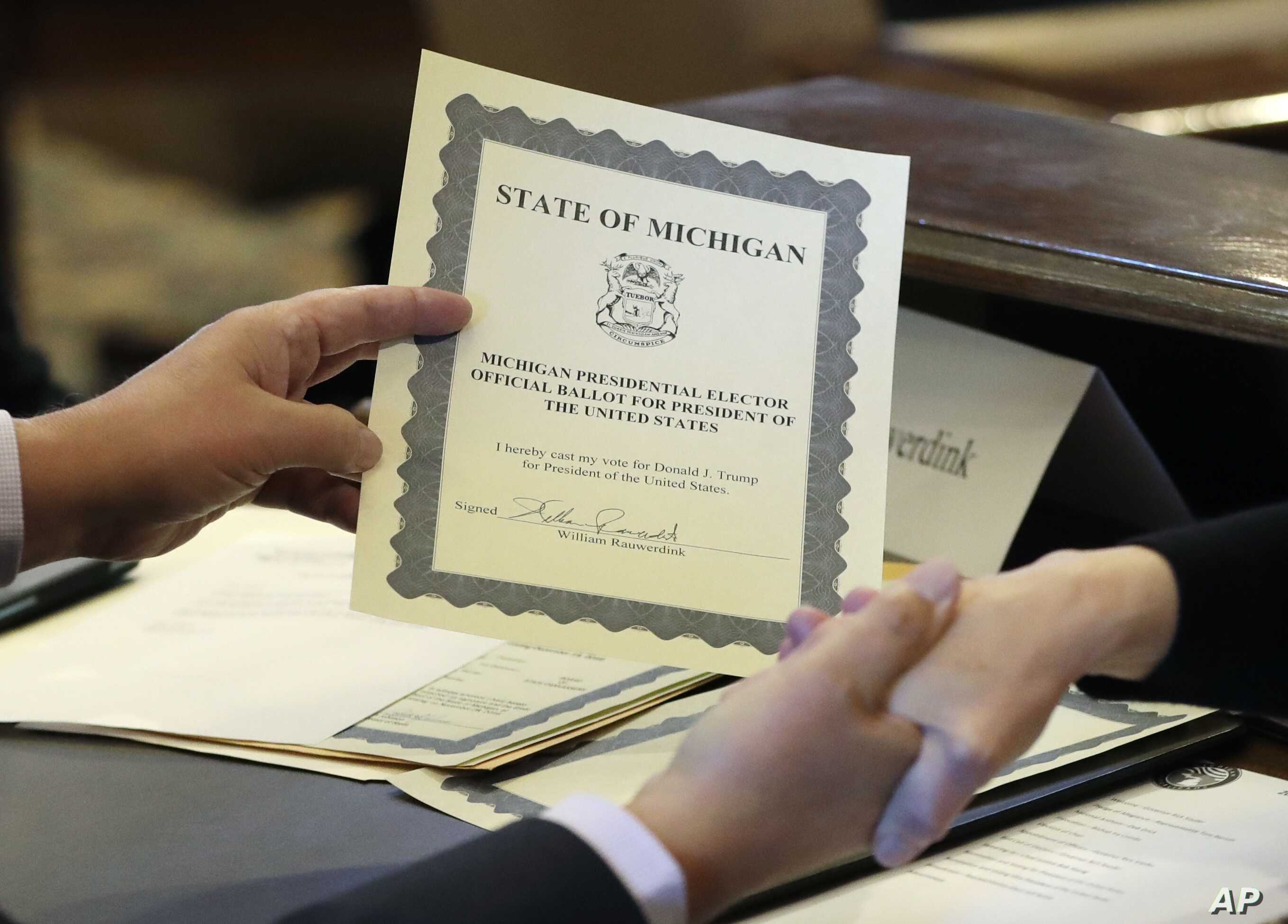 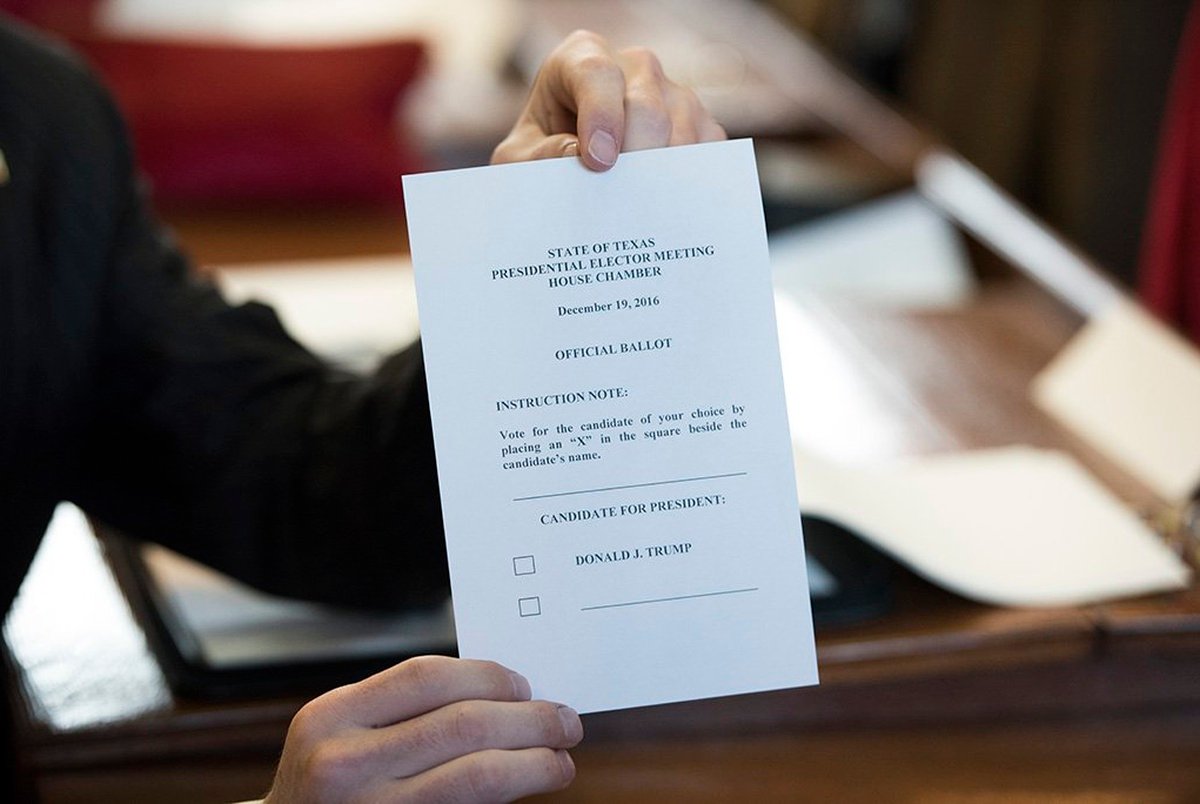 Not the answer you're looking for? Browse other questions tagged united-states presidential-election voting electoral-college .