What's the red, white and blue (with stars) banner that Trump was using on the stage in his election campaign?

During election campaign rallys, Trump was always on stages decorated with a red-white-blue-white-red banner with white stars on the blue part. I of course know that's the US colors and the stars are a reference to the national flag - but, is there a name for this flag / banner? I also saw a round version with the blue in the middle (IIRC) and then white and red circles around that.

Is that just a "let's throw some patriotic colors together and make it look nice"? Or does it have any deeper meaning? 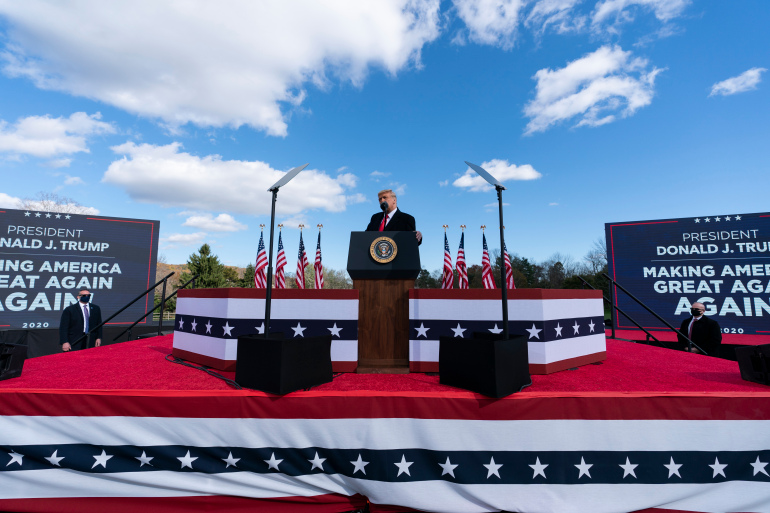 You've most likely seen it curled into a half-circle ring for decoration, particularly on the 4th of July, but also at other political events. Here's a picture from around the time of President Obama's inauguration: 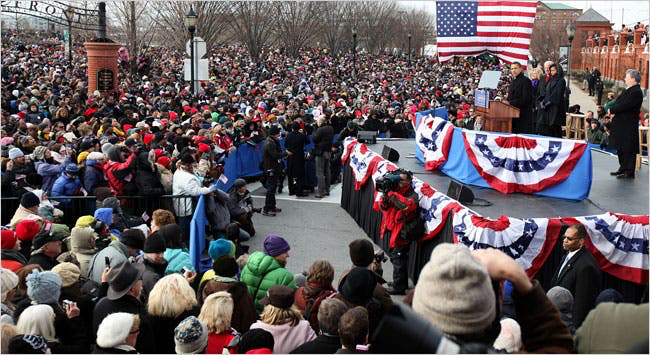 But the actual form is a long banner: 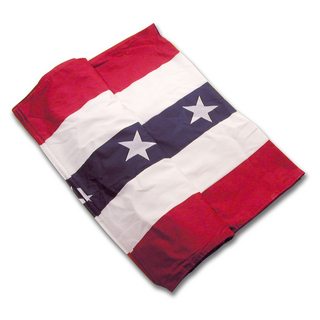 It doesn't have any other meaning beyond being Patriotic.

Not the answer you're looking for? Browse other questions tagged united-states flag symbols .

130
Why were pre-election polls and forecast models inconsistent with the election of Donald Trump?
5
Which website was Donald Trump mentioning in his speech declaring his candidacy for the 2016 election?
18
Was Bill Clinton charged with a crime by the Justice Department, and why would the same reasoning not apply to Trump if so?
3
What flag is similar to the American flag but has 9 stars and 13 vertical stripes?
5
Where do the democratic and republican matched animal logos come from?
23
Why did Trump rescind his executive order that barred former White House employees from lobbying the government?
35
Why is Former President Trump criticized for leaving the Iran Deal and his 'Maximum Pressure' campaign?
14
What is the blue-white-blue horizontal triband flag waved by karateka Sandra Sánchez at the Tokyo 2020 Olympics?