Did Armenian forces leave Kalbajar region by 15 November, as specified in peace treaty?

In particular, the Kalbajar region has to be cleared by 15 November 2020. 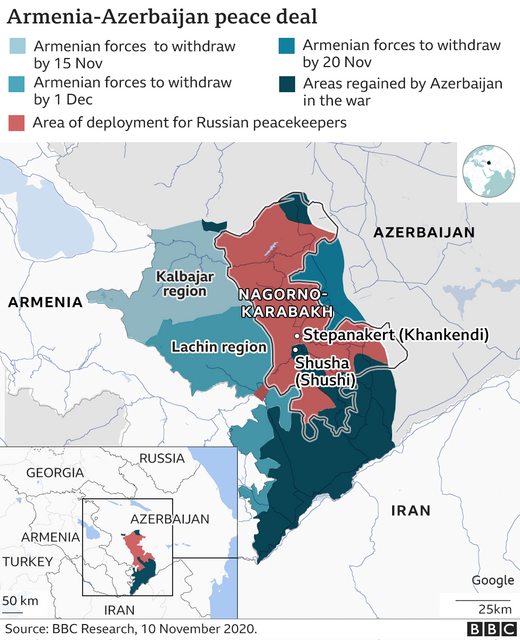 It is 17 November already, and I don't see announcements about the fulfillment of the first milestone declared in the long-awaited peace treaty. Assuming that the war was going on for merely 30 years, I feel that any delay could trigger further escalation by radical factions of both sides of the conflict.

Has Armenia met the deadline by withdrawing from the Kalbajar region on time?

Azerbaijan agreed to extend the deadline for 10 more days. So, Armenia has until 25th November, 2020 to vacate the region.

Not the answer you're looking for? Browse other questions tagged armed-conflict peace-treaty azerbaijan armenia .