Why were there only 531 electoral votes in the US Presidential Election 2016?

I just read this Wikipedia article.

But the total number should be 538. Where did the 7 votes go?

This is due to so-called faithless electors. Seven electors voted for a candidate other than the one they pledged to vote for. Three voted for Colin Powell, one for John Kasich, one for Ron Paul, one for Bernie Sanders, and one for Faith Spotted Eagle. The FEC's report on the 2016 election contains the map below showing which state these electors were from; Texas, Washington, and Hawaii. 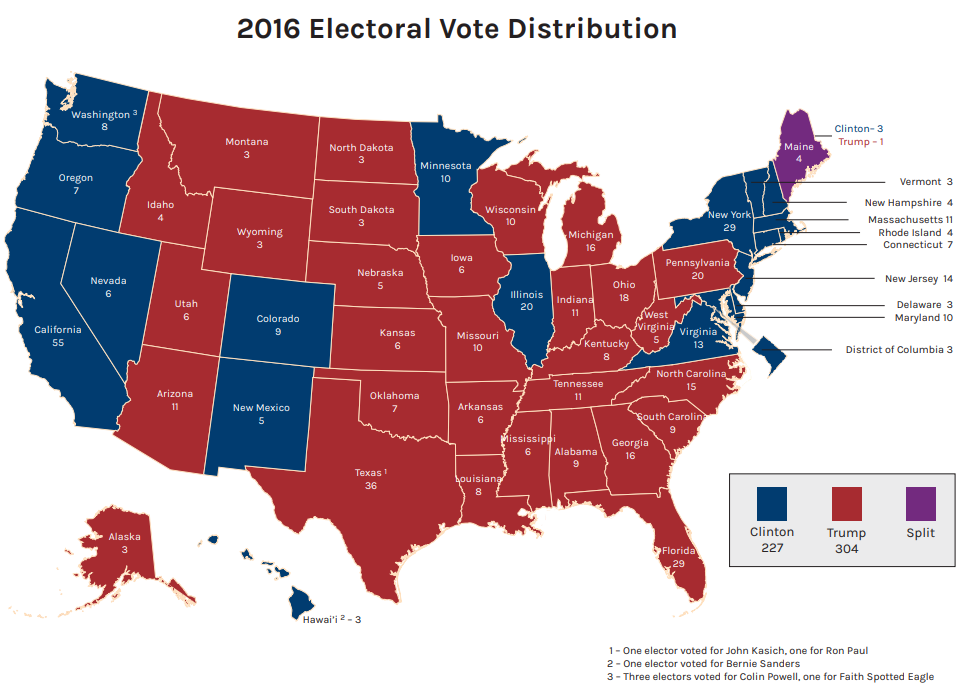 Not the answer you're looking for? Browse other questions tagged united-states presidential-election electoral-college .