Did House Democrats "win the Electoral College" in 2020?

House Democrats appear to have underperformed Biden again. This is the third time in a row that Democrats got a lower % of the two-party vote than their presidential candidate, though the difference was smaller than 2012 or 2016.

Did the statewide Democratic House popular vote wins add up to 270 or more electoral votes?

By the way, we can treat ME and NE as statewide especially considering ME-2 and NE-2 kept their House members which aligned with the statewide presidential vote.

No, in terms of state-aggregated vote counts, House Democrats lost the 'electoral college' by 261 electoral votes to the Republican's 274. This increases to 264 votes if we include DC's three electoral votes by including the votes for DC's non-voting House delegate.

As you mention, there is no need to split out Maine & Nebraska's electoral votes which are apportioned on a per-district basis, as both states elected all of their representatives from the same party - Maine elected two Democrats, while Nebraska elected three Republicans. 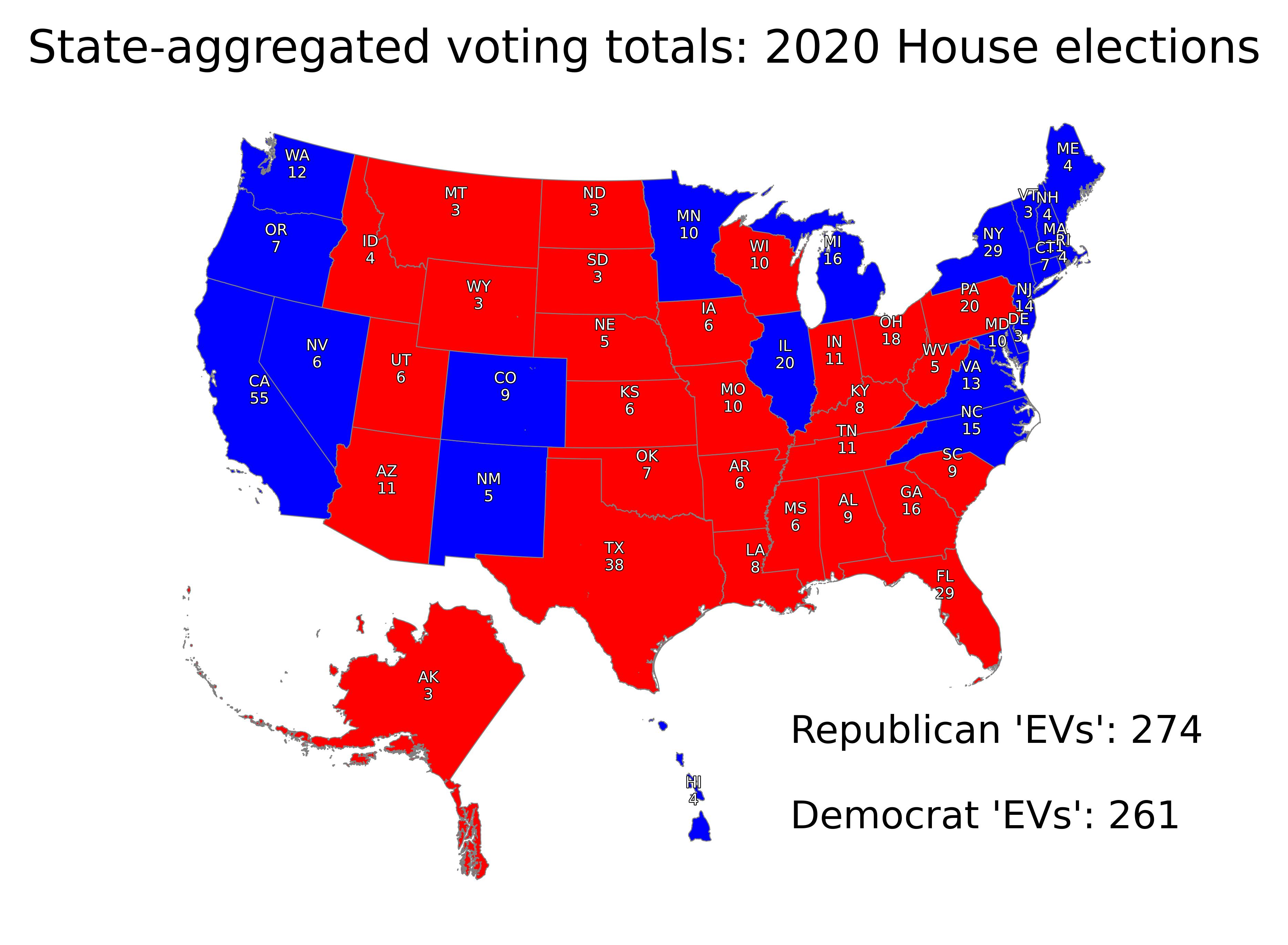 Not the answer you're looking for? Browse other questions tagged united-states electoral-college house-of-representatives .