What is Boris Johnson carrying?

This is a cropped photo from a recent article ("In Last-Ditch Bid for Brexit Deal, Leaders’ Theatrics Show the Stakes", NY Times): 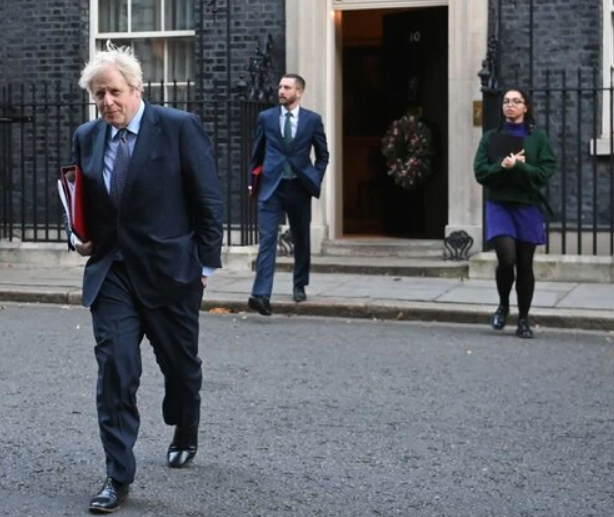 I think I've seen similar past photos of the PM or other UK politicians with binders or papers. 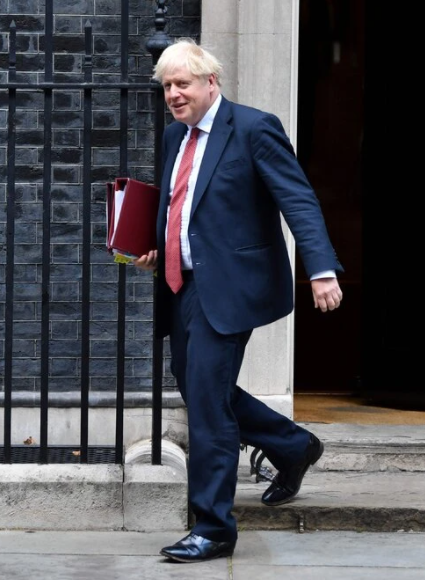 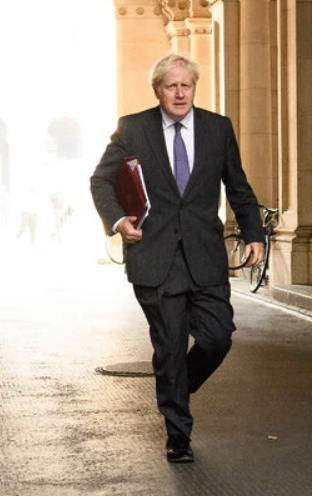 What is he actually carrying? I don't mean only in these examples, but in general what (sorts of) papers or documents would the UK Prime Minister normally need to carry around in ring binders? Aside from the fact that you'd think there would be aides or other staff to take care of things like that [and in fact there are two other people also carrying similar things], they aren't even in a bag not to mention that many people prefer digital forms these days. Of course it could be some kind of official paperwork that needs to be on paper, but that seems like a strange thing to carry around so casually.

Or maybe its just a prop, for the cameras?

The most probable answer here is that he is carrying notes for his speech. 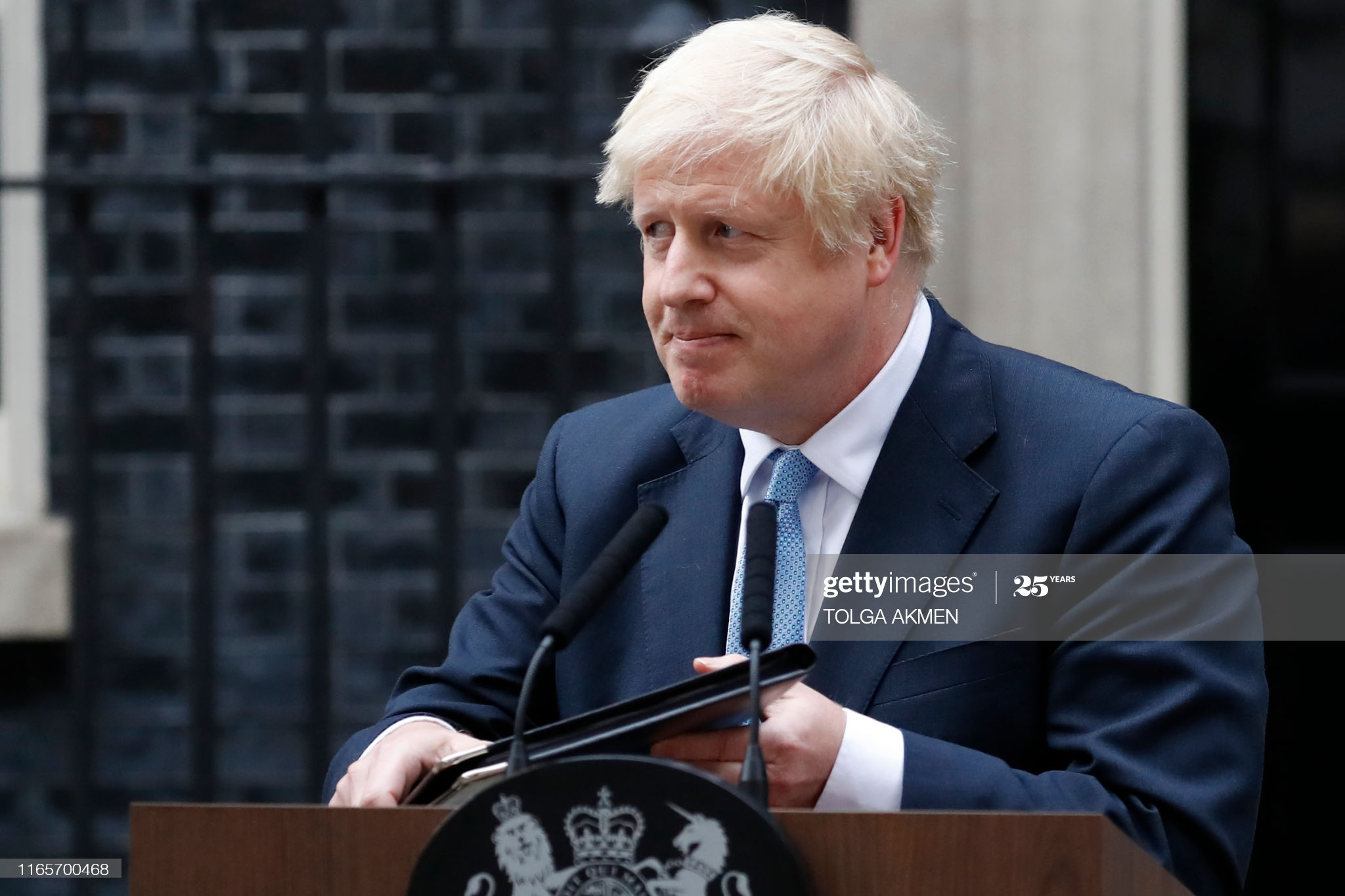 The caption for that image is

Britain's Prime Minister Boris Johnson holds a folder as he delivers a statement outside 10 Downing Street in central London on September 2, 2019

There is also another similar image of him carrying the folder after leaving Prime Minister's Questions (PMQs): 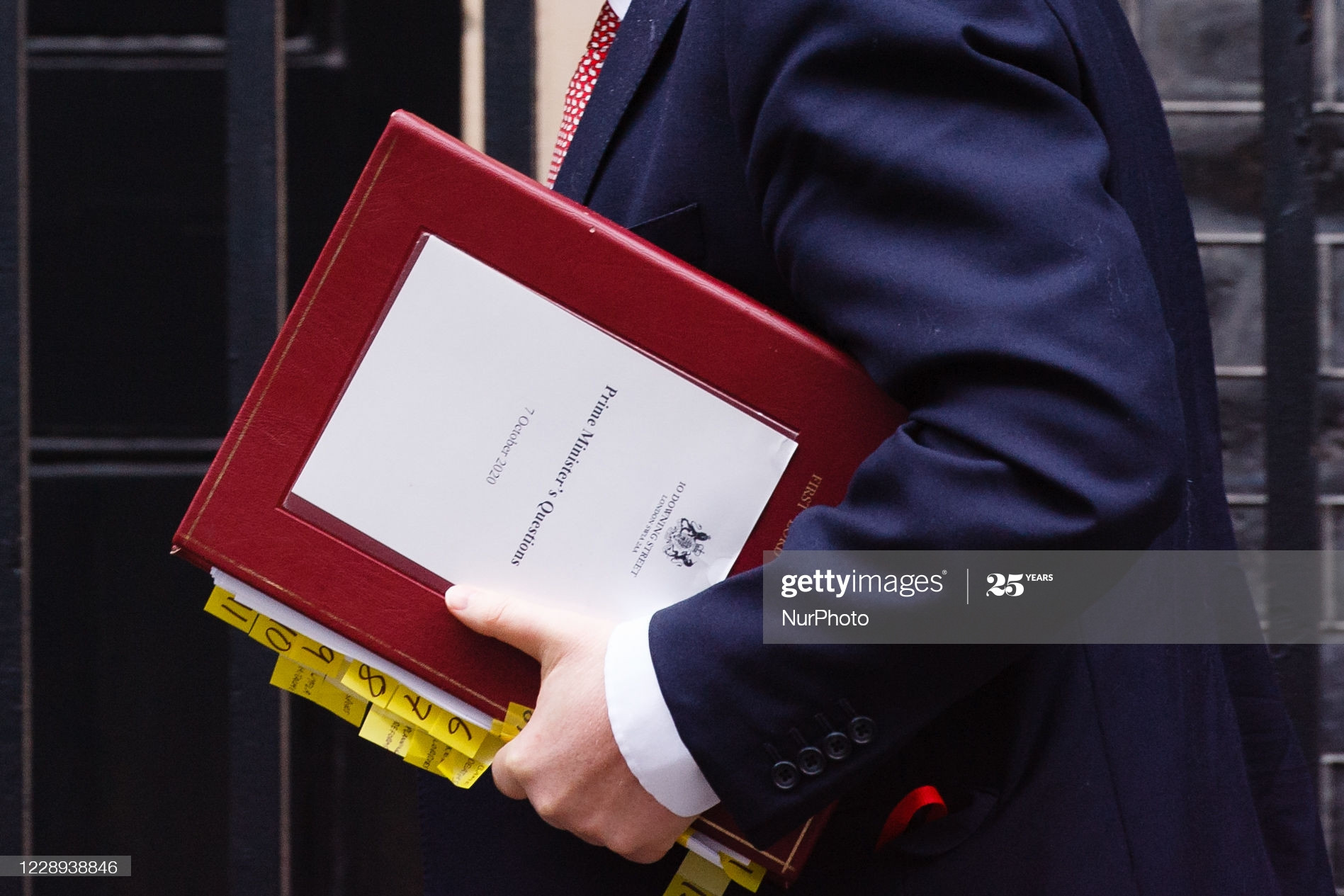 Another possible answer is that he is carrying budget documents. There is an article in the Daily Mail that calls it that. The folder could actually contains both as he would have use for both of them while answering PMQs. It could also just be a prop for the camera as many MPs hold a folder when leaving parliment.

Another unlikely answer is that he is carrying the letters of last resort which are equivalent to the nuclear code in the United States.

One thing to note is that electronic devices have only recently been permitted to be used - These guidelines from (I believe) 2010 quote the Speaker as saying in 2007:

It remains unacceptable for a Member speaking in the Chamber to be prompted by information on the screen, or for a device to be used as a prompt by a Member — or a Minister for that matter — participating in proceedings.

The latest rules of behaviour are more permissive:

The House has agreed to the use in the Chamber of hand-held electronic devices provided that they cause no disturbance and are not used in such a way as to impair decorum. Their use should be confined to enabling your participation in debate. You may use electronic devices in place of paper notes in debate and may consult them when you are not speaking.

Whether they can be consulted while speaking seems unclear to me - "in place of paper notes in debate" would suggest yes, "may consult them when you are not speaking" [emph. mine] suggests no. I watch very little TV these days, even less of that news/politics, but don't recall ever seeing anyone referring to a device while speaking.

Anyway there isn't a long established practice of consulting electronic briefing notes - and they're not well suited to a process that might be characterised by opening a binder to the section on a particular subject, and reading a figure. Done well indexing is instant on paper. For example if I were doing this, maybe red tabs would be economic*, with "B" for benefits, "T" for tax, or some similar simple notation; I have yet to see an electronic system as effective and I suspect an in-house one would have to be developed at considerable cost of money and time before it would be adopted.

* my system is more complex than the PMQs example seen in another answer, but broadly similar - sticky notes headed "BAME deaths", "Kent lorries", and "Planning reform" are visible and similar tabs can be seen though not read in the 2nd photo of the question.

Not the answer you're looking for? Browse other questions tagged united-kingdom boris-johnson .