What are the intrinsic consequences of not officially recognising China?

What intrinsic consequences would there be for such a lack of recognition? For example, would it affect the ability of Chinese citizens to visit Australia, or for consular assistance to be given to Australians in China, or for trade to be conducted under favorable trade agreements?

Also, does China have unofficial relationships with countries that don’t officially recognise China, akin to what Taiwan does with Australia?

I’m asking about intrinsic consequences, as opposed to speculating on how China may retaliate against Australia.

I don't know much about the practicalities of unofficial diplomatic relations between China and countries that recognize Taiwan, but what I do know is that China has little trouble doing business with them, e.g.

Trade also goes the other way, e.g. Guatemala exports to (mainland) China, mainly foodstuffs. (Not surprisingly they have trade a deficit with China.)

Guatemala and Honduras are among the countries that recognize Taiwan. Guatemala and Honduras don't recognize China. They don't have PRC embassies but ROC (Taiwan) ones. Taiwan for example has a Taipei Economic and Cultural Representative Office in the US. I'd venture a guess that China has something like in (e.g.) Guatemala and Honduras, but I can't find any details... besides what they were called 10 years ago. FAO has this pretty dated document (2009) on alternative arrangements for countries with no diplomatic relations with China: 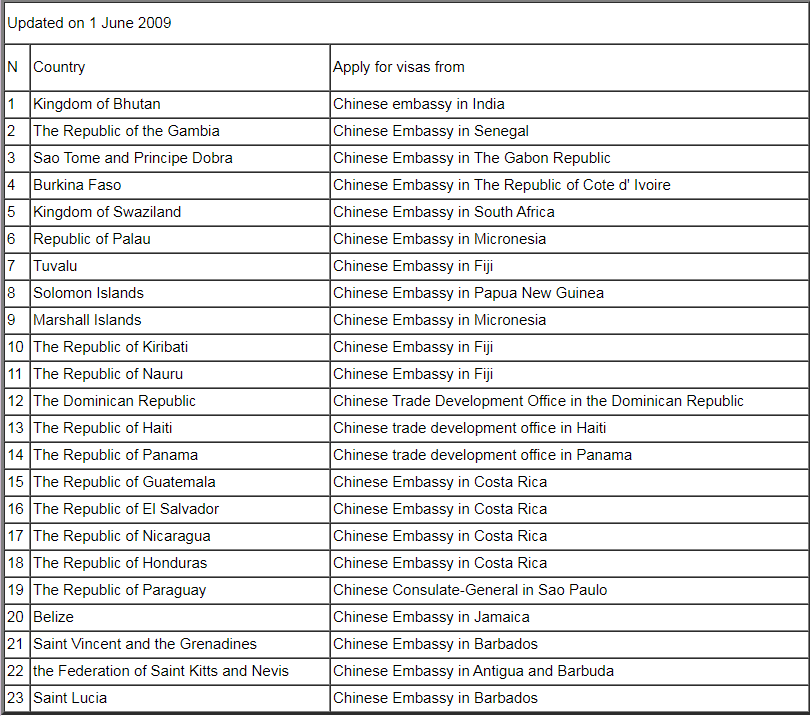 As you can see, in some cases, the Chinese "trade development office" even accepts visa applications.

Not the answer you're looking for? Browse other questions tagged china international-relations .