Reading the news after four people were stabbed in protester-counterprotester clashes in Washington, DC — this image from npr.org — I came across this potentially offensive picture: 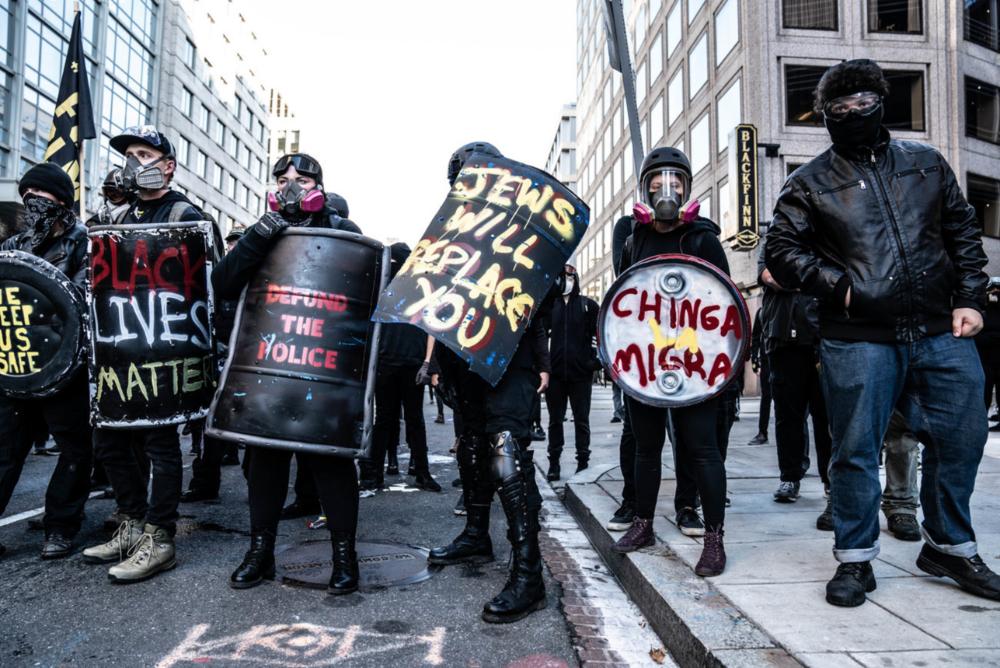 (Hover over to view)

Not the answer you're looking for? Browse other questions tagged protests rhetoric antisemitism .

7
Has Facebook’s (or other social network) block policy been abused to limit freedom of expression inside EU?
12
Has the Labour party always had this level of problems with anti-semitism?
8
Why would the Sudanese protest movement insist on a 3-year period before elections?
2
Has New Zealand announced any investigation or punishment/censure for MP Swarbick for her saying "OK, boomer"?
4
Did Stephen Miller ever publicly discuss his support for antisemitic organizations?
8
Why do BLM protestors continue after all four police involved in the killing of George Floyd are facing charges?
81
Why is there a broad pattern of excessive force by police towards protestors in spite of international focus on this use of force?
7
What previous actions had been taken by Bristol city council regarding the statue of Edward Colston?
12
Why are CBP and other organizations within DHS allowed to arrest protestors?
0
Is the number of protestors proportional to public solidarity?