Was the President's authorization to arrest and prosecute those who destroy Federal property still active on January 6th?

In summer 2020, president Trump has authorized the Federal Government to enforce the law against those who vandalize or destroy monuments or other Federal property:

I have authorized the Federal Government to arrest anyone who vandalizes or destroys any monument, statue or other such Federal property in the U.S. with up to 10 years in prison, per the Veteran’s Memorial Preservation Act, or such other laws that may be pertinent..... — Twitter
.....This action is taken effective immediately, but may also be used retroactively for destruction or vandalism already caused. There will be no exceptions!

Further, he has reiterated it:

Anarchists, Agitators or Protestors who vandalize or damage our Federal Courthouse in Portland, or any Federal Buildings in any of our Cities or States, will be prosecuted under our recently re-enacted Statues & Monuments Act. MINIMUM TEN YEARS IN PRISON. Don’t do it! @DHSgov — Twitter

I believe Trump was referring to Public Law 108-29, although I failed to find any reference to "Statues & Monuments Act". 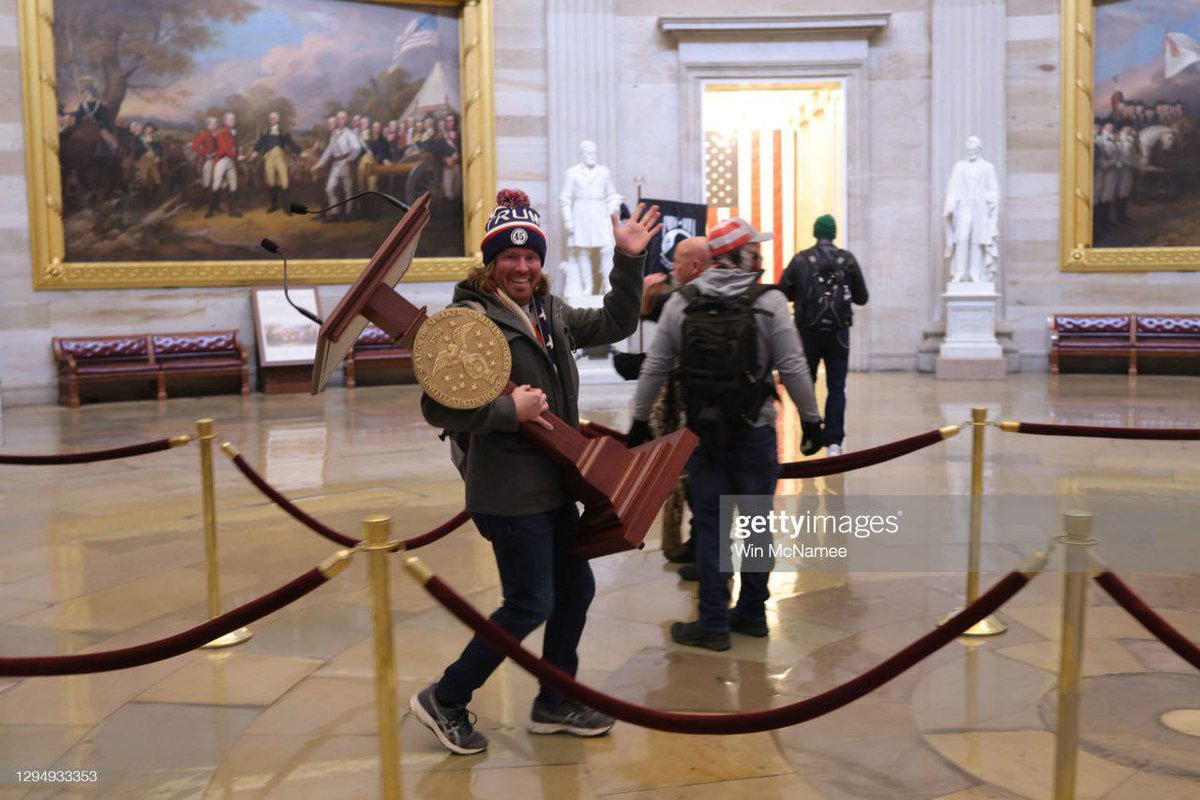 From this question and its answers I learned that the United States Capitol Police is responsible for securing law and order in the Federal building of US Capitol.

Question: Assuming that the actions that occurred on January 6th fall under the mentioned law, does the Presidential authorization to enforce this law still active?

President Trump did sign an Executive Order in June 2020 titled "Protecting American Monuments, Memorials, and Statues and Combating Recent Criminal Violence". (This EO was later revoked by: EO 14029, May 14, 2021.) There is no "Statues & Monuments Act".

Apart from the "Veteran’s Memorial Preservation Act" that Trump mentioned in his tweets, he is also likely referring to 18 U.S. Code § 1361. This law has already existed since at least 1948.

Whoever willfully injures or commits any depredation against any property of the United States, or of any department or agency thereof, or any property which has been or is being manufactured or constructed for the United States, or any department or agency thereof, or attempts to commit any of the foregoing offenses, shall be punished as follows:

As noted by ABC News, the President simply directed the Department of Justice to enforce existing laws with regards to the destruction of monuments.

If a crime is committed that violates this act, the prosecution would be authorized under the law passed by Congress; the president directs enforcement of that law.

However, in reference to the incidents on Monday night, Moss said that "if they were to deface a statue that was dedicated to memorializing Andrew Jackson's military service, it's entirely possible that the arrest from last night will invoke this law. It's not clear that the law was specifically applied to that statute, but it's possible."

Lastly, Moss said the president cannot do anything more than what law enforcement -- in this case the United States Park Police (USPP) -- are already prepared to do. And that goes for prosecutors as well.

"Local prosecutors who are going to bring charges, if any, against those who were arrested last night, are aware of what they can and can't invoke," Moss said. "They didn't need the president's tweets to remind them."

Not the answer you're looking for? Browse other questions tagged united-states protests national-security .

12
Whose responsibility is the physical security of the US Capitol?

3
Is the current action by the BLM in Bunkerville Nevada a violation of the Posse Comitatus Act
6
"The first federal recall election was held on January 14, 2014." What was the name of the court case?
20
At Trump's inauguration, who was the man in the wheelchair and why is he important?
6
Wrongfully influencing a private entity’s employment decision/practice, Is this law being violated?
10
When was the investigation into Donald Trump and Russian collaboration first made public and by who?
40
Who was General Qasem Soleimani, and why was he targeted by the US?
53
What reasons are offered by those who both endorsed social distancing and then endorsed the BLM mass protests?
3
Biden recently vehemently rejected support from some far-right or racist personality; who was that and what was the rejection?
1
On what basis was the 2011 HHS override of and FDA decision overruled by a federal judge?
9
Assuming Pelosi is Speaker, how would it affect the January 6th count if she refused to seat the Reps who plan on objecting to the electoral votes?