Was the timing of the armed response to defend the Capitol within the requirements specified in security protocols?

The Department of Defense posted a detailed planning & execution timeline¹ for the National Guard’s involvement in the deadly siege of the US Capitol on January 6, 2021.

What struck me most was apparently slow response of the law enforcing agencies (SECARMY and DCNG) to direct call for help. Here's excerpt which took my attention:

After the Capitol Police failed to sustain the Capitol defense, Mayor Bowser requested Secretary of Army (SECARMY) for armed support.
Which took him merely 1 ½ hours to direct the National Guard (DCNG) to the place.
Who arrived there more than 2 ½ hours later and full 4 hours after the initial request.

Question: was the armed response timely?

From this question and its answer I learned that the Capitol Police (and Muriel Bowser herself) had only prepared for peaceful protesting and did not anticipate the violence that occurred. However, once the events took a tragic turn, could they react faster to avoid further casualties?

I'm sure the rest of the operation was timely enough. For example, VP Pence and the Congress have been evacuated almost instantly (1326), even before the call for help. 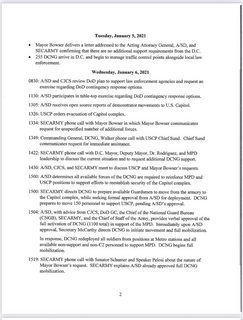 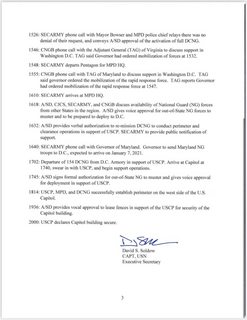 18
Was there a specific order for a muted response to pro-trump rioters' assault on the capital building?

2
What was the legal justification for H.R.2419 (protection of social security)?
18
Legality of Syrian invasion by US and allies
5
Was attending the meeting by Trump Jr., Kushner or Manafort, an "act to effect the object of the conspiracy" within the meaning of 18 U.S.C. 371?
12
Whose responsibility is the physical security of the US Capitol?
18
Was there a specific order for a muted response to pro-trump rioters' assault on the capital building?
12
Why was there a man holding an Indian Flag during the insurrection at the US Capitol?
1
Was John Kerry considered a controversial politician within the Democratic party, back in the days?
3
What was the USA's response to Indian intervention in Sri Lankan civil war?
0
Is the current governance of the United States Capitol Police at odds with separation of powers doctrine?