Was there any war Russia has ignited that was NOT explained by its "support" of a newly-created "People's Republic"?

This excerpt of a Russian newspaper says: 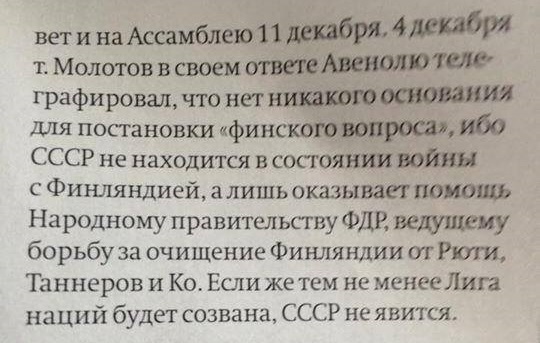 On December 4 {1939}, comrade Molotov has telegraphed to Avenol. In his answer, he stated that there are no reasons for raising "Finnish question", since the USSR is not in war with Finland. Instead, it helps the People's government of FDR (Finnish Democratic Republic) to get rid of Ryti, Tanner, and Co.
If, nevertheless, the LN meeting will be scheduled, the USSR will not attend.

The policy of government has been oriented to build a socialist republic in Afghanistan.
In Russian: Политика правительства была ориентирована на построение в Афганистане социалистической республики.

I was trying to find any war ignited by the Russia's recent history (under any regime) that has not been backed up with an idea of "supporting" some kind of "People's Republic", but failed to find one.

Well, any point of Russian history is acceptable, right? We have a lot of interesting candidates. Let's see some of them:

The Russo-Swedish War of 1590–1595 between the Tsardom of Russia and Sweden seems to fit what you want. If I can believe wikipedia, this war was instigated by the Russian Regent Boris Godunov hoping to recover the Duchy of Estonia, which was taken from Russia in the previous Livonian War - so there was not an excuse of supporting a "marionette Republic" (or Kingdom). According to the wiki:

As soon as the Truce of Plussa expired early in 1590, a large Russian army led by Godunov and his sickly brother-in-law, Fyodor I of Russia, marched from Moscow towards Novgorod. On 18 January they crossed the Narva River and laid siege to the Swedish castle of Narva (...).

Maybe someone could say this war was not ignited by Russia, since there was previous wars against Sweden, including the one where Russia lost the Duchy of Estonia.

The formal pretext was the grave damage inflicted to the many Russian merchants who inhabited the Safavid Iranian city of Shamakhi. In 1721, rebellious Lezgins, from within the declining Safavid Empire, had sacked and looted the city, killing many of its inhabitants including several Russian merchants.

However, according to wiki, "the ultimate cause of the war was Russia's desire to expand to the southeast and the temporary weakness of Iran", i.e., the war was ignited by Russia, and the formal "excuse" was the damage suffered by Russian merchants in Persia, not the support of, let's say, a "People's Emirate".

About recent wars: most Russian wars after WWII seems to, formally, be either in support of new communist or post-soviet states, about crushing some kind of rebellion (so formally ignited by the rebellion itself; for example, Caucasus Insurgency, Hungary Revolution or the invasion of Czechoslovakia), or involved mainly other countries which were the ones who formally ignited the war (as North Vietnam, Egypt in the War of Attrition, or the wars between Ethiopia and Eritrea). Wars after 1917 seems to follow the same pattern, including wars which formed the Soviet Union and its constituents.

Some possible exceptions to this includes:

This is an interesting question.

If I remember my history correctly, Peter "The Great" was openly expansionist and did not cloak himself in a mantle of a liberator. But he was also doing a lot of domestic reforms.

Come to think of it, the same can be said about Napoleon. It may be interesting to generalize this question to examine how often monarchs who were domestic reformers also proved to be openly expansionist internationally.

The hegemony of Russia in Asia would not, to my mind, be in any way regrettable. Russia would probably not be strong enough to tyrannize as much as the English, the Americans, or the Japanese would do. Moreover, the Russians are sufficiently Asiatic in outlook and character to be able to enter into relations of equality and mutual understanding with Asiatics, in a way which seems quite impossible for the English-speaking nations. And an Asiatic block, if it could be formed, would be strong for defence and weak for attack, which would make for peace. Therefore, on the whole, such a result, if it came about, would probably be desirable In the interests of mankind as a whole.

Russell's opinions are highly tentative, subject to revision based on new evidence. It is doubtful whether Russians today still share that level of sympathy with the rest of Asia. The underlying desire in a Russian heart to gang up against China is very strong. In 2015, I would trust a Japanese before a Russian.

Since WWII the USSR has participated only in one war, in Afghanistan (if not to count the border clashes with China).

In post-Soviet history, besides what u mentioned, Russia participated in two major wars in Chechnya and also in defending the Tajikistan-Afghanistan border. I do not know whether it counts as defending a "people's republic" but Russia definitely was defending Tajikistan.

Not the answer you're looking for? Browse other questions tagged russian-federation armed-conflict history civil-war .

17
What is the benefit of Ukraine declaring martial law after a naval attack by Russian forces?

22
Are there regions within Russia with a majority population that is not ethnic Russian?
3
Was there any change in perception of Militia/Police in Russia after the renaming?
13
Why does Russia hold hard on keeping Chechnya?
21
Why doesn't PRC help install a new leadership or stage a coup to preserve DPRK -- or even take it over altogether before the US does?
15
Has any relevant American politician ever publicly admitted that the Gulf of Tonkin incident was a lie?
2
Are there any opinion polls in the US on [not] "letting" the Taliban win in Afghanistan (and the price Americans are willing to pay for that)?