What determines who gets to stay in the Presidential Townhouse / Trowbridge House?

reserved for the exclusive use of former presidents of the United States during visits to the capital.

The Trowbridge House (708 Jackson Place NW) is nearby and is currently undergoing renovations to also serve as guest house for former presidents. Neither should be confused with the President's Guest House (commonly called Blair House), which is a guest house for foreign dignitaries.

What determines who can stay in these two houses? Specifically, 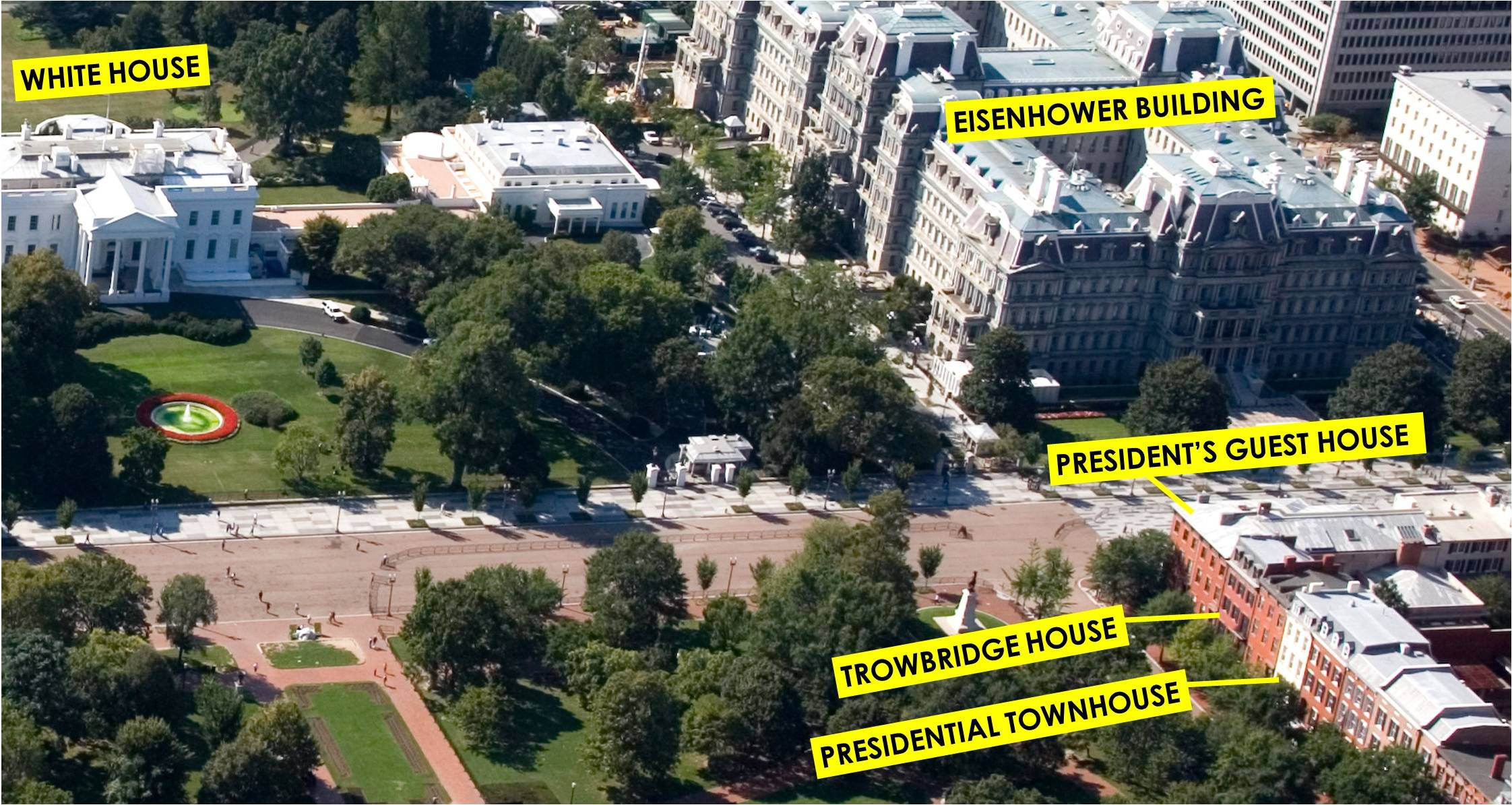 There aren't much publicly available information regarding these buildings but I'll answer with what I could find.

Regarding 716 Jackson Place, the GSA explains:

The building at 716 Jackson Place is owned by the federal government and is reserved for the exclusive use by former presidents when they are in town. Purchased by the government in the late 1950s, it became the "Presidential Townhouse" in 1969 by order of President Richard Nixon. The five story building includes two dining rooms, multiple bedrooms, and space for a Secret Service detail in the basement. A four-story building dating from the late 1860's, it was once the home of Supreme Court Justice Oliver Wendell Holmes, Jr.

Some additional details of the renovation at Jackson Place can be found at the website of a construction firm.

1. Is the "exclusive use by former presidents" actually authorized by law? By executive order? Or simply by tradition?

From above, it's noted that President Nixon designated those buildings as the "Presidential Townhouse" "by order" in 1969. However, I could not find relevant executive orders regarding this.

Purchased by the government in the late 1950s, it became the "Presidential Townhouse" in 1969 by order of President Richard Nixon.

At a congressional hearing in 1979, a GSA official stated that the White House has "the assignment responsibilities". It also appeared that despite being reserved for "the exclusive use of former Presidents", others had used the building too. It is unclear if that has changed. The hearing also provided some other information regarding this townhouse.

The have space assignment, they have the final word on who can use it and who can't. We have had former Vice President Agnew in there, we had the Rockefeller Commission in there and a drug commission as well as others. It has been used by a number of different organizations or people.

2. Can/Has it been occupied by more than one ex-president at a time? If not, who decides which ex-president has priority?

There is no official source I could find regarding this. FWIW, CBS News mentioned this:

Of course the house is large, but it's no mansion, so if the ex-president's club gets much bigger, and the man sitting in the Oval Office decides he ever needs all of them in Washington, D.C. at the same time, the presidents may have to draw straws to see who gets the prime real estate across the street.

3. Can/Has a current President prevented (or interfered with) an ex-president from staying there?

It appears to be yes. Michael Duffy and Nancy Gibbs, author of the book "The Presidents Club", noted that President Carter did not let his predecessor, President Nixon, stay there. Via the same CBS News article linked above:

But the first time Nixon came back to Washington after his resignation, he was forced to go elsewhere.

Nixon asked to stay in the building, but Jimmy Carter wouldn't let him.

4. Do presidential widows also have rights to stay in these houses?

From the congressional hearing mentioned above (under #1), the President has the "the final word on who can use it and who can't". So, it's possible with the permission of the incumbent President.

Not the answer you're looking for? Browse other questions tagged united-states president washington-dc .

2
What determines what is published in the US Federal Register?
8
Who determines the speaking order, and who speaks in US congress?
14
Who and on what basis determines how much US pays for UN?
7
Did Bill Clinton still have his Presidential powers after his impeachment by the House of Representatives?
24
Who determines when road center lines are solid or dashed?
17
Does a presidential impeachment inquiry give the House additional powers to obtain documents more quickly?
3
What determines whether the US House votes by voice, roll call, or unanimous consent?
4
What if the Electoral College ties and no candidate gets a majority in the House or Senate?
1
Who gets a state's Electoral College votes if no one gets a majority of the popular vote?