How many pro independence Scottish voters are pro EU membership

It seems (to me, from a distance) that the SNP argument for a Scottish independence push is predicated on the idea that an independent Scotland will join the EU. Is there any good quality data available which breaks down what proportions of pro independence Scottish voters are also pro EU membership bid? We have clear numbers for the Brexit vote and the IndyRef vote but we can't just munge these numbers together and expect to get anything truly representative. I imagine there is a subset of Scottish pro independence voters who would actually be against EU membership, but is this presented as an option on any ballots? This cohort seems to be overlooked in the media discussion.

YouGov covered this territory at start of 2020. 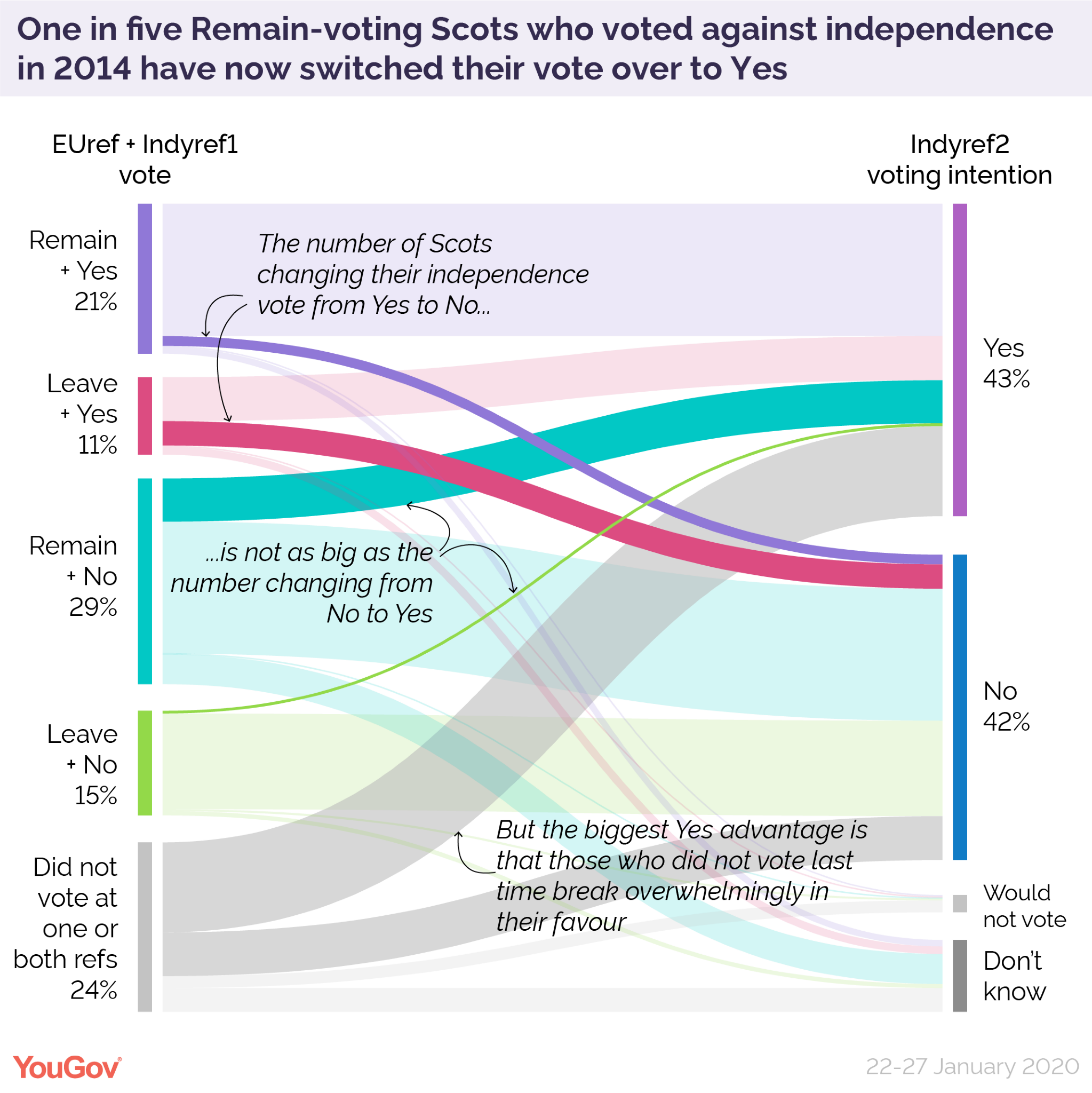 There isn't as much of an obvious Indy+Remain/UK+Leave split as you might imagine, but it is substantial.

Do note that this poll covered votes in the previous referenda, and despite the column heading the Scottish Independence referendum was first. There is no reason why an individual might not believe an Independent Scotland would be best off in the EU, but a United UK would benefit from a Leave vote. Or that they might vote in either referendum in a way they believe acts as a protest against the current Scottish or UK government all if which prevents clear groupings.

The article does include specific data that;

34% of Scots, and 46% of indie swing voters, picking “Scotland would be able to stay in the European Union” as one of the main advantages of independence.