As far as I understand, the USA's Middle East policy more or less revolves around Israel and its security. The countries which had antagonistic policies toward Israel were either taken out by Israel or the USA one after another.

To my understanding, the only outliers are Iran and Pakistan.

I concede that both of them have huge and powerful militaries; that is one of the reasons they are still on the world map. However, while Iran has faced repeated sanctions, Pakistan has been spared time and time again.

The US relationship with Pakistan is complicated, but for decades it was viewed as an ally. In the 1970's and 80's, India was somewhat friendly towards the Soviet Union (while remaining nonaligned). That encouraged a relationship between Pakistan and the US. After India developed a nuclear weapon, the US (as I understand it) looked the other way while Pakistan developed theirs.

The enmity between the US and Iran really goes back to the 1953 coup in which the CIA imposed the Shah on Iran. After he was overthrown, and ever since, the new government has been extremely hostile to the US, and that hostility has been reciprocated.

This question basically amounts to asking "Why is the US nicer to its friends than its enemies?" To be sure, Pakistan has recently often been something of a frenemy, but has not been overtly hostile in the way that Iran has.

To quote UK Essays. (November 2018). Geopolitical Position Of Pakistan History Essay, " Pakistan has a significant geopolitical position as it is situated in a region that is of high grandness due to its political, economic, and strategic position. " The primary reasons for the incentives that Pakistan enjoys from the US despite the repeated betrayal of Pakistan or, as Trump had mildly put it, "The US has gotten 'nothing' from Pakistan aid" are as follows.

the USA's middle east policy more or less revolves around the security of Israel.

But there are many differences between Iran and Pakistan's foreign policies, the Islamic Republic(IR) has always announced that it wants to annihilate Israel,and even you can see digital countdowns in the streets of Tehran showing the date of the end of Israel, have you ever seen such things in Pakistan? certainly not. 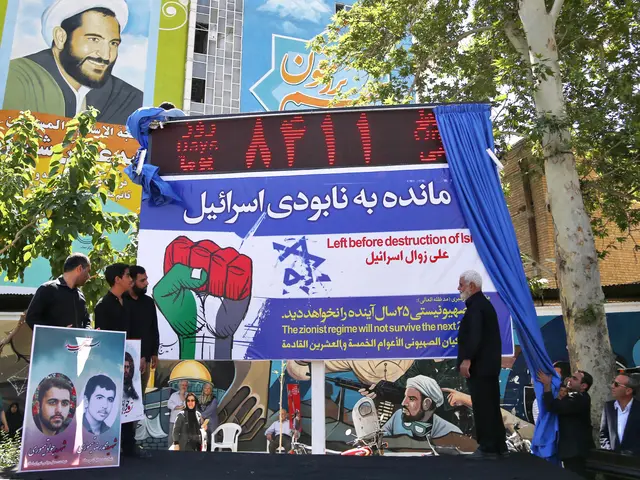 Besides, IR's belligerent behavior goes beyond its animosity with Israel, remember that IR has a long history of anti-American activities:

In fact, there has been hostilities against the U.S. by terrorist groups that are related to both countries, Al-Qa'ida and Taleban are in Pakistan and IRGC, Hezbollah and Islamic Jihad are supported by Iran, but the difference is that Al-Qa'ida and Taleban aren't official organizations in Pakistan and even Pakistan has launched operations such as Zarb-e Azb to remove them, but IRGC is an official organization in Iran and Hezbollah and Islamic Jihad are officially supported and sponsored by IR.In addition, remember that Al-Qa'ida has recently been connected to Iran .

Finally, the history of Iran-US relations is really more complicated comparing to Pakistan-US relations, and in fact, Pakistan is considered as an ally and Iran as an enemy. And the natural policy should be the one that is in practice now.

A lot of it finds sense in the fact that India has always been an untrustable ally and a string country on its own given the huge markets and other powers in negotiation that it gains. It has always been observed that the US takes sides in a binary quarrel and so it b had realised for a long time that its better to be on the side of India than Pakistan since Pakistan is a country politically less democratic and a country whose government unlike India is very less answerable to its people which is why a puppet regime is better stored for Pakistan.

Also the geopolitical position that Pakistan has caused almost all superpowers interested in Middle East to form allies with Pakistan. The father of the nation of Pakistan during the partition of India was once said to have been asked so as to how will they run Pakistan as an independent country given that majority of natural resources were located in India? To this Jinnah is believed to have said that the geopolitical position of Pakistan is within itself such a resource that will feed the needs of Pakistan for centuries to come!

Not the answer you're looking for? Browse other questions tagged united-states international-relations iran pakistan sanctions .

2
Governments friendly to the USA willing to accept Guantanamo detainees from other countries
17
Why is nobody worried about Pakistan's nuclear program?
1
Why has the USA suddenly sanctioned seven Pakistani companies?
3
Why did the USA suspend its military aid to Pakistan in 1965?
5
Why didn't Pakistan face any sanction from the USA for sheltering Osama Bin Laden?
4
Why US wants India and other countries to stop oil imports from Iran?