What is the stance of the current Japanese government on conversion therapy and why?

I wasn't able to find any information online. This site states the majority of Japanese support legalization of same-sex marriage. Wikipedia and OECD say conversion therapy isn't banned, but LGBT+ individuals have quite a few rights (see the table at both sites). However, since conversion therapy isn't banned, does the Japanese government "endorse" it? If so, why (and if not, why)? Have any acts actually been taken?

It would be a mistake to treat Japan's inaction-- or any country's inaction for that matter-- on conversion therapy as an "endorsement." It's widely understood in most countries that not every societal ill needs to be addressed at a governmental level, and that there are categories of behavior that are bad, but too rare to warrant attention.

To use an example, Canada and the United States banned female genital mutilation in 1996 and 1997. Now, were those countries supportive of the procedure before the bans? No, that's just when it became a visible enough problem due to immigration trends that the countries felt the need to act.

Also keep in mind that conversion therapy bans are very much the exception and not the norm, even in countries and localities where the practice is widely unpopular. Only three countries in Europe have banned the process legislatively, despite the continent having the highest levels of gay acceptance. (Blue represents bans, yellow represents proposed legislation that hasn't passed). 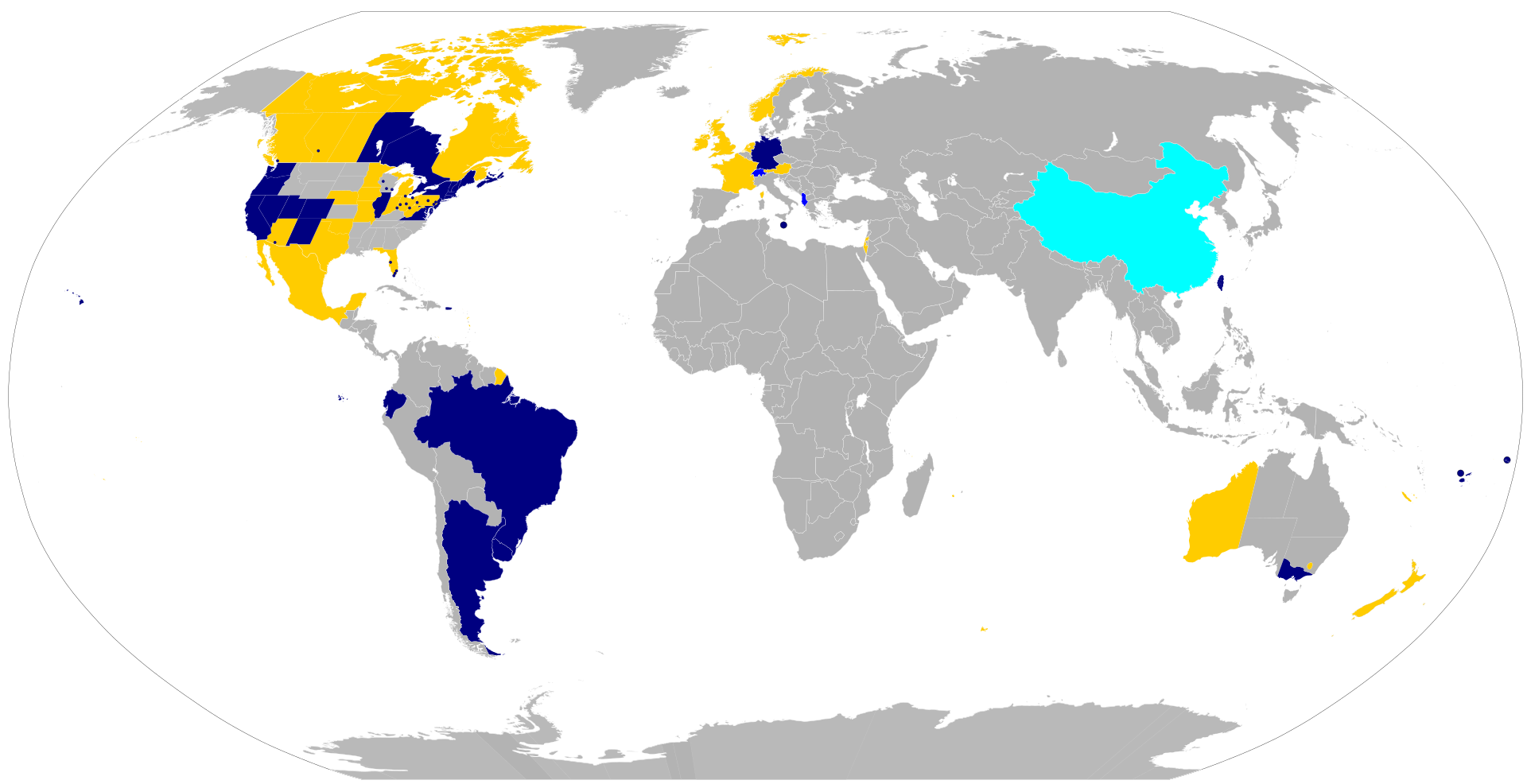 In the simplest terms, conversion therapy bans tend to pass in countries and localities that have political will to ban conversion therapy but also significant enough dissent to make it a legislative priority. So Saudi Arabia and Sweden aren't in a rush to ban the practice because everyone's basically on the same page (albeit completely different pages). But Massachusetts and Ontario are in a rush because they perceive that the number of would-be converters is high enough to make it a legislative priority.

Japan is closer to Sweden in this regard. Japanese culture has long been very liberal when it comes to homosexuality and sexuality in general. The two major religions (Shinto and Buddhism) have no precepts against homosexuality. Only ~1% of the country is Christian (and of course on top of that support for conversion therapy is rare nowadays even among conservative Christian denominations). Homosexuality was never even banned in Japan, except for an awkward period in the 19th century when they adopted a version of the Napoleonic Code in an effort to Westernize. LGBT activism and discrimination do exist in Japan, but it simply never was the cultural and political hot potato it was in the West.

tl;dr the Japanese certainly doesn't support conversion theory, but like many countries, have judged that it's not a matter of immediate importance

Not the answer you're looking for? Browse other questions tagged human-rights japan lgbt+ .

4
Why does the "Right to Privacy" not apply to reparative therapy?
12
Why did the UK Conservative government push through gay marriage?
9
What Japanese government members have visited Pearl Harbor?
6
How and why did the Netherlands stop Japanese citizens from working without a permit?
10
What can the UK government do to help resolve the persecution of the LGBT community in Chechnya?
54
What is the logic behind forbidding LGBT conversion therapies?
41
Does the Japanese government not have the authority to cancel the Olympics?