Why is it that democracy always fails in a fledgling(Negative: Third World Country) economy when dictatorship encourages development ?

Another example: India under the Ancient Rulers was more prosperous than /AFTER/ it got Independence(and became a democratic country).

I'll attempt to answer this.

You're dead right that when you get the right dictator in power, it can be very much a positive thing. In the Middle East often they're better off with dictators because otherwise you just get anarchy and lawlessness (Iraq being a perfect example). A dictator that knows what they're doing and genuinely wants the best for their people and goes straight can be awesome. The problem is this doesn't last long. Unfortunately, human nature is such that when people get power it corrupts them. Often they'll do whatever it takes to stay in power, even keeping their people starving (North Korea) to prevent outside influences from giving them ideas about freedom. Joseph Stalin is another good example- you start off idealistic, fighting for the lower classes, but become upper-classed and disconnected from those you are supposed to serve.

So yeah, a dictator can for a time be beneficial, it just doesn't last. Even if that leader has the best of intentions and somehow remains pure, what about after he/she is gone?

To answer your specific question, as mentioned, Iraq is a good example of why democracies can fail when dictatorships thrive. When there are many kinds of people in a country that have uneasy relationships, trying to be representative of all of them can be very difficult. A dictator, however, can just go "I want my group to be dominant". They oppress the other groups but it keeps the peace.

The problem here is that if people take an antagonistic attitude and all want their group to be dominant, accepting no compromise, only force will keep them in line. A willingness to work together (such as in Europe and the US) is required for democracy to work.

The idea that Dictatorship can deliver a prosperity that democracy can't is a chimera and has been refuted by history. Firstly,democracy is a political system,it is not an economic system per se. However,most democracies go hand in hand with an economic system (Capitalism) that is the economic corollary of democracy.One is the logical outgrowth of the other.

India was never more prosperous prior to its Independence than after. Secondly,after Independence,India backed the wrong horse and aligned itself with Socialism,which retarded its development and growth.Only after liberalising its foreign investment and trade rules did it achieve the sort of 9-10% growth currently enjoys.

One of the commentators says-"A dictator that knows what they're doing and genuinely wants the best for their people and goes straight can be awesome." Really ? Awesome for whom exactly? No doubt Stalin,Pol Pot and Mao all would have said that that sentence perfectly described their vision for their people. Ask all their victims-the one's that were executed en masse,starved,beaten,brainwashed,imprisoned,denied their rights,their freedom,their dignity, whether they thought their rule by a Dictator was "AWESOME".

The direct answer to this question would depend on a definition of what "works" is.

Indeed, unfree societies have more power to voluntarily direct their efforts toward solving a certain goal. We can't deny that slavery was able to build The Great Pyramids. More recent example, totalitarian Communist regime has managed to launch the first human to the space.

Most obviously, the goals are usually chosen so that it made an impression of social prosperity. However, the day-by-day life is often miserable.

Even more than that, unfree regimes are often combined with limited access to information from abroad, so its citizens sincerely think that they are living better than others. I was born in times when my country has been occupied by the Soviet Russia. My parents were really sure that their salary ($20 per month) was pretty fine. Here's one more example: 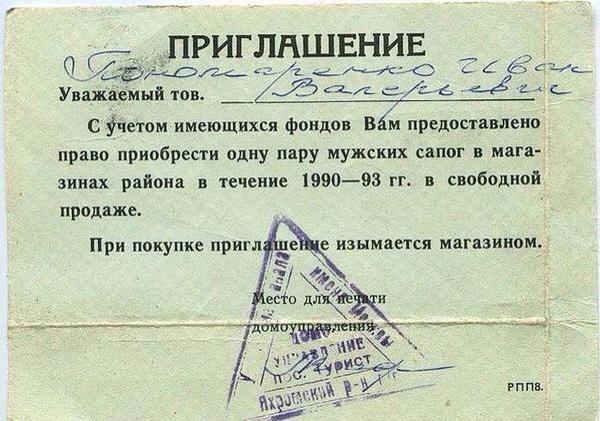 Invitation
Dear komrade [name],
Taking into account the available supplies, you hereby receive a right to purchase in local stores one pair of men's boots available for sale during 1990-1993.
Upon purchase, this invitation is revoked by the store.

So here's the answer: if we define "Dictatorship works" by only taking in account the "great accomplishments", that would be the case, by this definition. However, looking for a "big picture", most dictatorship regimes throw its people into starvation and mostly miserable existence.

It should be said that Democracy is not a magic solution for prosperity. The only meaning of Democracy is freedom. The free economy stands for ability for citizens to feed themselves up, without major external assistance.
Considering this, it becomes easy to answer what's best for India or another developing country. If the people are keen to work, produce some surplus, and manage of the results of their own work, they need Democracy.
OTOH, if the majority of them rather wish to have someone who's supposed to feed them up for free, they need a Dictatorship.