Why hasn't the UK government nationalised the rail service in England?

Four months after Wales nationalised their rail services, Scotland has announced that it will nationalise it's railways, obviously this has been an outcome of the slump in passenger numbers due to the ongoing COVID-19 pandemic.

Given that two major rail franchises in England, LNER and Northern, are already run by the government through its operator of last resort, and also that the Office of National Statistics has said a year ago that the rail service had been effectively nationalised due to treasury support, why doesn't the UK government simply nationalise the entire rail service, in effect doing in de jure, what it is doing in de facto?

There are a number of possible reasons. As with most motivation questions it is likely that they all apply to some degree. 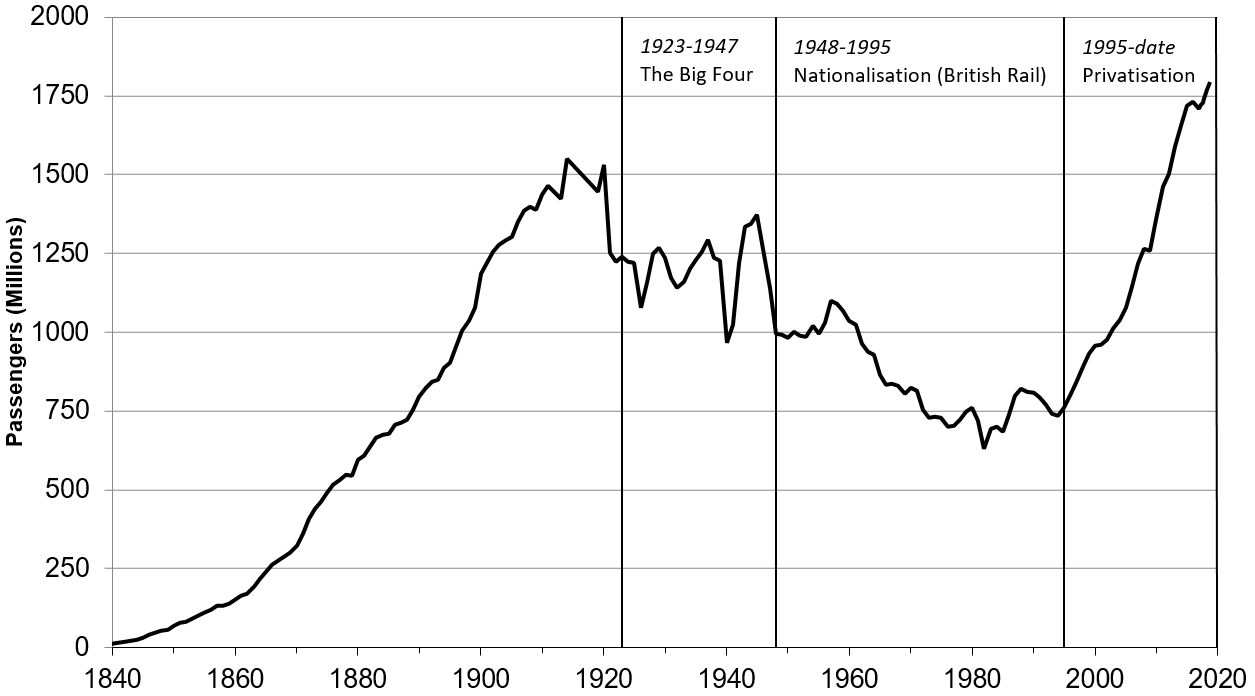 Taking into account the old say Privatize profits, socialize losses, I suspect that the current owners still were not able to fill the balance sheets with all the debts they want to get rid of.

Not the answer you're looking for? Browse other questions tagged united-kingdom socialism transportation nationalization .

15
Why hasn't North Korea adopted a market economy?
19
Why did local authorities in England and Wales stop building homes?
4
Why would a Government choose to nationalize private pensions funds?
54
Why is US rail passenger transportation less important than in other countries?
88
What is the capitalist answer to rail passenger transportation being non financially profitable?
0
Why hasn't Minister of the Civil Service been abandoned, when this is always just the PM?
3
What is the rationale behind waiting until after the first peak of COVID-19 infections to impose quarantine measures on incoming travellers?
0
Why did the Pakistan government put more importance on road communication rather than railways?