How did Croatia join the EU without settling the border dispute with Slovenia?

There is a curious dispute between Croatia and Slovenia in regards to their land and maritime border. It appears to be ongoing since the breakup of Yugoslavia.

Noticeably Slovenia tried blocking Croatia’s bid to join the EU up until 2013, when it appears they stopped trying?

From there on it appears that everyone was okay, even Slovenia, with Croatia joining and staying in the EU even though the issue was never resolved.

In short, other factors, more valuable than the border dispute, must have motivated, or pressured, Slovenia to give up vetoing Croatian membership.

What could have possibly been more important to the Slovenians or its leaders?

The rule regarding EU accession and unsettled border disputes is simply that the EU does not want to get dragged into ongoing border conflicts by new members. It is not an absolute, automatic bar to EU membership. There is also an "ongoing" border dispute between Germany and the Netherlands. But things are sufficiently amicable that both are EU members in good standing.

I've noticed a significant level of misunderstanding about this issue. At that particular point, resolving border disputes or bilateral issues shouldn't have been a precondition for EU membership. Otherwise, Cyprus would've never joined the club. Slovenia became an EU member state while having the same dispute with Croatia.

What changed in 2004 is that Slovenia's position became incomparably stronger (due to the accomplished EU membership) to the level of blackmailing and political extortion towards Croatia. What no one elaborates is that Slovenia's territorial aspirations were extremely irrational and completely out of proportion. For that reason, Slovenia had always avoided going to court.

What changed dramatically in 2005 is that Slovenia unilaterally annexed 234 sq km of the Croatian territorial sea in NW Istria (an increase of 130% compared to what they had presented in their documents when joining the EU) and additional 350 sq km of self-proclaimed so-called Exclusive Economic Zone, far away from Slovenia's coastal strip - categorically demanding Croatia's recognition of its territorial appropriations. This extortion attempt (which Slovenia had to legally nullify a decade later, in 2018) delayed the Croatian accession talks for about a year. 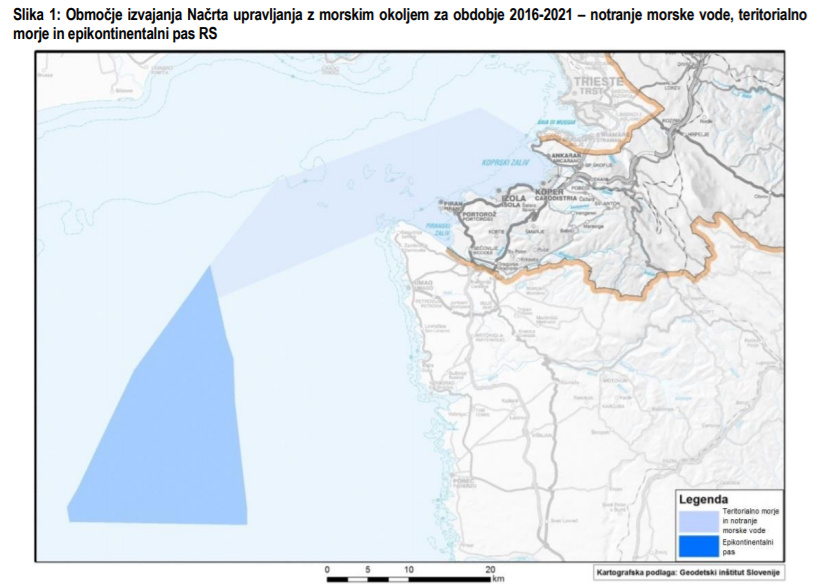 The Slovenes had to approve the solution of the territorial dispute by the ad hoc Arbitration in a national referendum in 2010. They did that narrowly by 51.5% which enabled Croatia to move on. But the Arbitration was entirely tailored in favour of Slovenia's aspirations. Later, they didn't play by the book and messed up seriously which allowed Croatia to reject the Arbitration altogether and join the EU practically "without" Slovenia's consent.

Ironically though, in the meantime, the so-called "High Seas" (the main Slovenian excuse for territorial demands) simply vanished in the Adriatic (due to EEZ jurisdiction extensions) making Slovenia's demands and wishes even more redundant and absurd.

Not the answer you're looking for? Browse other questions tagged european-union europe borders balkans .

5
How can the UK Labour Party get a majority without a plurality of the popular vote?
57
Why is it impossible to leave the Single Market without a hard Irish border?
8
How is the excise border managed in Ireland?
10
In the absence of a trade deal, and an amended withdrawal agreement, how will smuggling be prevented across the Irish border?
14
How did the view of Continental Europe on Brexit change between the 2016 Referendum and today?
2
Has Lithuania completed its border fence with Russia (Kaliningrad)? If so, what is the length of the fence?
4
How does Slovenia justify its 198-km border fence with Croatia, seemingly built after Croatia acceded to the EU?
13
When Sir Jeffrey Donaldson campaigned to leave the EU, how exactly did he think the matter of the border would be resolved?