What is the percent of Police Officers that are indicted by a Grand Jury?

In light of the Eric Gardner and Micheal Brown Grand Jury outcomes. I wanted to know what % of Police Officers are actually indicted by a Grand Jury.

I found some interesting charts that may give additional context: 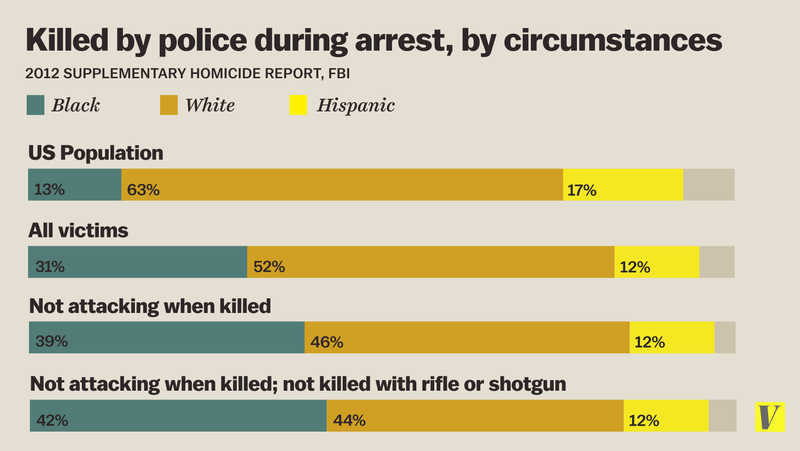 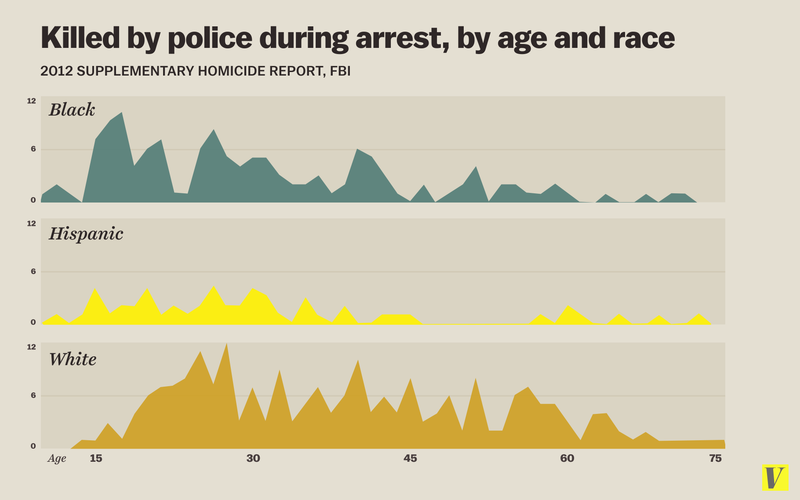 As there are few government data on the subject of police complaints, it is hard to come by a definite answer. However, FiveThiryEight.com examined several studies which found that around 40% of complaints against police officers resulted in legal action, and of those complaints that did result in legal action, 33% resulted in a conviction and 12% in an incarceration.

This is lower than the conviction rate for the normal population, in which 68% of felony defendants who aren't police officers are convicted, and 48% are incarcerated. 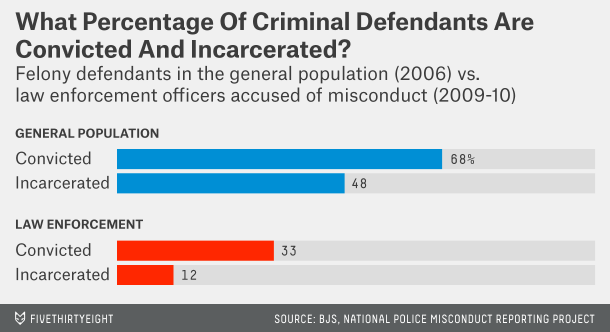 The hard data does not exist to answer the question, but analysis of what data is available points towards it being quite the anomaly for a police officer to be indicted.

Not the answer you're looking for? Browse other questions tagged united-states judiciary .

50
Why does the Black Lives Matter movement organize protests while the incident they're protesting is still under investigation?
1
Did Juanita Broaddrick testify under oath against Bill Clinton?
4
What justice and legislative system reforms have been proposed that account for the absence of free will?
11
What limits exist to stop a grand jury being used to persecute a political opponent?
81
Why is there a broad pattern of excessive force by police towards protestors in spite of international focus on this use of force?
18
Why do police unions support police officers that have committed gross misconduct, given that they tarnish the reputation of all officers?
13
What are the arguments against abolishing the Confederate flag?
10
Do other countries provide police the same degree of immunity that USA police officers have?
36
What is Critical Race Theory (in the context of the recent flood of news articles that mention it)