A lot has been made of the former president Donald Trump's narrow upset wins in three Rust Belt states which won him the presidency. This was part of a long term trend that continued into 2020, as I describe below. 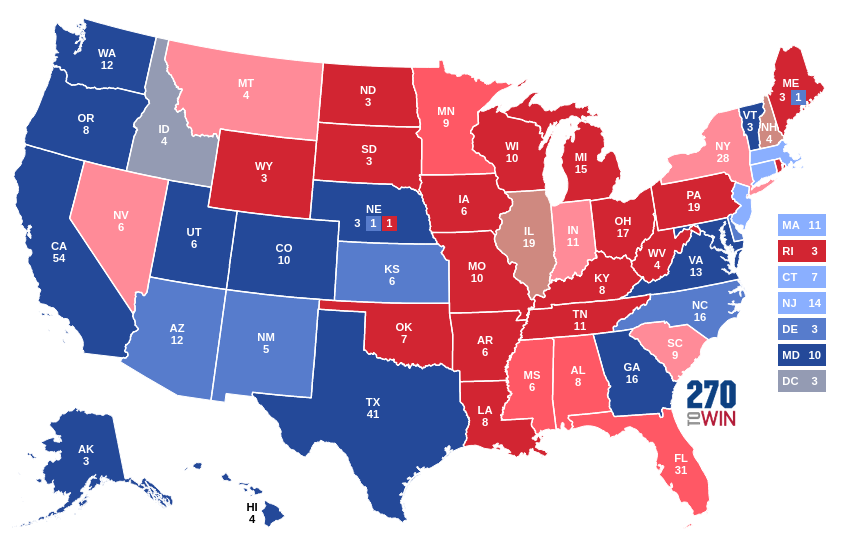 You can see all but one Southwestern state move towards Democrats relative to the nation. (Nevada narrowly did not.) You can also see parts of the Southeast and Northeast trending blue too. (I don't think including DC is fair because of how heavily Democratic it is, but it still barely trended blue!)

What is causing this long term trend that has been present since at least 2016? (I know there are other areas trending this way, I just couldn't fit them in the question.)

One contributing pattern that was particularly emphasized in the industrial centers around the great lakes, was reduced Dem turnout due to a series of disappointments in economic policy. Author Thomas Frank in particular has focused heavily on this dynamic.

In the case of NAFTA in particular, opposition to it comes from many angles. For some voters it is rooted in xenophobia or nationalism. But for a large number, it is more simply a "kitchen table" issue, because it affects employment and pay. Into the latter category fits the the segment Frank focuses on: middle-class, non-college educated, formerly unionized (i.e. strongly Democrat leaning, historically).