Why is Switzerland holding such a large foreign exchange reserve?

According to Wikipedia's List of countries by foreign-exchange reserves: 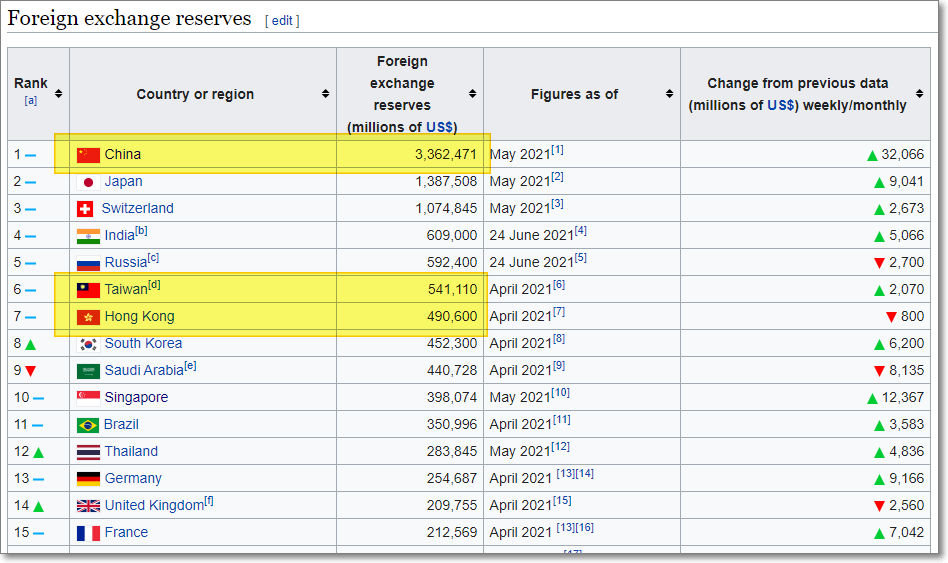 This is a bit of speculation but it might answer the reason.

I remember seeing after the 2008 financial crash that the Swiss Franc was causing problems for Switzerland because it was getting too strong, being sought as a currency to take refuge in. Keep in mind that the US dollar, despite the US's role in starting the 2008 crash also appreciated quite a bit, because it became a safe currency.

Switzerland seems to have taken steps to push down its currency, in order to keep its exports from becoming uncompetitive.

One standard way to make a currency stronger is for the central bank to buy it (that's often called defending a currency). Conversely, the way to drive it down would be to sell that currency.

To sell a currency, you need to accept another currency as payment.

So my guess is that in selling all those Swiss Francs Switzerland ended up with lots of foreign currency and have not had a good way to get rid of it.

The announcement checked the recent surge in the currency against the dollar and the euro. But analysts said it would be hard for the Swiss authorities to restrain the currency unless global markets stabilized.

Investors have been eager to hold the franc, pushing it to new highs, even though they receive negative real interest rates for doing so. That reflects their confidence in Switzerland as a stable economy and a lack of faith in other currencies.

Not the answer you're looking for? Browse other questions tagged economy international currency switzerland .

11
Has any government made the unwinding of their US bonds and currency reserves a core public policy plank or a legal requirement?
3
Why is the USA dollar the world reserve currency and what are the main consequences?
8
Why do unstable countries prefer a black market for currency to exist, rather than accepting the real exchange rate?
4
What does a change of "currency of choice in financial and foreign exchange reports" mean?
10
Why don't all countries with large denominations of currency go through redenomination?
4
What effect will Euro purchases of Iranian crude by Europe have on US foreign policy?
1
Why do countries antagonistic to the USA keep US$ as their reserve currency?
4
Why was Switzerland one of the last countries to give women the vote?