Who is the Condorcet winner of NYC's 2021 mayoral Democratic primary?

The 2021 mayoral primary in New York City was done using Instant Runoff Voting ("Ranked Choice Voting"). This system does not necessarily elect the Condorcet winner, if one exists. (The candidate who would beat every other candidate in a head-to-head election.)

(For example, in the 2009 Burlington mayoral election, 54% of voters preferred Montroll over Kiss, but Kiss was selected as the winner by IRV.)

Is there a Condorcet winner, and is it the same as the IRV winner (Eric Adams)? Is it even possible to determine this from the ballot data that was collected/released by the city?

The New York City Board of Elections released the cast vote record (CVR) on August 18th. There's no metadata or readme accompanying it, but Alec Barrett has published an 'unofficial' readme on GitHub.

From this, we can see that Eric L. Adams is the Condorcet winner, as he beats every candidate in a head-to-head matchup. The closest matchup is against Kathryn A. Garcia, with 405,363 ballots favouring Adams compared to 398,167 favouring Garcia. 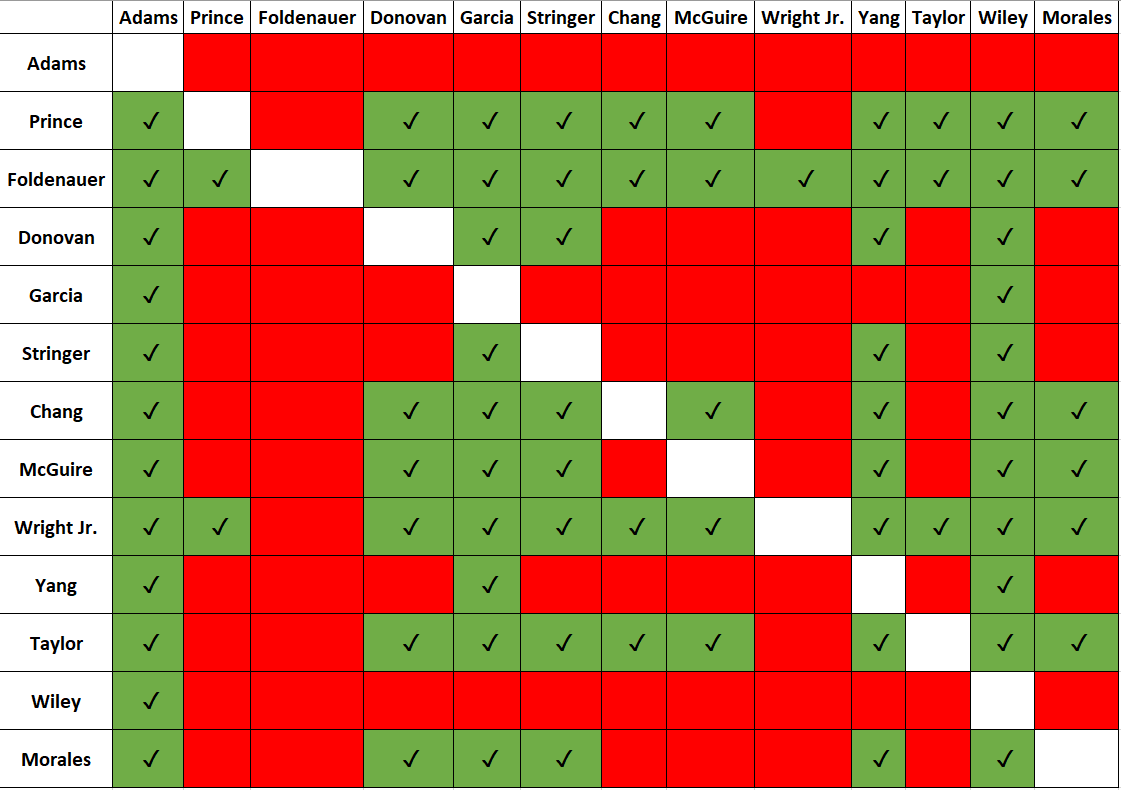 26
Why isn't a Condorcet method used?
4
Effect of Fair Representation Act
3
Condorcet winner possible without ballots available?
3
Can electors in US make complex "vows"?
6
What are the actual mechanics of counting rank-choice (instant-runoff) votes?
8
Why is winning the NYC Democratic mayoral primary currently widely seen as tantamount to election?
15
How will New York City physically implement the ranked choice voting algorithm with thousands of unique mayoral votings possible?
1
"Shut out" districts in 2021's NYC Republican mayoral primary -- how did they vote in the Democratic primary and 2020 presidential race combined?
3
Is there a version of IRV where eliminated candidates may come back if they gain enough votes?