What explains this swing of areas near Canada and in Appalachia in the 2016 US presidential election?

I've seen pictures of the 2016 presidential election. They seem to show this line that goes across basically the entire US Canada border, but is more pronounced starting in North Dakota. It makes a curve south down into Tennessee and a little bit into northern Alabama. Then it curves up into Pennsylvania Upstate New York and the parts of New England near Canada. Example: 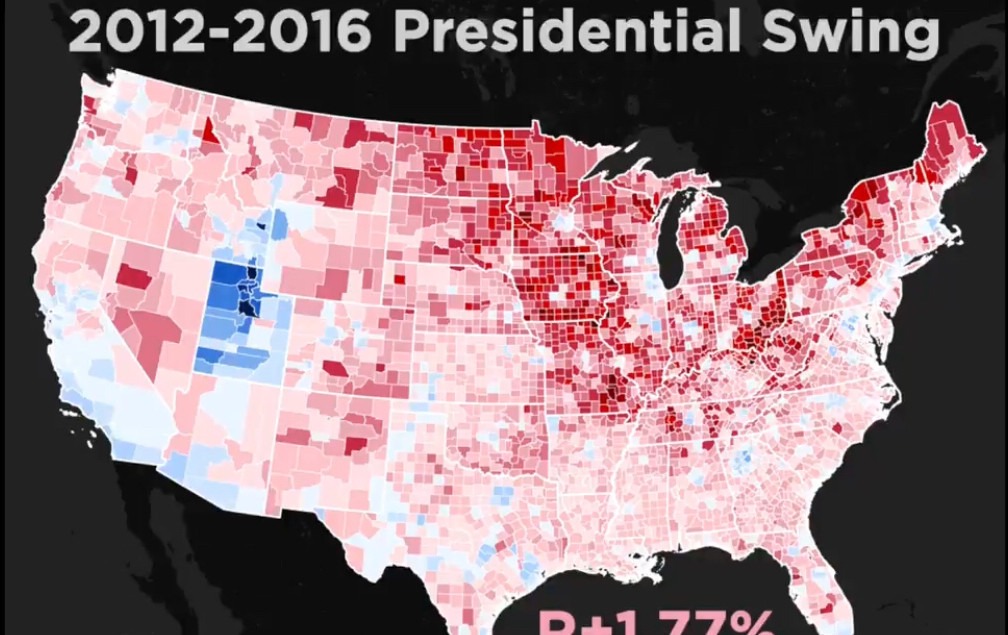 Trump won the Electoral College largely because of the fact that this swing went through states such as Michigan Wisconsin Pennsylvania Iowa and Ohio as well as a few states that were not competitive at the time. However Clinton won the popular vote partly through swings in urban areas. We saw similar images of this in the 2008-2012 shift to a lesser degree.

What explains this belt of counties shifting towards the Republicans?

There is no one magic thing that caused 2016 to swing the way it did. There are a lot of smaller effects that added up to a Trump win.

47
Why aren't Republicans more focused on mobilizing a movement towards 'dethroning' Trump?
6
Which party actually caused the 2016 presidential election swing?