What is the purpose of the House investigation of what happened at the U.S. Capitol Building on January 6th 2021?

What is the overall purpose of the House investigation of the events that occurred at the U.S. Capitol Building on January 6, 2021?

Is this investigation being conducted to decide whether new Articles of Impeachment should be drawn up against former President Donald Trump?

The purposes of the Select Committee to Investigate the January 6th Attack on the United States Capitol - according to H.Res.503 which established the committee are as follows:

Consistent with the functions described in section 4, the purposes of the Select Committee are the following:

(1) To investigate and report upon the facts, circumstances, and causes relating to the January 6, 2021, domestic terrorist attack upon the United States Capitol Complex (hereafter referred to as the “domestic terrorist attack on the Capitol”) and relating to the interference with the peaceful transfer of power, including facts and causes relating to the preparedness and response of the United States Capitol Police and other Federal, State, and local law enforcement agencies in the National Capital Region and other instrumentalities of government, as well as the influencing factors that fomented such an attack on American representative democracy while engaged in a constitutional process.

Section 4 of the resolution describes the functions of the committee, and includes a requirement to "issue a final report to the House containing such findings, conclusions, and recommendations for corrective measures described in subsection (c) as it may deem necessary."

The corrective measures described in this subsection may include changes in law, policy, procedures, rules, or regulations that could be taken—

It's certainly possible that the House of Representatives could choose to introduce articles of impeachment against former President Trump (see Can a President be impeached after leaving office?) - and even on the same charges as the previous articles of impeachment - double jeopardy doesn't apply to impeachment - but the stated purpose of the committee seems to be more focused on recommending changes to prevent future attacks, rather than gathering evidence to further any possible impeachment proceedings.

There is no longer any point in impeaching the former President. It is being convened to answer the kinds of questions the 9/11 commission did: the who, what, when, where, and why of the incident.

Questions I'd expect to be answered:

Is the purpose of the investigation of the events of January 6th to decide whether Congress should impeach former President Donald Trump?

H.Res.503 - Establishing the Select Committee to Investigate the January 6th Attack on the United States Capitol.

Consistent with the functions described in section 4, the purposes of the Select Committee are the following:

(1) To investigate and report upon the facts, circumstances, and causes relating to the January 6, 2021, domestic terrorist attack upon the United States Capitol Complex (hereafter referred to as the “domestic terrorist attack on the Capitol”) and relating to the interference with the peaceful transfer of power, including facts and causes relating to the preparedness and response of the United States Capitol Police and other Federal, State, and local law enforcement agencies in the National Capital Region and other instrumentalities of government, as well as the influencing factors that fomented such an attack on American representative democracy while engaged in a constitutional process.

As others have pointed out, the purpose of the investigation is to find details on the circumstances and causes of the attack from a bipartisan point of view. Critics of this move often point out the fact BLM riots, which also caused property damage and deaths, were not investigated and thus, they conclude this investigation is purely political theatre.

However, I would like to argue that on the contrary, the capital insurrection was a far more serious offence compared to the BLM riots. First and foremost, no amount of property damage is worth a life, not to mention that such damages do not typically warrant a such a large scale investigation.

Secondly, some like to mention the BLM riots lead to dozens of deaths while the capitol riot lead to a single death. I would like to point out that while it's unfortunate the protests lead to so many deaths, the death of the capitol police is much more significant: the capitol police are directly responsible for protecting the most sacred location where the process of democracy occurs. This location is where leaders representing the millions of U.S citizens meet to make policies for the people. And thus, the death of the capitol police marks the departure from democracy into a state of anarchism, which clearly outweighs any damage done by BLM.

Finally, the insurrection was possibly supported by members of the GOP, including President Trump, this by itself warrants an investigation for treason. Once again, critics like to point out many members of the Democrats (including past President Obama) were supporting the BLM riots. I'd like to rebuttal that in 2020, the GOP were in control of the country, and therefore they held the most power to influence the people. In comparison, any message sent by the Democrats did not hold nearly as much influence, not to mention from the points above, the BLM riots did not hold a candle to the capitol insurrection.

TLDR: The investigation is not purely political theatre just because the Democrats did not want to waste time investigating the BLM riots.

There is a partisan political purpose involved here too. In US mid-term elections, the president's party almost always loses seats in Congress. When Democrats hold the presidency, the trend is particularly pronounced. Thus, the Democrat's hold on Congress is at risk in the next election. To counter this, some democratic leaders seek to use the media to discredit their political opposition. 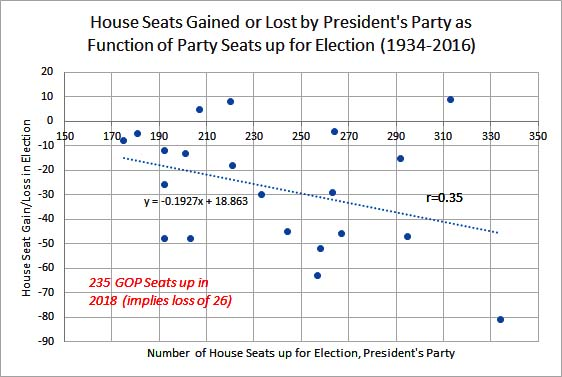 House Resolution 503 was Nancy Pelosi's attempt to launch yet another political media event supporting her domestic conspiracy theory that the attack was a preplanned and coordinated assault on democracy. It is a continuation of Pelosi's efforts to paint Republicans and other Trump supporters as severe threats to constitutional government. Her resolution presupposes in its stated purpose the conclusion Pelosi wants, declaring that it was a domestic terrorist attack on the Capitol.

In announcing the resolution, Nancy Pelosi declared she already knew the "root causes" of the January 6 Capitol riot: “the white supremacy, the anti-Semitism, the Islamophobia, all the rest of it that was so evident when you see a sweatshirt on one of the people saying, ‘Camp Auschwitz.’” Based on a sweatshirt slogan, she repeated the common and yet completely unsubstantiated claim that the Capitol incident constituted an “insurrection.”

In a rare move, Pelosi personally sponsored the resolution almost six months after the events, and only days after the Senate's bipartisan 128-page report. The Senate report found failures in security, planning, and the response of the entities directly responsible for Capitol security. Moreover, though the Senate report repeatedly refers to organizations with counter-terrorist responsibilities, nowhere does it label the Capitol riot a terrorist attack, which hinders Pelosi's terrorist narrative.

After seven months of intense investigation, the FBI has found scant evidence that the Jan. 6 attack on the US Capitol resulted from an organized plot to overturn the presidential election result. (Source: Reuters.) Moreover, while Pelosi prefers highly loaded words like "insurrection," prosecutors see it differently: no seditious conspiracy charges have come out of the US Capitol riots.

While at least one member of the Oath Keepers has pleaded guilty to conspiracy to obstruct an official proceeding. That charge, under 18 USC §1512(c)(2), does not rise to the level of seditious conspiracy (18 USC §2384.) Some other charges against Oath Keepers near on absurd, that they "loaded into golf carts and began speeding toward the Capitol building." With top speeds of 10-25 MPH, golf carts hardly seem a rational choice for a paramilitary group, let alone for further inquiry by the house of representatives.

Nancy Pelosi's resolution goes beyond political oversight and seeks to change the rules that apply to how her personally appointed committee deals with intelligence sources and methods:

(a) Access To Information From Intelligence Community.—Notwithstanding clause 3(m) of rule X of the Rules of the House of Representatives, the Select Committee is authorized to study the sources and methods of entities described in clause 11(b)(1)(A) of rule X insofar as such study is related to the matters described in sections 3 and 4.

The abovementioned rules give the Intelligence committee exclusive oversight of intelligence sources and methods. The rules also require a degree of partisan balance on that committee: no more than 13/22 of the members may be from the same party. Access to raw intelligence products is generally denied to politicians for a good reason. And in HR 503, the attempt is not to provide congressional oversight of the intelligence community but to bypass the normal functioning of intelligence agencies to serve a partisan political goal: showing there was an insurrection and smearing the minority party before the next election.

Rep. John Katko (R-NY), who voted to impeach and worked with a Democratic House Homeland Security Committee colleague on a bipartisan bill, said:

I led the charge to create a January 6th commission that would be external, independent, bipartisan, and equitable in membership and subpoena power. The select committee proposed by Speaker Pelosi is literally the exact opposite of that. The select committee would have a skewed, 8 Democrat and 5 Republican panel of members, all 13 of whom would ultimately be picked by the Speaker herself. It would be a turbo-charged partisan exercise, not an honest fact-finding body that the American people and Capitol Police deserve. For those reasons, I will not support its creation when voted upon. Recognizing the deeply disappointing departure this represents from a truly bipartisan solution; I have a hard time envisioning a scenario where I would participate if asked.

Not the answer you're looking for? Browse other questions tagged united-states president impeachment house-of-representatives capitol-riot-investigation .

23
Can a President be impeached after leaving office?

29
What can be done about a US president who refuses to co-operate with an impeachment panel?
18
Did past presidential impeachment inquiries have basic defendant's rights?
6
Could a delayed impeachment trial cause Trump to be removed from office in his second term?
14
Why can't the public vote to impeach a president?
1
Can the impeachment II happen before January 20?
21
Can the US House/Congress impeach/convict a private citizen that hasn't held office?
1
Impeachment articles do not expire, but must a Senate trial restart from the beginning if the trial extends beyond the current Senate?
35
Why was Liz Cheney removed from House Republican leadership?
0
Is it justified for one party to dominate in a panel that is commissioned to investigate a national matter?