What are the constitutional options for the presidency of Venezuela?

In Venezuela exist a big uncertainty about what will happen with the health of the president Hugo Chávez, the problem is that the old-term presidency finishes at 10-January and it's possible that the elected president Hugo Chavez wouldn't be able to return to Venezuela, and the Venezuelan Constitution establish the National Assambly as the site to renewal the power, but its very vague about the case where the elected and current president are the same person. So my question is Which are the Constitutional possible scenarios that may occur about this subject?

Opposition coalition leader Ramon Guillermo Aveledo said at a news conference on Thursday that the information provided by government officials "continues to be insufficient".

Chavez has not been seen or heard from since the December 11 operation, and Vice President Nicolas Maduro on Tuesday said the president's condition remained "delicate" due to complications from a respiratory infection.

The Bolivian president, Evo Morales, says his Venezuelan counterpart, Hugo Chávez, is in a very worrying condition. His statement comes amid demands from the Venezuelan opposition that the government in Caracas tell the truth about the president's health. Chávez is suffering from complications after a fourth round of surgery for cancer in Cuba.

In a television interview from Havana, Mr Maduro said Mr Chavez was “conscious” of his condition after his fourth operation in his battle with cancer, and said he had shown occasional signs of improvement.

His comments were made as Spanish newspaper ABC reported claims by unnamed hospital sources in Cuba that Chavez was in an induced coma and relying on a life-support machine.

Chavez's death changed forever the Venezuela's point of view and the Bolivarian Revolution, which Chavez in person leaded; Nicolas Maduro was appointed as temporary President of Venezuela until the elections of april 14th, 2013.

The first problem came with the Maduro's nomination to be the temporal president. According to some interpretations of Article 233 of the Venezuela's constitution that says:

I pointed these two parts because part one was what most international medias took and appointed suggesting that Diosdado Cabello, the Chief of the General Assembly was the right successor of the president Hugo Chavez but the Supreme Court failed in favor of Maduro because according to his interpretation, Hugo Chavez assumed the Presidency, therefore, the Executive Vice-President (Nicolas Maduro) is the nominated to take in charge of the Presidency.

After that, Maduro participated in elections against Henrique Capriles, Governor of Miranda; when Maduro won the election with a very close margin (50,6% against 49,1%), Capriles denounced a sabotage of the elections and called for an audit for 50% of the votes. When the audit was over and the National Electoral Council determined that everything was in order, Capriles wasn't satisfied and still denouncing "electoral fraud" but this time claiming that the signature of all the records and fingerprints. Maduro sworn and took office in August, 2013. 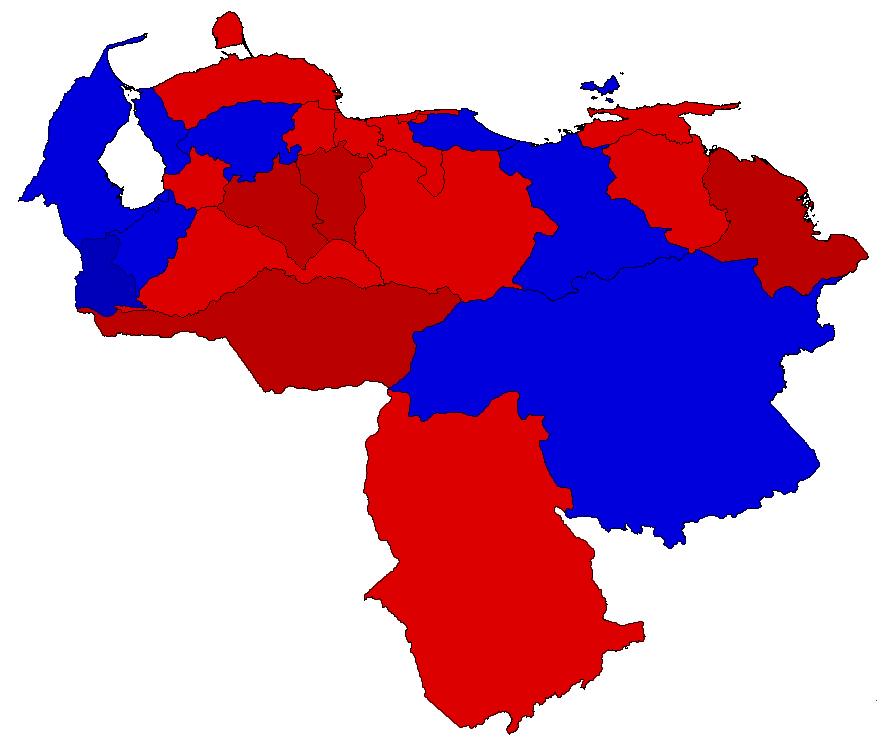 After the possesion, Maduro inherited a full country with so much social assistance and a big economic inflation, the biggest one in South America. In many states, the discontent was very big but Maduro wasn't powerful enough to shut down these protests. At the moment of write this, the marchs and general discontent still being very big.

In the international relations' field, the Bolivarian Revolution that Chavez lead once, now Maduro can't maintain because the oil's price, principal support of their political propaganda, was going down and himself don't have the personality to take the wheel. His commons accusations to the United States' imperialism still have some reception in several political parties in America but with time this is dissapearing and after the Castro's annoucements of re-open the political relations with the White House, one of the top accusations, Maduro is now considering to calm down more and more the "anti-imperialist" speech.

Not the answer you're looking for? Browse other questions tagged venezuela presidential-term .

4
Was Hugo Chavez's regime an actual "Bolivarian" revolution?
8
Venezuela: why rewrite the Constitution?
3
What are the arguments to say that there is a non-democratic government in Venezuela?
4
Why do Russia, China and Cuba support the Maduro government in Venezuela?
12
Did the US encourage the 2002 military coup against Chavez?
50
How is Juan Guaido able to claim the Presidency of Venezuela without an election?
3
Why did the US dispossess an Iranian ship carrying natural gas to Venezuela?
4
Who decides Venezuela annual budget nowadays when the presidency is being disputed since January 2019?