Why does the U.S. Census deliberately transfer population to neighboring census blocks?

I have noticed, at least two census blocks that the Census is clearly over reporting population. Both are visible using District Builder in this map of Burlington Vermont.

One census block is Block #16005, which is part of the University of Vermont "Green". Absolutely no buildings, residential or otherwise, and the Census reports 20 people. 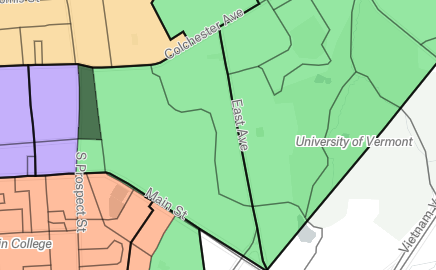 The other is Block #4460, which is the Ethan Allen Homestead with one caretaker (and perhaps a spouse or partner) living on the property. Yet the Census reports it as 12 persons. I know, for certain, that it's false. 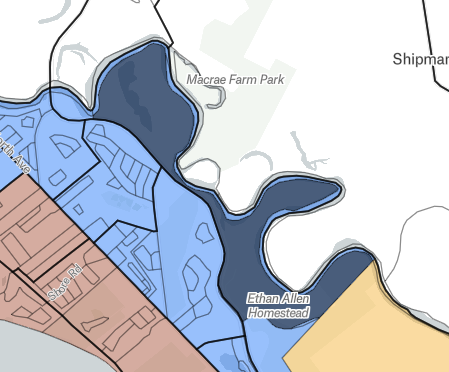 I presume they are transferring counts from neighboring blocks so that overall counts for cities, counties, and states, are still correct. I imagine they are trying to protect some private information by skewing these numbers. But is that the reason they are doing it? I really don't fully understand why they are doing this.

Has anyone else noticed something like this in their area? Does anyone know the skinny on it?

There are other really silly blocks that they have carved out, but that question can wait for later.

The Census Bureau practices disclosure avoidance to, as you suspect, protect the privacy of individual respondents. The Census Bureau wants to ensure that a consumer of the data it produces cannot de-anonymize the data they publish. They use a variety of techniques to accomplish that including both data swapping and noise injection either of which could presumably account for the issues you are seeing.

The linked page on disclosure avoidance contains a number of papers and other resources that go into much more detail about the different techniques that are used if you want to get into more detail.

13
Why does the U.S grant visas via lottery?
16
Why do all states have equal representation in the U.S. Senate, regardless of population?
60
Does the Electoral College system really favor low population areas?
42
Why does the U.S military use mercenaries?
29
Why does Trump want a citizenship question on the census?
9
What has been the historical trend of U.S. congresspeople voting as blocks?
5
What do small cities with a large portion of university and college students do with redistricting?
23
Why doesn't the US Census consider Hispanic a race?