What are "original struggles" according to the Belgian Ecolo party?

The name of the Belgian green party "Ecolo" stands for "Confederate Ecologists for the Organisation of Original Struggles" (Écologistes Confédérés pour l'organisation de luttes originales). What are the original struggles and how should they be organized?

It is surprisingly hard to find what they mean. With some searching, I found an interview from 2015 with both co-presidents at that time about the name of the political party. In it is stated that the accronym ECOLO was important and the long name was a quick invention to fit. A so-called backronym.

Both co-presidents state the they still consider the long name to be fitting, but don't go into a lot of details about its meaning.

The most revealing part is

Which I translate as

And then, I stay myself very attached to the idea of luttes originales. Because we are not only present on the political terrain, in the parliaments, but also in citizens activities.

My interpretation is that we are meant to read it as a reference to grassroots movements. But it is not exactly a standard way of refering to that kind of initiatives.

I think it may very well have been a bit of specialized, low-usage, union jargon/terminology, before being taken over by the Green party's notoriety (it was founded in 1980). No, "lutte originale" are not necessarily two words you would expect to see naturally clustered together in French.

First, Ecolo is a long-standing colloquial term in French for people with ecological concerns. You can think of at as a, matter-of-fact, neutral "treehugger", minus most of the whimsy/snarkiness/self-deprecation. So it is a natural name for a Green party.

I started out from the hypothesis that lutte originale, i.e. origin struggle wasn't a totally meaningless filler to get the backcronym for "Ecolo".

What I have noticed over time when looking at Green parties is how much their platforms typically voice an intent to push back against capitalism.

So I wondered if there wasn't a bit of that angle going on and Googled the term with some additional fillers and qualifiers and I would hypothesize that lutte originale is a term/jargon associated with unions and/or struggle against capitalism. Specifically, I filtered out what would indicate direct relations to Ecolo itself.

If you sub syndicat (union) instead of capitalisme, you get some more similar links.

I don't really care to dive deeply into the semantics or etymology of luttes originales, nor do I care to hypothesize overmuch that it was the reason for this choice, but here are some results of that search (with duplicate results turned on). Note that both searches returned few results, so it may just be noise.

(FWIW, I am French-born) 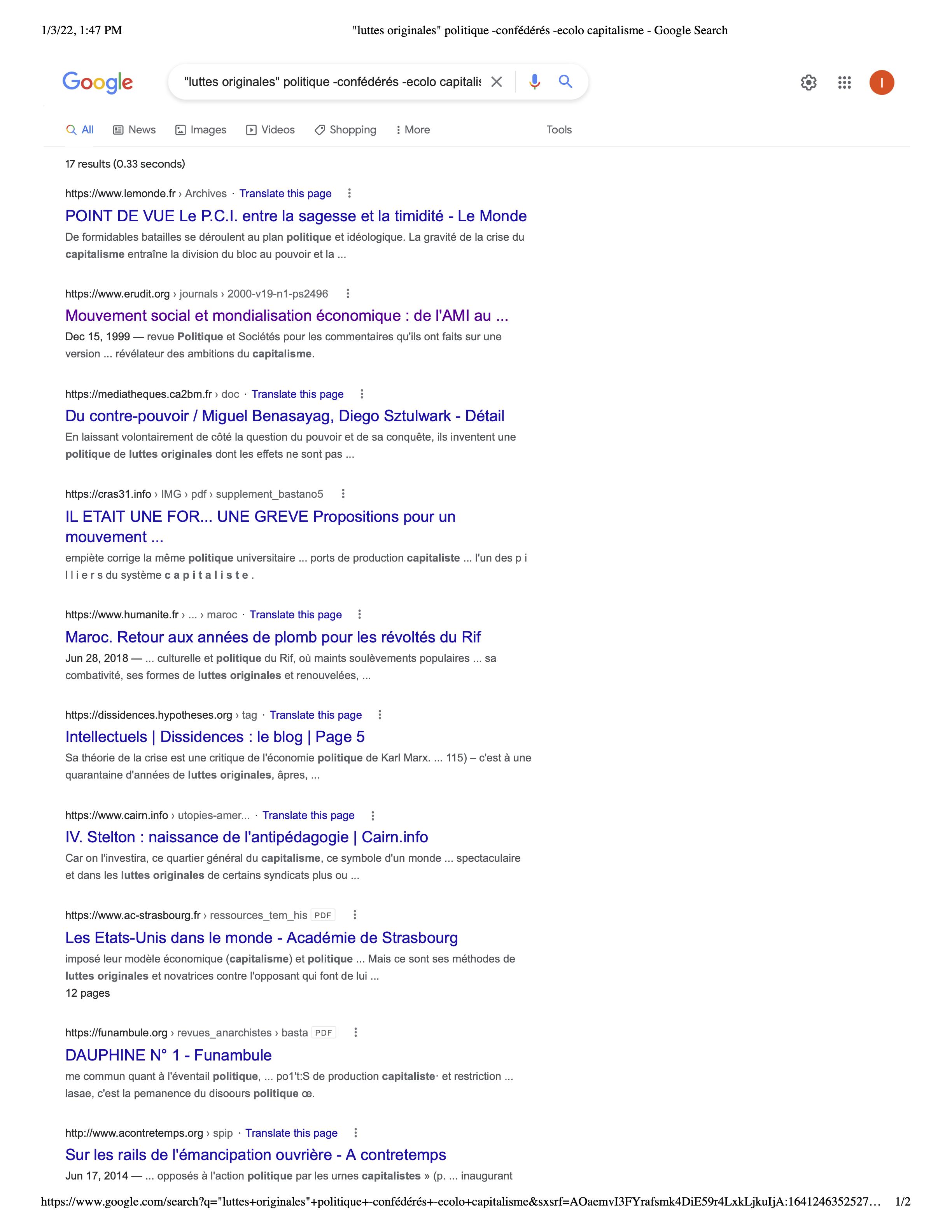 Google's ngram viewer indicates that it was an episodically recurring term for some reason, but that doesn't tell me what the usage was about.

Not the answer you're looking for? Browse other questions tagged ideology europe green-party belgium .

10
Would the Flemish Belgians prefer to unite with the Netherlands?
8
What has caused the demise of the Austrian Green Party?
7
Did a Green party ever come first in national elections?
6
Are there currently sensible differences between european socialist and green parties?
6
What supposed dynamics within the US Green Party prevent its growth?
4
Brighton Pavilion and the Green Party
6
What are some of the biggest differences between Germany's SPD and The Greens?
3
How do parliments in countries with Hemicycle shapes decide who is more left/right wing?