Does North Korea get permission to test-fly weapons over China and Russia?

As pointed out in comments this is a CNN graphic and so I can't assert it as fact, and ground and satellite-based tracking data is not likely to be public information, but it had to come from somewhere with some basis.

From the video (my transcription):

The map shown in the CNN report shows several flights over both China and Russia, and over China alone.

Question: Does North Korea get permission to test-fly experimental weapons over China and Russia? 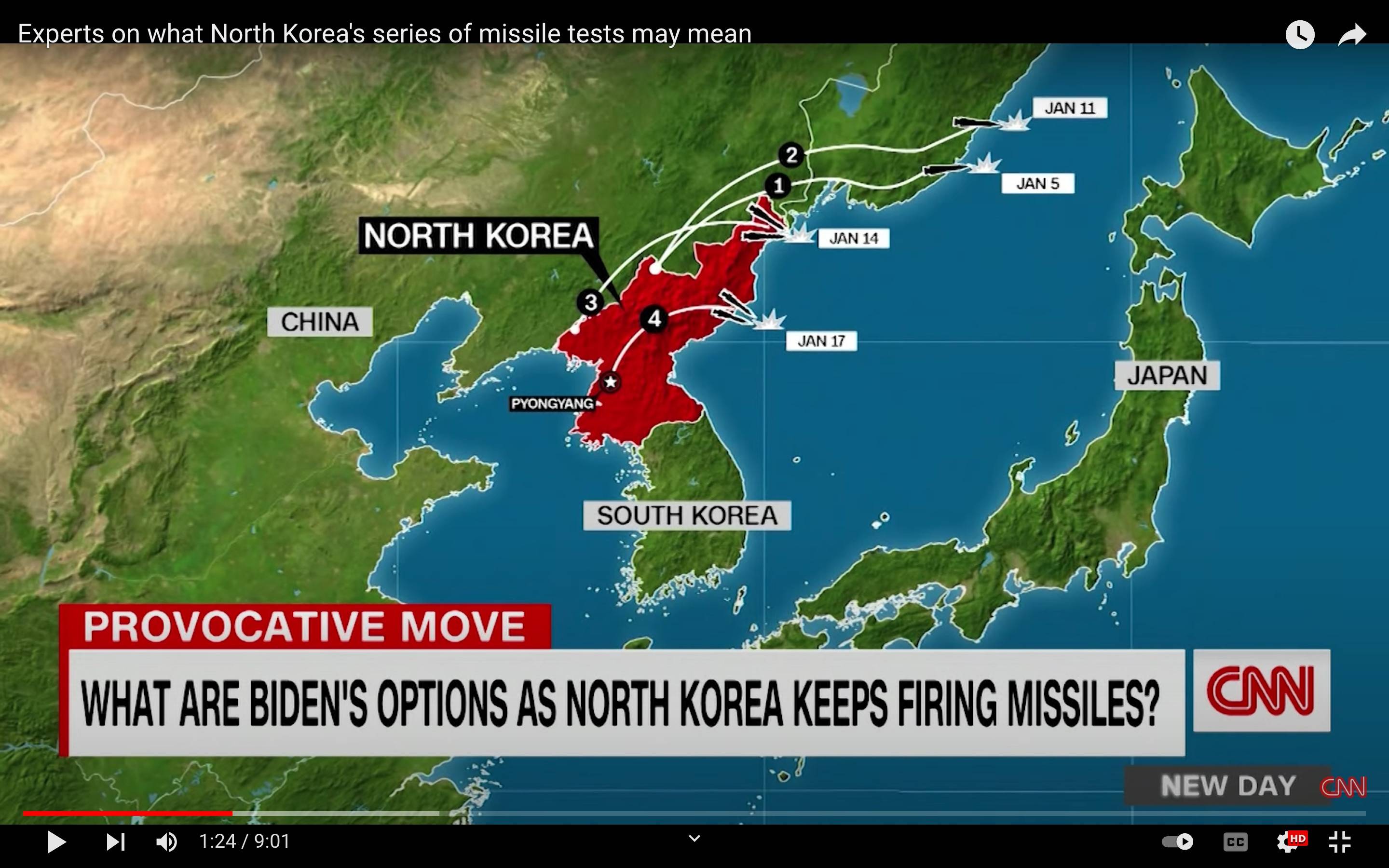 Doubt it. CNN's map is most likely projecting a ballistic arc to give the reader a sense of the altitude.

Russia and China are at least theoretically on board with suppressing North Korea's missile tests so it would be highly embarrassing if NK flew over their territory: either they didn't know about it and were disrespected. Or else they knew and acquiesced in it.

Seems highly probable they'd tell the North Koreans to correct to stay just within their own borders.

This kind of stuff, flying gear over someone's territory, is usually not taken lightly at all.

Are these border crossings totally true from a top down 2D view point? Or are they an artefact of trying to mix in altitude/ballistic arc info on a 2D projection? For example, do you think the Pyongyang #4 test first headed out on about a 30° NNE heading before forking to 95° E on Jan 17? Or did it follow a straight line on about 60 ENE heading, with the addition of an arc to signify altitude?

BTW, if they indeed tested a hypersonic missile, as opposed to a straight out ballistic missile, then it is possible that it would show significant heading correction and that would show as a true wandering path. That seems to have the case in at least 1 test.

Says NK (about one of tests):

"The hypersonic glide flight combat unit separated from the launched missile, made an upward glide from 600 km (372 miles) and performed a strong turning maneuver of 240 km (149 miles) from the initial launch azimuth to the target azimuth, and hit the set target in the 1,000 km (621 miles) water area," the state-run Korean Central News Agency said Wednesday morning.

"Through this final test launch, the excellent maneuverability of the hypersonic glide combat unit was more clearly confirmed," KCNA said.

For example, this is the Jan 10th test info released by Japan.

Looks very different, as it is just a heading vector. 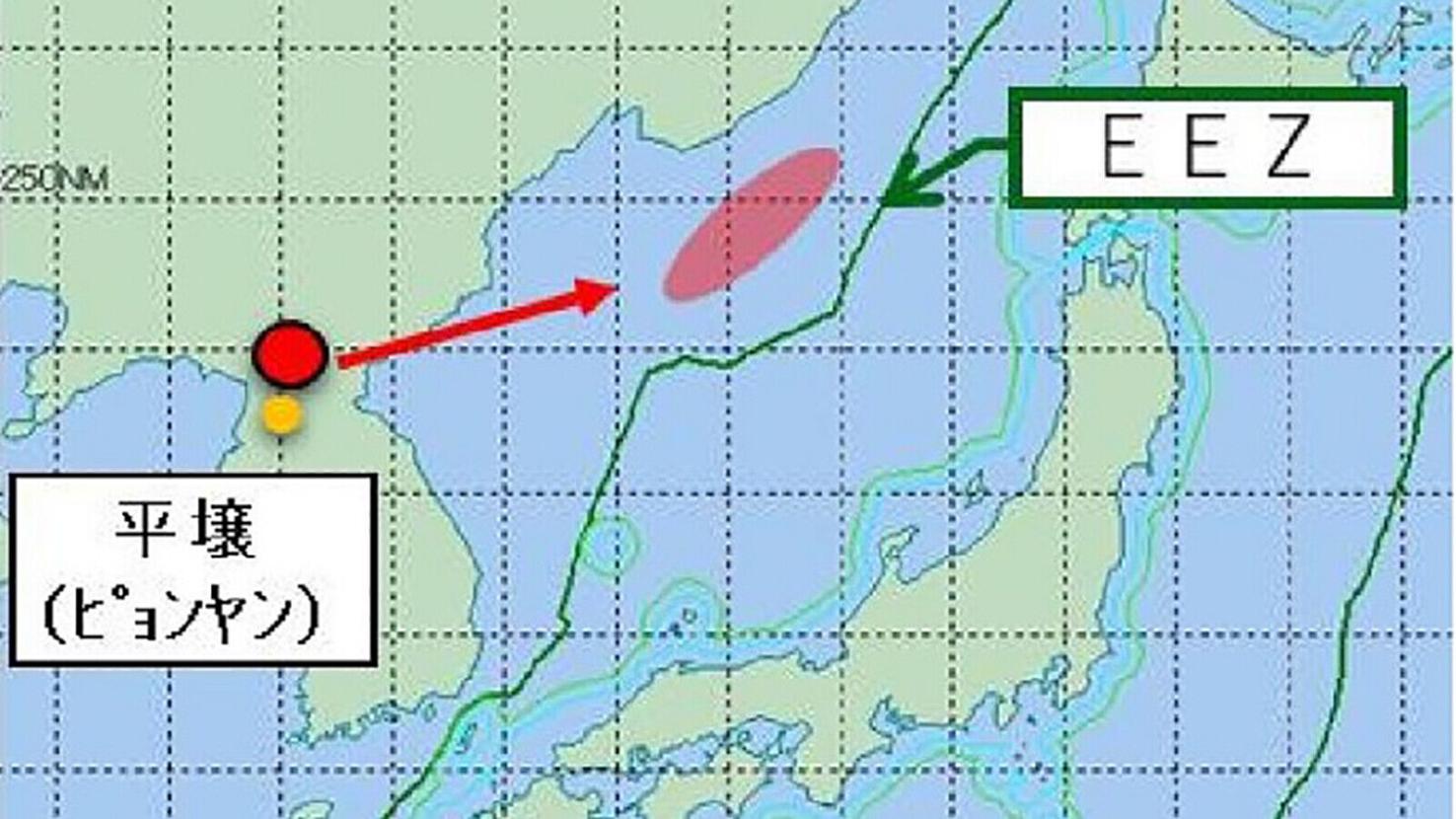 p.s. Here's a site which claims to make all sorts of distinctions about the flight pathAnalysis of the 11 January 2022 Hypersonic Missile Test of the DPRK. There again, there doesn't seem to be an actual crossing into Russian/Chinese territory.

And they had this to say:

In ballistic missile tests, the DPRK often uses highly lofted trajectories, which enable ballistic missiles to reach the desired speed while preventing them from overflying other countries. The turning maneuver seems to have served similar purposes in the testing of HGVs.

An overflight of a ballistic missile, not in orbit but at orbital altitude, might not require any permission. An engine malfunction after the launch could lower such a trajectory into sovereign airspace, however.

Not the answer you're looking for? Browse other questions tagged international-relations military north-korea weapons space .

2
North Korea communications before/during a missile test
10
What has North Korea achieved, by firing a missile over Japan?
40
Why hasn't the US tried to stop the North Korean missiles?
7
What's the relationship between North Korea and Russia?
4
Have arms manufacturers and dealers ever been accused of or convicted of a war crime in the U.S. or by and at an international tribunal?
1
Why does North Korea test their nuclear weapons underground?
10
Why won't China or Russia modernize North Korea's army by selling them modern military equipment?