Does annexation of eastern regions of Ukraine impact elections [closed]

Questions asking for the internal motivations of people, how specific individuals would behave in hypothetical situations or predictions for future events are off-topic, because answers would be based on speculation and their correctness could not be verified with sources available to the public.

I believe it's established that the eastern parts of Ukraine are more pro-Russia than the western parts. (please correct me if I misunderstood that) Does the annexation of Crimea and the potential upcoming Russian attack + occupation change the voting balance significantly? Can we realistically expect further annexation of Donetsk or other parts to result in election of Ukrainian politicians interested in bigger deals with EU or more keen on joining NATO?

Or if that's too hard to answer, a more specific version of that question: how different were past Crimea/Donetsk/Luhansk votes from the rest of the country?

I'll start with your last question:

The last time there was a really close election was in 2010 which had a rather drasitc West/East division: 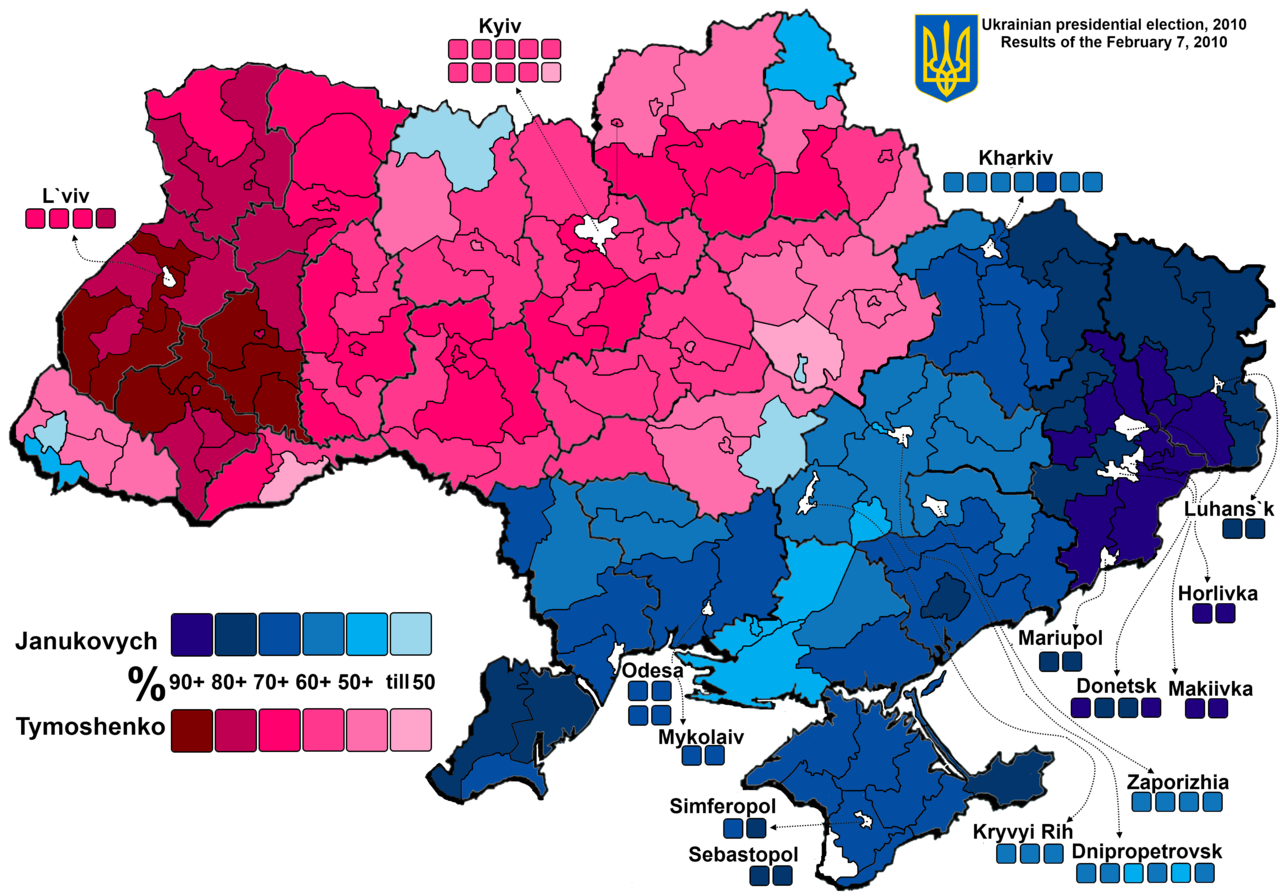 With the winner being Viktor Yanukovych, the favourit candidate of the east. The election before that had similar results: 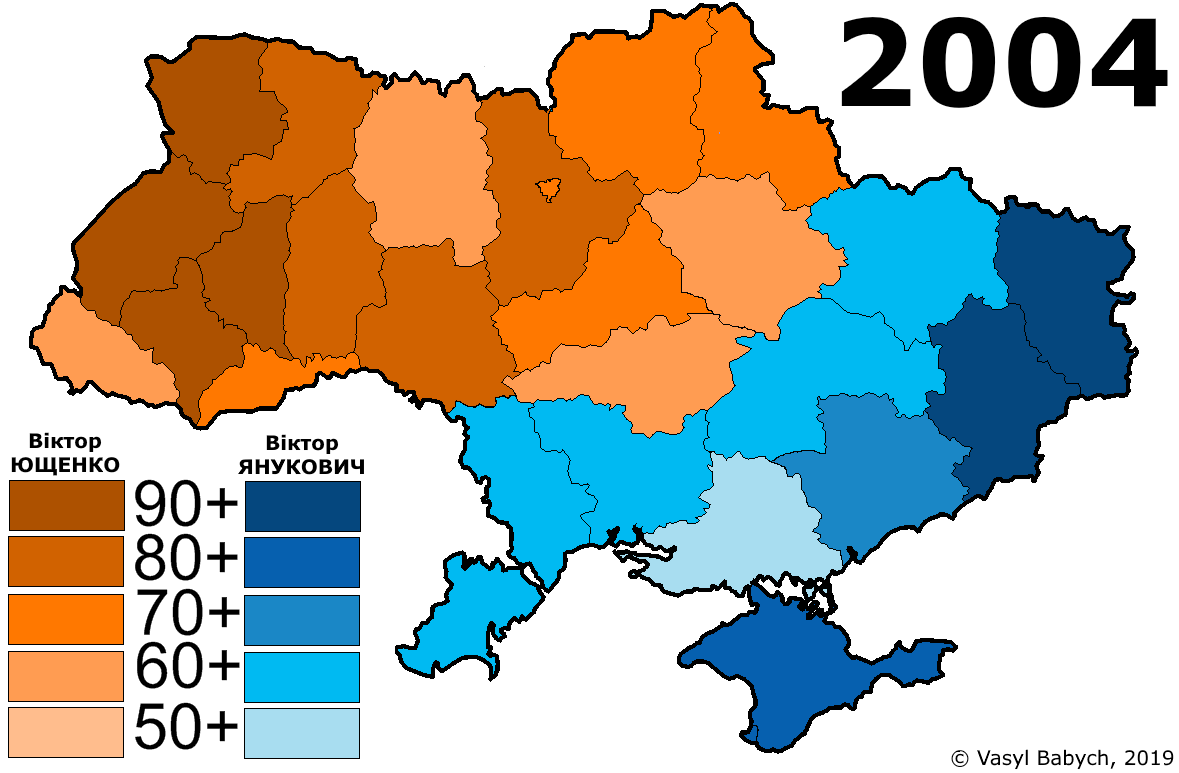 Now since then Donetzk(3-4 million inhabitants) and Crimea (~2 million) have both been annexed. Meaning the election would now most likely go the other way around now (If nothing else would have changed). Ukraine as a whole has about 40 million inhabitants, give or take.

Interestingly the winner of the 2010 election was the loser of the 2006 election, so the political alignment does change.

The other questions are somewhat difficult to answer but it I don't think that is a stretch to think that many people who were on the fence would now lean towards a more western-oriented political opinion with the Danger of them being invaded. 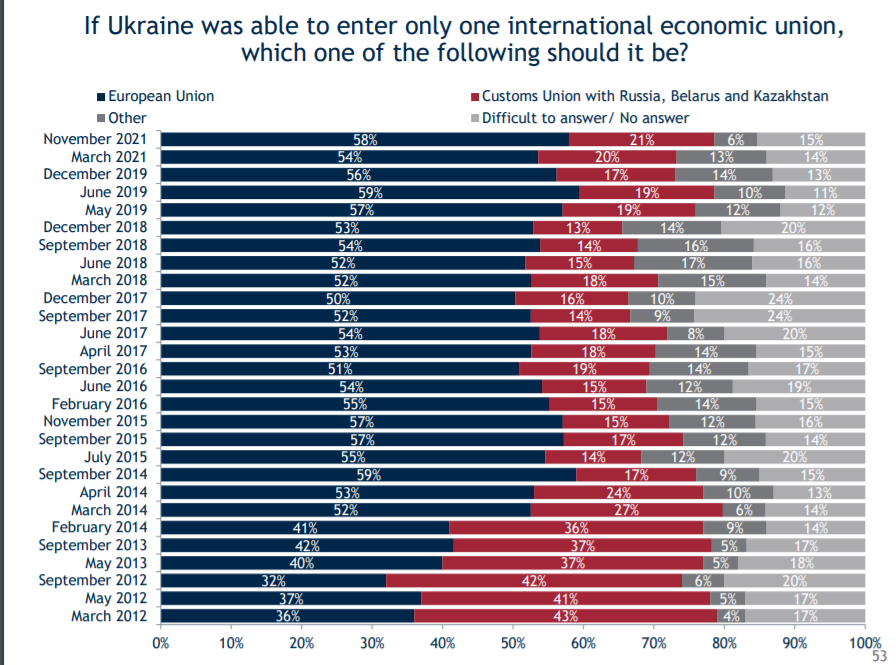 Not the answer you're looking for? Browse other questions tagged voting ukraine .

6
How objectively do Western and Eastern media report about the current Ukraine crisis?
8
Does anyone want Ukraine to be called "the Ukraine"?
11
Why do Crimeans think so differently of Russia compared to the people of Donetsk/Luhansk?
2
How many troops does NATO actually have on the Eastern flank?
10
What does Russia gain by recognizing the separatist regions in the Donbas as sovereign?
7
Do the regions of Donetsk and Luhansk have the right to declare independence from Ukraine under the Minsk Agreements?
28
How could the past NATO expansions in Eastern Europe be seen as justification of the Russian invasion of Ukraine in 2022?